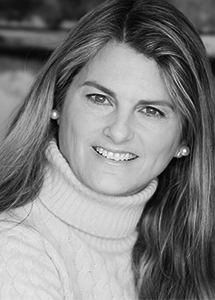 The exciting evening will include cocktails, a seated dinner and will feature special performances by the best of Broadway, and inspiring appearances from extraordinary performers and thought leaders. I hope you’ll consider supporting the WP Theater’s Annual Gala on April 15th at the Edison Ballroom.

Throughout its 40-year history, WP Theater, has been dedicated to developing, producing, and promoting the work of female-identified theater artists at every stage in their careers. We are excited to celebrate Bonnie along with this extraordinary history of 40 years of advocacy for women. Alongside Bonnie will be fellow honorees, actress and activist Amanda Seyfried, and Grammy-winning songwriter Emily Warren.

More on WP Theater and Bonnie

BONNIE COMLEY is a three-time Tony Award-winning producer. She has, also, won an Olivier Award and two Drama Desk Awards for her stage productions. Comley has produced over 40 films, winning four Telly Awards and one W3 Award. She is the founder and CEO of BroadwayHD, the world’s premier online streaming platform delivering over 270 premium live productions to theatre fans globally. She is the recipient of The Actors Fund Medal of Honor, The Drama League Special Contribution to the Theater Award, The Paul Newman Award from Arts Horizons and The Theater Museum Distinguished Service Award. The Music Theatre Program at Boston University is named in her honor, The Musical Theatre Society Room at Emerson College bears her name, the 500-seat theater at the University of Massachusetts Lowell is known as the Comley-Lane Theatre, and The Stewart F. Lane and Bonnie Comley Stage is housed within the Booth Arts Complex in Boston. Comley has served as a keynote speaker or panelist at BroadwayCon, C2E2 (Chicago ComicCon), SXSW, Theatre Resources Unlimited (TRU) and City National Bank Women Entrepreneurs, and taught masterclasses or guest lectured at Columbia University, New York University, Emerson College, NYFA, Five Towns College and UMass, among others.

Please, take a look at Broadway HD website at : www.BroadwayHD.com