March 7, 2022: Yes, Virginia, there are women magicians. This March, Women’s History Month, as we celebrate more visible achievers, Monday Night Magic brings attention to the art as practiced by the distaff side. While only six to eight percent of magicians are women, the number is increasing. Our history is one of witches, psychics, mediums. How many little girls do you know that receive magic kits? 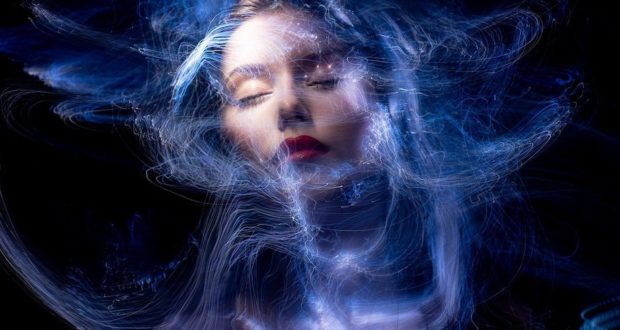 March 7, 2022: Yes, Virginia, there are women magicians. This March, Women’s History Month, as we celebrate more visible achievers, Monday Night Magic brings attention to the art as practiced by the distaff side. While only six to eight percent of magicians are women, the number is increasing. Our history is one of witches, psychics, mediums. How many little girls do you know that receive magic kits?

Traditionally young boys have used tricks as a social coping mechanism. They were also encouraged in math and science, areas that relate closely to creating effects. Historically, with few exceptions, the field was an old boys club but for assistants. A profession that required traveling was difficult and/or unsafe for a woman alone. In general, men’s hands are larger than most women’s, facilitating sleight of hand, their clothes allow for hiding props. None of this is ultimately preventive.

In order to allow people all over the world to tune in, each video will be available for 24 hours starting (very early) on Mondays at 12:01 AM (EDT).  Every week there will be a new video from the treasure chest of episodes produced over the last 16 months. It’s possible to subscribe to the YouTube Channel (and turn on notifications by clicking on the bell, next to “SUBSCRIBE”) to be alerted the moment every episode goes live!

Ekaterina is an internationally renowned magician from Moscow who gained fame from her independently produced YouTube videos. She has since been featured on numerous television networks, including The CW, The History Channel, SyFy, and ITV.

Paige Thompson currently lives in Chicago where she’s become one of the resident magicians at the Chicago Magic Lounge. A long-time dream was fulfilled when she appeared in the “Close-Up Gallery” at the internationally acclaimed Magic Castle in Hollywood, California. Paige has been a featured contestant on FOX’s Showtime at the Apollo and last summer made her debut on the CW’s hit show Masters of Illusion.

Billy Kidd is based in the UK but has performed her magic all over the world. She’s hosted two seasons of Breaking Magic on the Discovery Channel International, and has appeared on ITV, Channel 5 and the BBC in the UK. She was a Wizard on Wizard Wars for Syfy with Penn & Teller and performed on Masters of Illusion with CW network. Billy is a regular performer with Disney Cruise lines and runs her own venue called Krowd Keepers Magic Theatre in Bath, England. She will be in a new upcoming series called Next Stage for the Bell Channel in Canada, a documentary called Before Your Very Eyes hosted by Penn Jillette, and is presently consulting for TV shows with HBO and ITV.

The Magic of Suzanne is unique. Engaging style makes her audience an essential participant in every performance. She’s a favorite at Hollywood’s famous Magic Castle and has been awarded “Close Up Magician of the Year” by The Academy of Magical Arts. Her specialty is close-up magic, but she can be seen on the Pop Network show Don’t Blink as well as the CW Network show Penn & Teller: Fool Us.

Also enthusiastically supporting women in magic on a continuing basis is Magical Women with Connie Boyd a YouTube site created by Boyd featuring guest talks with magicians from all over the world. The artist herself morphed from dancer to circus performer to 25 years as a magician whose work showcases “feminine tricks.” She now produces, directs, consults, mentors, and writes a column for Vanish Magazine based on interviews from her site.

Originally Posted on Women Around Town by Alix Cohen on March 3, 2022