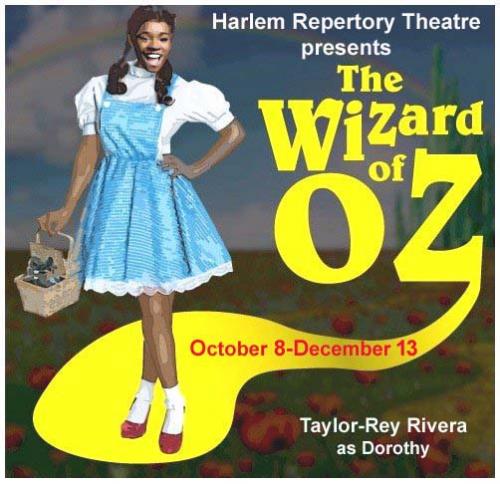 Strap on your ruby slippers and join Scarecrow, Tin Man, Cowardly Lion, Dorothy, her little dog Toto, and those good-and-evil witches for this adaptation, based on John Kane’s for the Royal Shakespeare Company, co-produced by the Yip Harburg Foundation.

The story, which has survived in popularity for six decades [much longer if you include the 1902 adaptation for Broadway], is based on Baum’s Oz books. The film strays quite a bit from Baum’s storytelling. The plot we know today tells of a daydreaming farm the girl who gets caught in a massive tornado and wakes up awash in color in a strange land filled with the little people of Munchkland, mean-spirited monkey soldiers, a dangerous forest, and an all-powerful wizard.

Humming on her way to this land called Oz, with her dog Toto in tow, Dorothy befriends a cowardly lion seeking courage, a tin man without a heart, and a scarecrow with no brain. Once there, she finds the dastardly Wicked Witch of the West is in a quest for her magical red slippers. In her desire to return home, she meets the wizard, who proves anything but all-powerful. She’s finally Kansas-bound with advice from the Glinda, Good Witch of the East, and forever changed by her experience.

“The Wizard of Oz with its eternal allegories is a magical experience everyone loves,” says production dramaturge Deena Harburg, daughter-in-law of the late lyricist [married to son Ernie]. Yip’s classic ‘I wish’ song for Dorothy, ‘Over the Rainbow,’ ends with a question: ‘Why, oh why can’t I?’ The answer is implicit — ‘You can!’ The song launches Dorothy on her journey to the Land of Oz where she discovers she’s a confident leader. By the time she journeys back to Kansas, she’s empowered, as her final jazzy ‘Over the Rainbow’ demonstrates.”

Harburg and legendary composer Harold Arlen’s score includes “Over the Rainbow,” “If I Only Had a Brain,” “We’re Off to See the Wizard,” and “Ding-Dong! The Witch is Dead.” [Hard to believe with the massive popularity of “Over the Rainbow,” but M-G-M almost cut it to shorten the film. How they must have hung their heads in shame when it won the Best Song Oscar!]

Ms. Harburg states “Over the Rainbow” “though classic is under-appreciated for its original intent. It’s a poignant message in our time, when callousness toward the immigrant is one of our leading socio-political concerns.”  In this production, “Over the Rainbow” is reprised several times, once with a calypso beat.

The cast of HRT’s production is multi-racial and features Latino, African-American, Asian, and white, fulfilling, according to Ms. Harburg, “Yip’s vision of a multicultural universe. 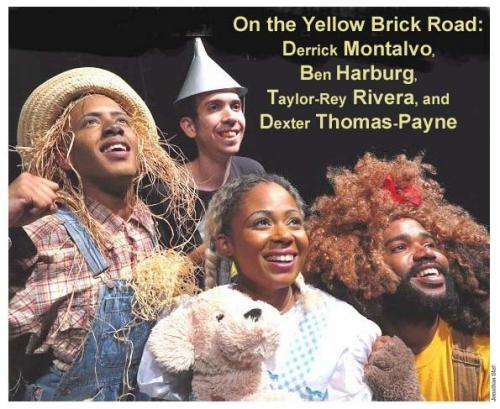 There’re some not-too-subtle progressing thinking in the production,
especially in the feminist department – and all without changing the script. This isn’t surprising since Harburg was known as the “social conscience of Broadway” – his anti-racist, anti-capitalist songs in Finian’s Rainbow are blantanly progressive as is his socially conscious Jamaica, which introduced an interracial cast in lead roles to 1957 Broadway.  [If you have the opportunity, listen to Savannah’s “Ain’t It the Truth,” sung by Lena Horne.] Less we forget, Harburg was lyricist of the Depression anthem “Brother Can You Spare a Dime?”

Ms. Harburg worked closely with her father-in-law. She’s the founding chair of the NYU Tisch Graduate Musical Theater Writing Program, and author of  Fascinating Rhythm: The Collaboration of George and Ira Gershwin.

She reminds us that “Oz is also the story of three strong women–Dorothy and two witches — and illustrates how we need more woman leaders. Munchkinland and The Emerald City reflect Yip’s utopian dreams of egalitarian societies. ‘Over the Rainbow’ expresses the dream for a better life in a far away land, a theme of contemporary resonance.

“One of the story’s themes,” she continues, “is how the weakness of adults forces children to seize their own destinies to grow up themselves.  Dorothy is interpreted as a modern girl and future leader who grows to realize inner confidence. Her three Yellow Brick Road companions are envisioned as people of great potential who only need to actualize the courage, heart, and brains they already have.”

Grant is in the midst of a four-year project presenting four classic musicals with Harburg lyrics. This began in 2009 with Flahooley, and continues with The Wizard of Oz and, next year, Jamaica (music by Harold Arlen, book by Harburg and Fred Saidy), with Finian’s Rainbow (music by Burton Lane, book by Harburg and Saidy), and Bloomer Girl (book by Sig Herzig and Saidy) in 2018 and 2019.