Woman empowered, and the multitude of issues that surround women’s empowerment, sparked the imagination of the Broadway musical this season. Frozen and Mean Girls, in particular, reflect the impact of #MeToo, and the explosion of women demanding that their voices be heard. Indeed, both of these musicals are about sisterhood, in its various guises. And they are each based on stories written primarily for girls, and teenagers. 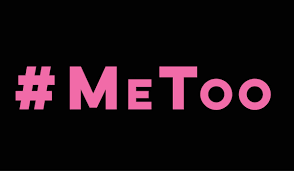 Woman empowered, and the multitude of issues that surround women’s empowerment, sparked the imagination of the Broadway musical this season. Frozen and Mean Girls, in particular, reflect the impact of #MeToo, and the explosion of women demanding that their voices be heard. Indeed, both of these musicals are about sisterhood, in its various guises. And they are each based on stories written primarily for girls, and teenagers.

In keeping with romantic storytelling, of Disney fashion, there’s a prince, Hans (John Riddle). But in this modern age saga, Hans is a total sociopath, seducing Anna, then locking her into her ice palace, with the aim of taking over the crown, and making her beloved Arendelle his own.

Jennifer Lee’s book, based on the movie which she wrote, and derived from Hans Christian Andersen’s The Snow Queen, tells a woman’s story in which the stakes are risky and the journey, dangerous. Whether or not it rivals other popular musicals, with male heroes – be they the constitutional authors of 1776, or the revolutionaries of Les Miz – is the issue.

To achieve that kind of heft, the physical production moves, from extravagantly dramatic and foreboding, to surprisingly comic, to intimate, and even realistic – at times. Converting a gargantuan cavern into an ice palace, sending nearly nude sauna bathers cavorting through a wintery mountain retreat, are among the standout scenes. The most eyepopping, however, is Elsa’s split-second costume change (Christopher Oram, designer) in which she swirls out of her royal gown into an ice-blue party dress in mid-song, Let It Be. In fact, it’s worth noting that Elsa is the first Disney princess to wear pants on stage.

In the musical, Mean Girls, Tina Fey’s stage adaptation of the popular teen movie, which she wrote and co-starred in, a clique of teenage girls eventually gets their comeuppance. Their hateful agenda, and bitchy deeds, reflected in tweets and social media posts projected on the walls of the set, speak to the current fashion of trolling, and generally treating people horribly.

In the musical, as in the movie, the characters are stereotypical exaggerations of those behaviors. Taylor Louderman’s Regina is a control freak who, faced with a near death experience, discovers a shard of kindness within herself. And Erika Henningsen’s Cady, the role played by Lindsay Lohan in the movie, starts out as a good girl. But she falters at the pressures of popularity, and boy/girl relationships, before she arrives at a sense of personal dignity.

Glaring bold pink is a thematic presence, too, in the set by Scott Pask, and costumes by Gregg Barnes. In Casey Nicholaw’s production, the behavior is hormonally edgy, the action peppy. It’s all in your face. But the cautionary tale it relates, about the pitfalls of girlish rivalries, competitiveness, and bullying resonates with everyone.

In a season that delights in cartoon characters, and cartoonish imagery, Mean Girls leads the race in the New Musical category, running neck-in-neck with SpongeBob SquarePants, each with 12 Tony nominations.

Gender, and class, also feature widely in the classic Lerner and Loewe musical, My Fair Lady, currently in revival at Lincoln Center’s Vivian Beaumont Theatre. In keeping with the times, the production places Eliza Doolittle, at the front and center of the production. As portrayed by Lauren Ambrose, this Eliza acts out of her own will, and she enforces it. Helmed by Bartlett Sher, a group of Suffragettes find their way through the center of the production, literally and figuratively.

Women characters who actually have depth may be hard to find in many a musical, or play, but The Band’s Visit, my personal favorite for the season’s best new Broadway musical, paints a picture of two broken characters, an Israeli café owner, portrayed beautifully by Katrina Lenk, and an Egyptian band leader, played with an understated eloquence by Tony Shaloub.

That is really stretching the boundaries, isn’t it! A romance between two emotionally real and vulnerable adults, from two conflicting cultures, set to the music of ouds and violins. It makes the sounds of war, that now riddle us daily, feel unnecessary, and even stoppable.