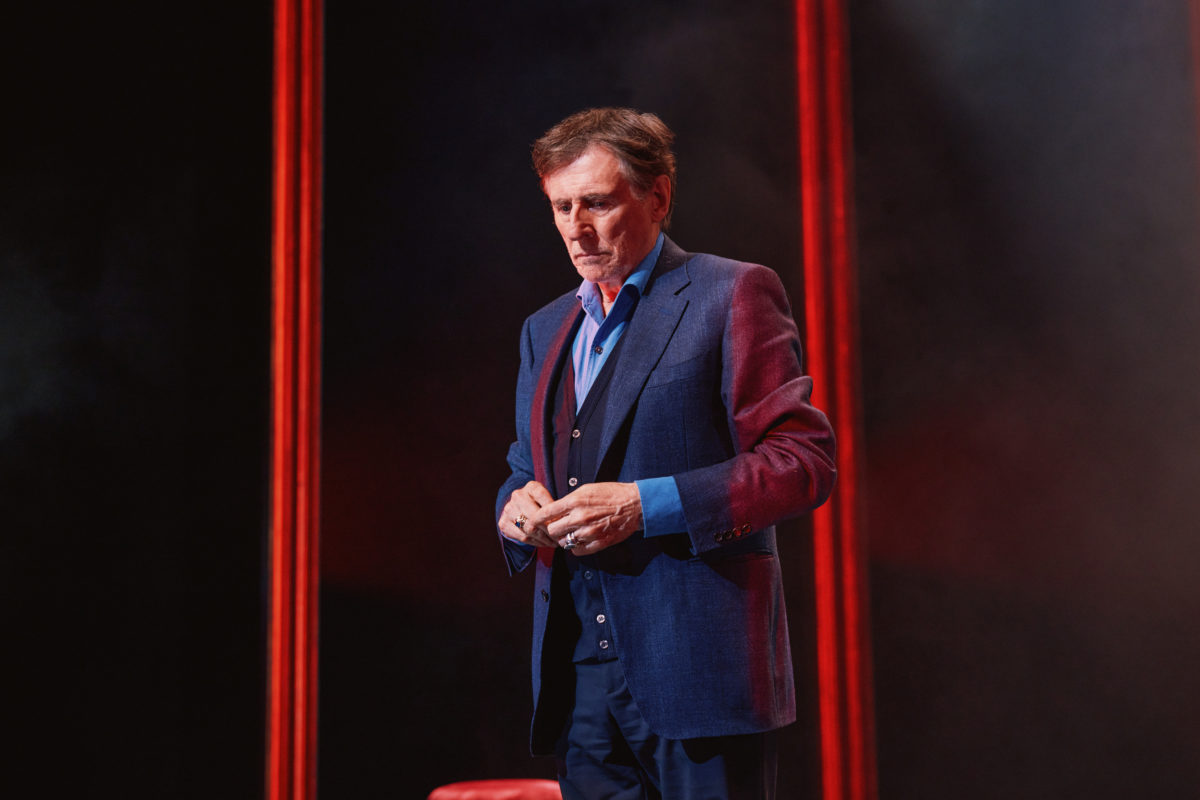 A man who loves exploring though imagination, Byrne writes deft descriptions that jump out, and invite us into a shared revelry. Always expressing his story simply and clearly, he talks about waiting for his father to come home from work at the Guinness Brewery, so he could “hoosh him up into the air” for a game of “Horsey Horsey.” Little Gabriel standing on dad’s “horsey knees”, holds “on tight to the reigns of his belt” in a game that succeeds, when little Gabriel finally tumbles down.

In describing all the characters – the ghosts in his life, Byrne offers a lively sense of their physical realities. Spring Sprong the librarian who “walked like the pavement was a mattress,” speaks to his flamboyantly bouncy walk. And Frank, a grown man who drove his imaginary tractor in the streets, suits an impish Byrne far too well.

Those early memories, set in a pastoral Dublin – “the purple of the lilac, the fields, green and golden, stretching away to the distant hills,” take us back to a bygone era. For Byrne, it is a “haunted landscape”, where he – “the ghost boy” is still running. And when the world became too real, he’d escape into the “dark womb of the picture house” that his grandmother introduced him to. It’s she who also insisted that he go to school, much as he loathed it.

One day, when Gabriel was eleven years old a priest visited the school, and showed the students a film about missionaries “crossing rivers and jungles in faraway countries surrounded by laughing children.” The lure of adventure called, and then the loss of innocence happens…in the hands of an unprincipled priest, a teacher at the seminary.

Now this story about the priests and boys is not new, but for the audience watching this actor with such refined, albeit understated presence and diction, it’s entirely unexpected. Just a few minutes earlier he was a child, gawking at a neighbor “with her new teeth like a row of fridges.”

This is where becoming an adult gets tragic. Returning home at 15, he spends the next decade and a half, trying to find a trade. But neither plumber, dish washer, nor toilet attendant fulfilled him. He felt like he was wasting his life, until he joined an amateur acting troupe, and learned all he could from the lead actor who mentored him.

In one of his more embarrassing stories, he describes his first day on a television show – Ireland’s national sitcom. Clownishly, Byrne imbues his one-line with a pile of motivation, smashes into a statue of the Blessed Virgin, and ticks off the director big time. The actor was on his way.

Unlike the Blessed Virgin, however, his sister crashes in a mental institution, and dies after years of illness, and abusive medical treatment. Then his mother. Then his father. Still, the ghosts he carries.

About his beloved father he opines, “You seemed bewildered by life. And yet, you never questioned the political and economic system which condemned you and your friends to the scrap heap.” Beyond his paternal love, he respected his father’s acceptance of life, of embracing what it is. “You live the life you’re given,” he always said.

In the midst of it all, the actor meets Richard Burton in Venice, where they are starring in a movie together. Along with the glitter, and perhaps because of it, Byrne finds himself falling down drunk in a doorway, waking up not knowing where he is, or how he got there.  He takes a humbling moment to share, “Burton died enfeebled at 58. His spine coated with crystallized alcohol.”

Throughout the 90-minute show, there is little to distract us from the spoken word, which is based on Gabriel Byrne’s memoir of the same title. To his credit, director Lonny Price leaves the actor to his craft, and his ghosts.

Sinead McKenna’s set is basic – stool, chair, small table, and a background of shattered glass. And her lighting plays in the rain, and toils in darkness. The sound effects by Sinead Diskin wake vividly in the midst of Byrne’s lone voice.

Watching the actor express his feelings is like watching water turn to crystal. In his transparency he is a radiant man.