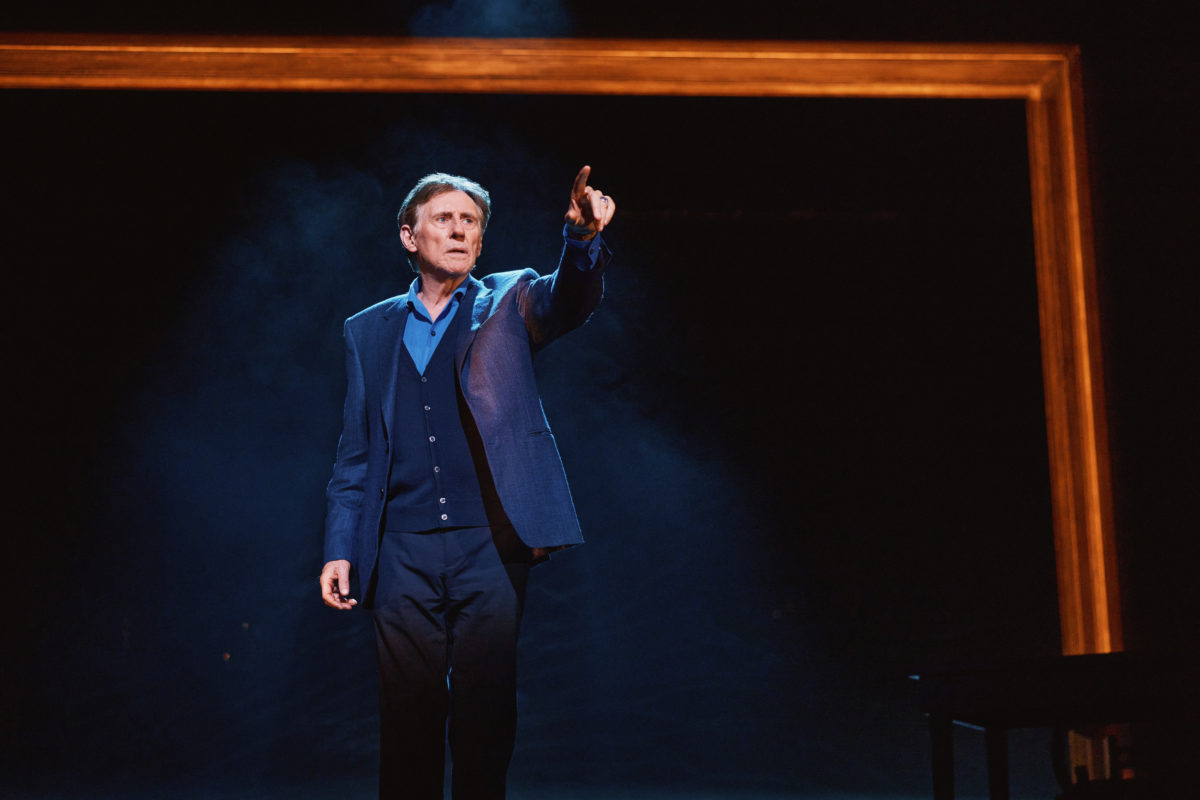 Director Lonny Price has chosen to punctuate these stories with will-timed blackouts. And scenic designer Sinéad McKenna has put Byrne in receding golden frames that lead to a cracked mirror. A table and a few stools give Byrne reason to deliver his monologue from different parts of the stage.

Byrne begins the play where it all began, back in the Ireland of the 1950s. His mother is loving. His father is crusty. The nuns in his school are formidable. Christ, hanging on the cross wearing only his “nappies” is intimidating. Despite Byrne’s great skill in telling a yarn and portraying the various characters involved in the story, there’s nothing unique here.

But then we learn that Byrne had originally intended to enter the priesthood, until the abuse inflicted by a priest closed that path forever. Byrne is searingly honest about the scars left by that experience, but he does not let the episode dominate the show, just as it did not determine his life.

According to Byrne, his future as an actor was not exactly preordained. First, he was an unsuccessful plumber, dishwasher, even toilet attendant. All of which adds a touch of humor to balance the show. What finally led him into acting was an advertisement for amateur actors for a Shakespearean play.

One of the funniest scenes in Walking with Ghosts is when Byrne does a spot-on imitation of the various types of bows taken by the amateur actors: the modest ingenue who secretly thinks she’s stolen the show, the leading man who knows it’s his right to steal the show, the veteran who will never steal the show again.

Byrne relates two other crises in his life, both of which occurred after he achieved fame, the hospitalization and death of his mentally ill sister and his battle with alcoholism. He tells us about these times in his life with restrained emotion. And it is perhaps this very restraint that makes the telling all the more effective.

But what Byrne does not tell us is the meat of magazines like People or Us. Other than one brief and booze saturated conversation with Richard Burton, we hear nothing of the famous people he has known and worked with. We learn nothing about his relationships with women or the children he has had with them. The reason is obvious.

These are the ghosts Gabriel Byrne walks with. They are the people who haunt his days and guide his way. And for two hours we walk with them too.