This year, more than ever, fans will see the mighty expansion of a festival, created in 2003 by filmmakers Robert De Niro, Jane Rosenthal, and her husband, real estate magnate Craig Hatkoff to boost post 9/11 fortunes of Downtown New York as communities there struggled to rebuild.

Events now encompass not just a neighborhood but the whole of Lower Manhattan. The Festival Hub is at 50 Varick Street, East of Hudson Street and between Laight and Beach Streets.

Each year, the TFF has grown and changed. “The first festival we were carrying film cans,” Rosenthal recalls. “Now everyone’s streaming. Technology has changed the way we view new content and where we see it. We’re a festival about stories, not about what screen size it’s on.”

The opening night attraction is Andrew Rossi’s The First Monday in May, a doc about fashion as art.  The closing night special attractions is a 25th Anniversary 4K remastered print of Martin Scorsese’s GoodFellas on April 25 at the Beacon Theatre with a post-screening conversation with the film’s stars and director by Jon Stewart. 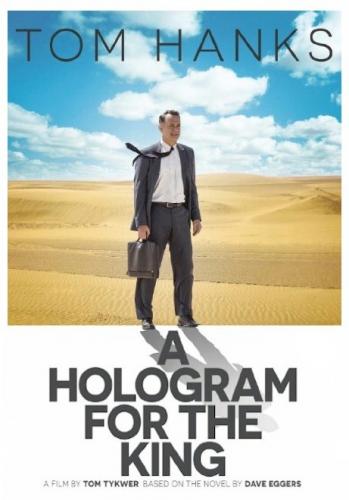 Among anticipated features is A Hologram for the King, a horrible title for a must-see multi-international co-production set in Saudi Arabia and headlining Tom Hanks in one of his most exhilarating performances as a frustrated IT wiz stuck in the “desert” dealing with royal protocol, which leads to a life-changing adventure; Liza Johnson’s intriguing Elvis & Nixon, the “untold story of the meeting of the King of Rock ‘n Roll, portrayed by the incredible Michael Shannon, and the President, played by the compelling Kevin Spacey, pre-Watergate, Christmas 1970; and Johan Grimonprez’s doc Shadow World, which examines the arms industry and how it’s mutated into an indestructible hydra (featuring journalists Jeremy Scahill and Chris Hedges). 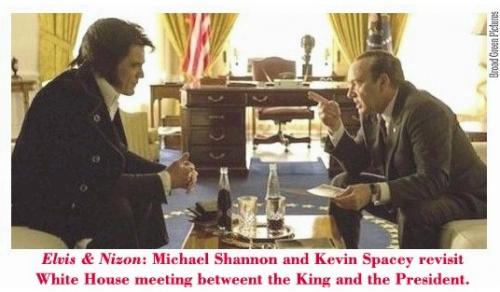 Diversity in filmmaking is evidenced by the fact that a third of the Fest line-up is helmed by women, including Mia Wasikowska , a contributor to the shorts anthology Madly, and Sophia Takal with the feature Always Shine.

Virtual Arcade April 18-23, sponsored by AT&T, debuts 23 exhibits and interactive installations, including 15 world premieres, that expand time, space, and movement. Among them: The Allumette (a cruise through the animated world above the clouds and streets of L.A.’s South Central), Dragon Flight (a fire-breather embarks on a journey to do battle against a duplicitous sorcerer), and The Crystal Reef (a marine scientist demonstrates the future of climate change off the coast of Italy), and Invasion (interactive anime which follows menacing aliens who claim Earth s citizens – white, fluffy bunnies — rise up to defeat them).

Storyscapes is devoted to installations, which include Seances, “a nested series of stories” by Guy Maddin, and SENS, “which replicates the experience of going blind, thus awakening other senses.”

There’s also a TV section, “a kowtow to how television is now in some ways more powerful than film.”  Highlights will be the season finale of Broad City and[as above]episodes of The Good Wife.

Programming and the list of panel discussions, celebrity/creatives appearances, and special and free events, such as Tribeca Family Street Fair and Tribeca Drive-In, is vast. For event guide, screening calendar, schedules, venues, and ticket information (including the red carpet VIP Experience], visit www.tribecafilm.com/festival. Follow on FB, Tumbler, and Twitter.