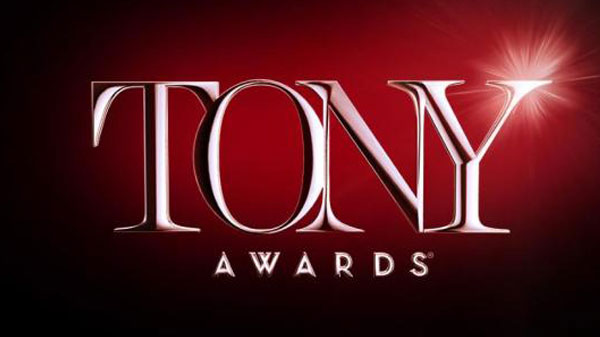 “We are thrilled to recognize Rosemary, Terrence and Harold with the Special Tony Awards for Lifetime Achievement in the Theatre,” said Heather Hitchens, President of the American Theatre Wing and Charlotte St. Martin, President of The Broadway League.  “They are pioneers in each of their crafts and their contributions to American Theatre and culture has been immeasurable.”

Rosemary Harris, a Tony Award winner for Best Actress for her performance in The Lion in Winter (1965), is currently starring as Mrs. Higgins in Lincoln Center Theater’s award-winning production of Lerner and Loewe’s My Fair Lady. Her other 25 Broadway credits include Tony nominations for The Royal Family (2009), Waiting in the Wings (1999), the LCT production of Edward Albee’s A Delicate Balance (1996), Hay Fever (1985), Pack of Lies (1984), Heartbreak House (1983) and Old Times (1972).  She won the Theatre World Award for The Climate of Eden (1952) and was a founding member in Ellis Rabb’s APA-Phoenix Company (1960-67). Her London theater credits include Dame Laurentia McLachlan with John Gielgud in his farewell theatre performance in The Best of Friends (1988); All My Sons (1982); Desdemona opposite Richard Burton in Othello (1956, Old Vic); and at The Royal National Theatre, Ophelia with Peter O’Toole in Hamlet (1964) and Yelena with Laurence Olivier in his celebrated production of Uncle Vanya (1964).  Off-Broadway: All Over (Obie Award, 2003).  Films include Aunt May in Sam Raimi’s Spider-Man trilogy and Tom and Viv (Oscar nomination). TV: An Emmy Award winner for “Notorious Woman,” and a Golden Globe Award winner for “Holocaust.”

Terrence McNally has had a remarkably far-ranging career, including at least one new work on Broadway in each of the last six decades. A revival of his play Frankie and Johnny in the Clair de Lune begins performance on Broadway on May 4, starring Audra McDonald and Michael Shannon.  In 2018 he was inducted into the American Academy of Arts and Letters. He is a recipient of the Dramatists Guild Lifetime Achievement Award and the Lucille Lortel Lifetime Achievement Award. He has won four Tony Awards for his plays Love! Valour! Compassion! and Master Class and his musical books for Kiss of the Spider Woman and Ragtime. He has written a number of TV scripts, including “Andre’s Mother,” for which he won an Emmy Award. He has received two Guggenheim Fellowships, a Rockefeller Grant, four Drama Desk Awards, two Lucille Lortel Awards, two Obie Awards, and three Hull-Warriner Awards from the Dramatists Guild. In 1996 he was inducted into the Theater Hall of Fame. He wrote the libretto for the operas Great Scott and Dead Man Walking, both with music by Jake Heggie. Other plays include Mothers and Sons; Lips Together, Teeth Apart; The Lisbon Traviata; A Perfect Ganesh; The Visit; The Full Monty; Corpus Christi; Bad Habits; Next; The Ritz; Anastasia; It’s Only a Play; Where Has Tommy Flowers Gone?; and The Stendhal Syndrome.

Harold Wheeler is an accomplished orchestrator, composer, conductor, record producer and arranger. In a career spanning more than five decades, he has received numerous accolades, including Emmy, Tony and Drama Desk nominations and a lifetime achievement award from the NAACP Theatre Awards.   Born in St. Louis, Missouri, Wheeler began studying piano at age five, when he played for Sunday school at his church. He continued his studies through elementary and high school, which eventually led him to Howard University. While at Howard, Wheeler met other budding musical talent, including Roberta Flack, Donny Hathaway and his future wife, Hattie Winston. Upon graduating, he attended the Masters of Music program at the Manhattan School of Music in New York. Although best known for his 17 seasons as musical director for the ABC show Dancing with the Stars, Wheeler has enjoyed many years of success over several mediums.  Wheeler started his career as an assistant program director for CBS-FM Radio and began composing his own music and coaching other performers. Wheeler’s talents led him to legendary composer Burt Bacharach, who hired him to conduct his musical Promises, Promises. At the time, Wheeler became the youngest conductor on Broadway. He would go on to work on some of Broadway’s most memorable shows, including: Ain’t Supposed to Die a Natural Death, A Chorus Line, The Wiz , Lena Horne: The Lady and Her Music and Dreamgirls . He has earned six Tony Award nominations for his work on The Life , Little Me , Swing, The Full Monty, Hairspray and Dirty Rotten Scoundrels , and won a Drama Desk Award for his work on Hairspray. In addition to his theatre work, Wheeler gained extensive experience in television and film. In 1971, he formed his own jingle house. Throughout the decade he composed, arranged and produced more than 500 jingles for companies such Pepsi, Coca-Cola, TWA, United Airlines, McDonald’s and Folgers. Wheeler has served as musical director for special events, including the Primetime Emmy Awards, the People’s Choice Awards, the Democratic National Convention and the American Film Institute Awards, and served as co-musical director for the Opening and Closing Ceremonies of the 1996 Olympics. Wheeler was the second African-American to conduct the Academy Awards, and has done so on four occasions. In 2018, he earned an Emmy nomination for Outstanding Music Direction for his work on the 90th Academy Awards. Wheeler has arranged and produced for Aretha Franklin, Anita Baker, Peabo Bryson, Della Reese, Nina Simone, B.B. King, Smokey Robinson, Diana Ross, Freda Payne, Kathleen Battle, Ray Charles, Stevie Wonder, Al Green, Joe Cocker, Dizzy Gillespie, Gloria Gaynor, Whitney Houston, Stephanie Mills, and Debbie Allen among scores of other performers.

The Nominations for the 2019 Tony Awards will be announced live, by Bebe Neuwirth and Brandon Victor Dixon, on Tuesday, April 30, 2019 from the New York City Public Library for the Performing Arts at Lincoln Center. The event will be streamed on Facebook LIVE (at Facebook.com/TheTonyAwards), and covered by CBS This Morning at 8:30am ET.

Follow the Tony Awards on Twitter and Instagram for real-time updates on the nominees as they are announced (@TheTonyAwards). The entire announcement will also be available on TonyAwards.com after the event.