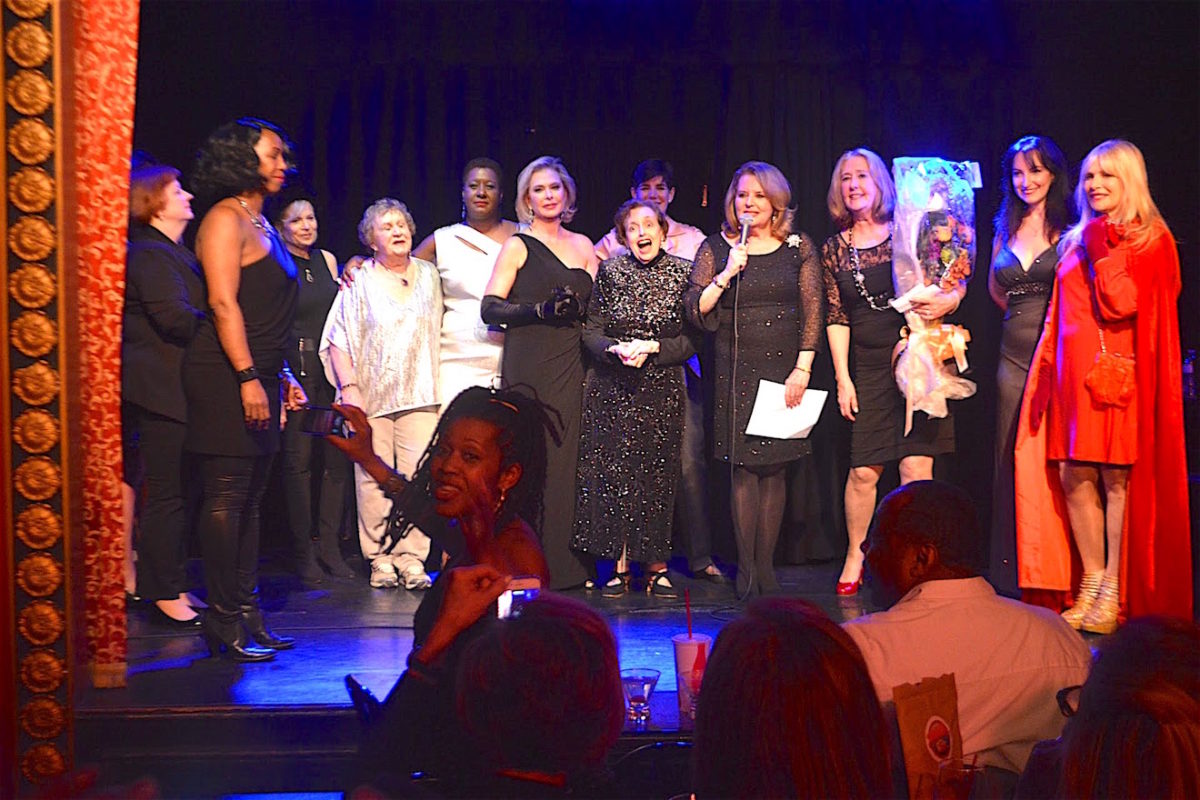 The winner was Teresa Fischer, an executive assistant for an Executive Search firm by day, who sings at various cabaret venues…Runners up were Audrey Givens, a former child performer, Lissa Joseph, a retired school secretary for the NY Board of Education and Cathy Szabo who runs a seafood catering business.

Randie Levine-Miller, hosted as well as  co-produced  (with Cheryl Benton of Thethreetomatoes.com)  the talent competition featuring women over 40 who have segued to other careers, and don’t currently make their livings in show business.

According to Levine-Miller: “Some of our performers started out to be pros, but “life” took them in other directions.  But now they’re back…and some are as fabulous as current “pros” in the business!”

For the fourth year in a row, the judges were show business veterans: Beth Fowler, Tony Award nominated actress/singer, as well as SAG Award winner for Netflix’s “Orange Is the New Black”; Margaret Colin, TV and Stage Actress, currently in NBC’s “Shades of Blue”; and Alyce Finell, co-director of The Mabel Mercer Foundation. Also, Paul Chamlin was Musical Director for the 4th year in a row!

Kathleen Waters, last year’s winner, was  a special guest performer, as was Edna Kaufmann, a runner up in 2014 and Karen Nason, who won the first Tomatoes Got Talent Contest in 2013

“The bottom line is never give up on your dream,” says show co-creator Cheryl Benton, whose popular website and e-newsletters, The Three Tomatoes (thethreetomatoes.com) is “The Insider’s Guide for Women Who Aren’t Kids”.
Photography: Maryann Lopinto