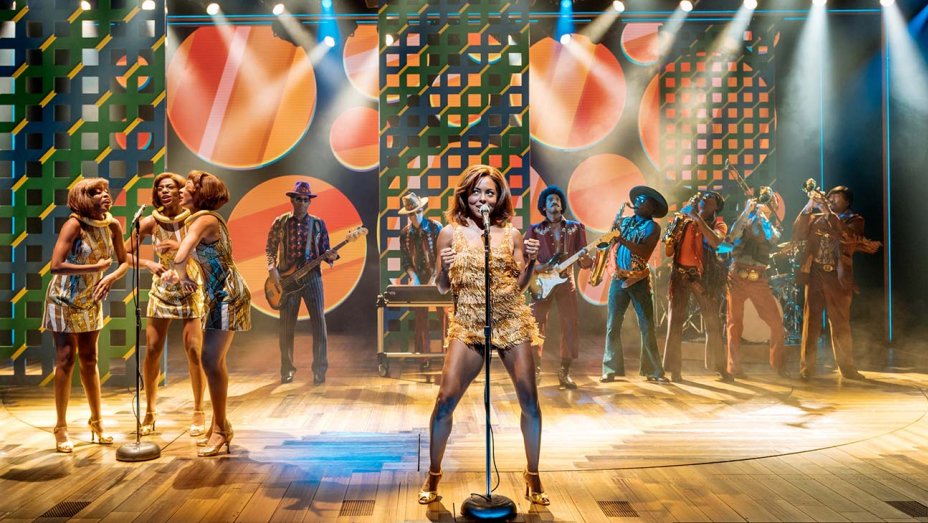 Born Anna Mae Bullock, the legend of Tina Turner begins in the cotton fields of Tennessee in the 1940s. For those of us who feel as if we grew up with the rock star it’s shocking to see her roots. As a singer, she never made us aware of cotton pickin’ in her music and certainly not in her presence on stage. Anything but. She was a house on fire.

Sadly, her childhood was shrouded by a mother who never wanted her and a father who waged violence at home. “What’s love got to do with it?”

For many of us her tale of domestic violence, a classic one well before the #MeToo era, is rooted in her relationship with Ike Turner, the man who helped her run away from that abusive home, married her, and made her famous. He also beat her, refused to pay her any of the money she earned, stole her music, screwed other women, and beat their two sons. Life with Ike, as we see in Act I, brought the violence, poverty and depravity she experienced early in life to a new high.

As told here, there weren’t any intermissions for Tina; no time outs in her struggle to survive. Nor are there for Adrienne Warren who portrays Tina Turner in this new juke box musical. On stage Warren rips like a thunderbolt of emotional truth, physical energy, incredible moves and a voice which is her own. She also is and looks quite delicate.

While vocally she’s not as gritty or hoarse sounding as Turner, Warren takes command of Turner’s songs and delivers them with extraordinary strength. She’s piping hot, gorgeous, and outrageous. As the song goes, “She made my blood run cold/Sent cold chills all through my soul.”

The book for the musical is from Frank Ketelaar and Kees Prins with Katori Hall, author of The Mountaintop, her Olivier award-winning drama about Martin Luther King. Here the story delves feverishly into Turner’s troubled world. Juke box musicals don’t necessarily do this well. Neither Cher, nor Beautiful the Carole King Musical, nor On Your Feet, about Emilia and Gloria Estefan, reach for those raw heights, or splay rock star guts in quite this way.

Culturally, the musical connects with the turbulient years in America during the 60s when even famous African Americans were denied the opportunity to stay in a hotel. Danger everywhere.

That the directorial mastermind for this production is the British director Phyllida Lloyd comes as no surprise. Her production of Julius Caesar with an all-female cast set in a prison was extraordinary. Keenly attuned to women’s stories, Lloyd also directed Janet McTeer and Harriet Walter as fierce political and personal opponents in Mary Stuart on Broadway. Her movie The Iron Lady, brought Meryl Streep her third Oscar.

Among her famous hits, We Don’t Need Another Hero, Private Dancer and The Best remain among the greatest of women’s anthems. If there’s a show to see on Broadway right now, Tina is it.