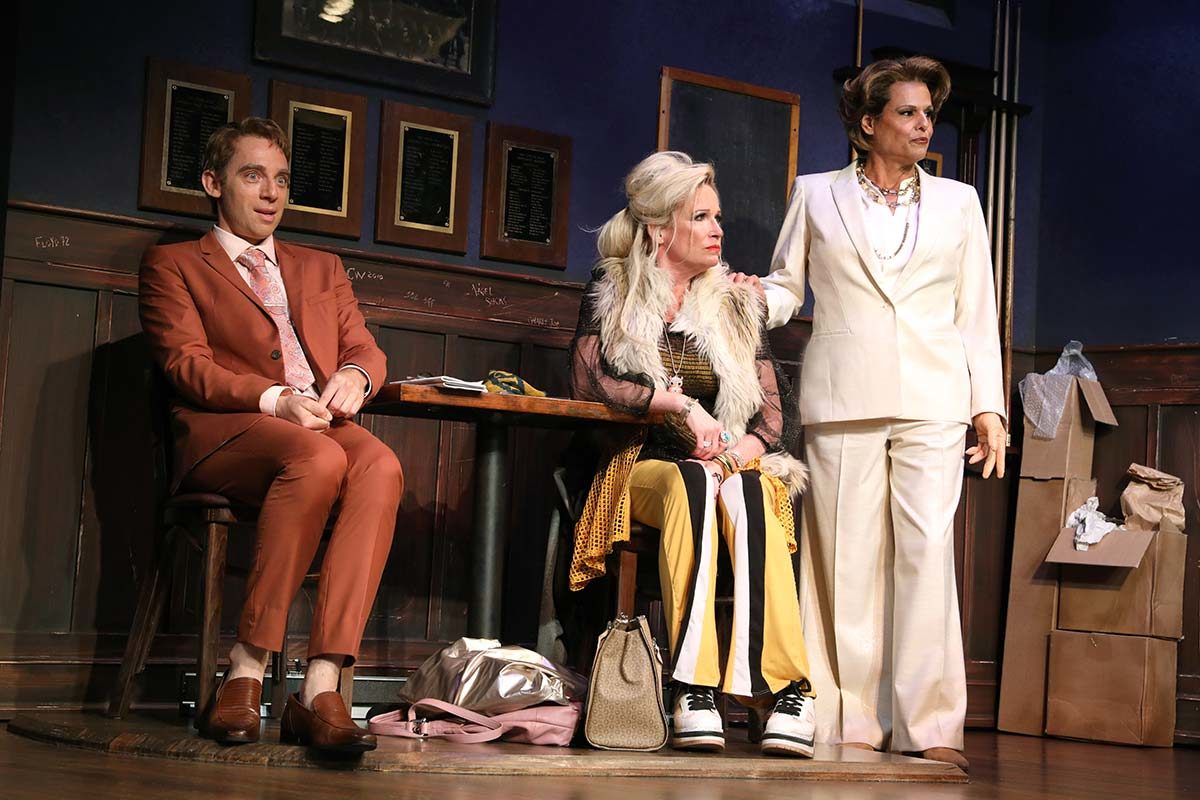 The titular Nap refers to the grain of the green cloth on snooker tables. Originally a British sport, snooker is like our game of pool, but it’s historical development and the culture that surrounds it are completely different.  In modern times, it’s a worldwide sport, with championship matches, and financial stakes.

As the play opens, Dylan Spokes (Ben Schnetzer), a successful professional snooker player, is practicing his game in a seedy Sheffield pub, and sharing tales with his ex-con dad, a sweetly appealing John Ellison Conlee. Sheffield, being the home of snooker, is a kind of mecca for the pub-centric sport.

Schnetzer’s Dylan is a wide-eyed, millennial-appealing vegetarian, whose innocence, it turns out, is a big draw for con artists. Enter the cops – a flirtatious young woman played by Heather Lind, and her consort, a threatening authority portrayed by Bhavesh Patel. Their story about match fixing places Dylan at the center of criminal activity, and threatens his career.

Director Daniel Sullivan drives this big game of fraud into a rabbit hole of deceits and misadventures, mining the farce with exquisite flare. The much-exaggerated characters who interact over the game include Max Gordon Moore as Dylan’s over the top agent. His physical comedy and bizarrely colored suits (Kaye Voyce) are loudly out of place in designer, David Rockwell’s seedy Sheffield pub. But that is just the start.

Johanna Day, a recognizable dramatic presence on many a New York stage, is totally unrecognizable here, as Dylan’s mother, Stella Spokes. Dressed really oddly, in bright yellow, with hair that dwarfs the rest of her, she plays the cheap and narcissistic mom of the sports star. Her partner in crime Danny Killeen (Thomas Jay Ryan) is filthy and indestructible in his pursuit of The Pound. And her ex-boyfriend, now transitioned into an elegantly beautiful woman, by the name of Waxy Bush, is Dylan’s sponsor. Their antics and manipulations are deft, and remain opaque, at least for a while.

Anyway, it’s full blown comedy, and a very well-acted farce flaunting innocence as well as romance. I, for one, felt completely snookered.