April 21, 2022: Nothing can replace the book, “The Little Prince,” not really replace it, especially when it’s one of the first books you ever read. As immediately engrossing as it is upon first encounter, it left a lasting impression. But that was then, when I felt like I lived on another planet, and I needed a friend. 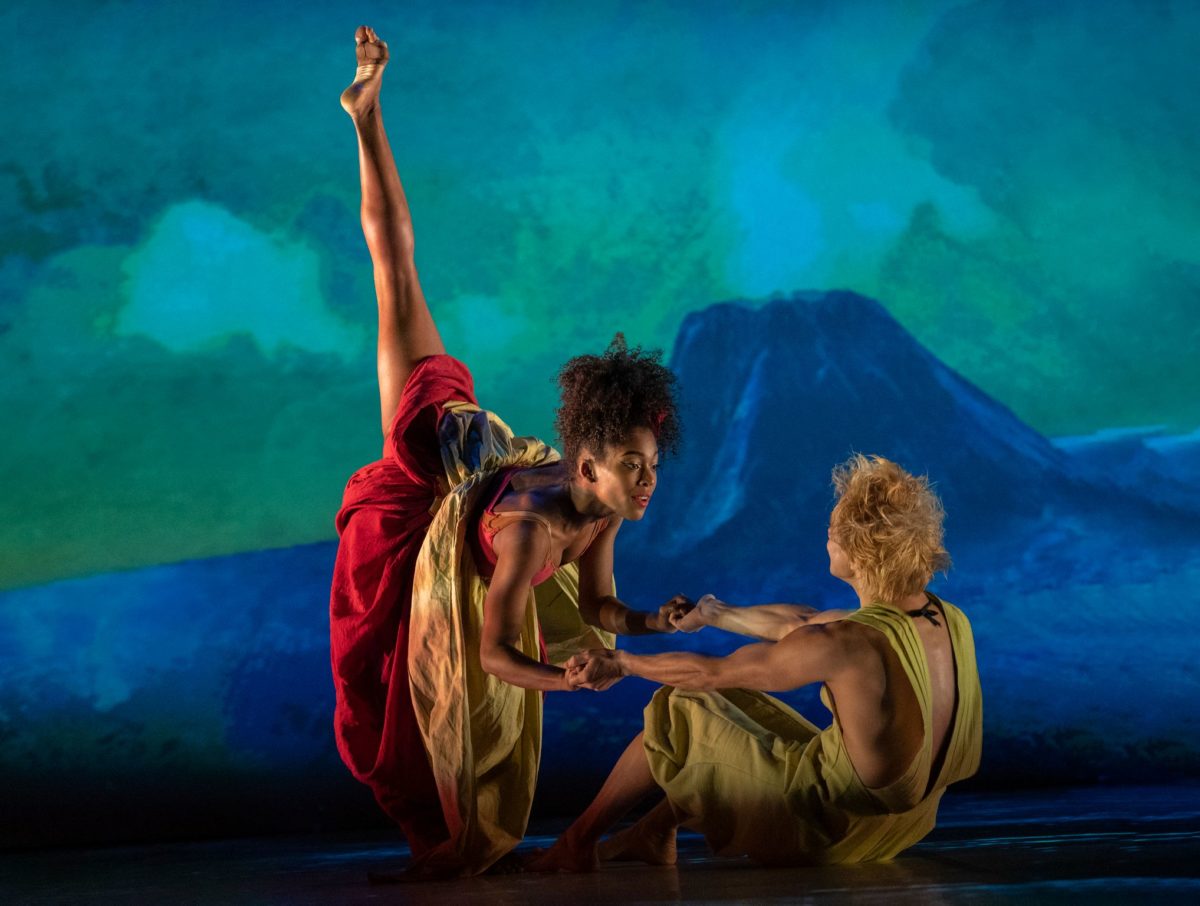 Laurisse Sulty (The Rose) and Lionel Zalachas (The Little Prince)

April 21, 2022: Nothing can replace the book, “The Little Prince,” not really replace it, especially when it’s one of the first books you ever read. As immediately engrossing as it is upon first encounter, it left a lasting impression. But that was then, when I felt like I lived on another planet, and I needed a friend.

As produced for the stage, “The Little Prince” is a fascinating blend of ballet, theatrical arts, and high end multimedia. Its original music, gorgeous staging, and beguiling projections evoke the gift of imagination one experiences reading “The Little Prince” for the first time. Only this time, the imagination is theirs – the creators Anne Tournié and Chris Mouron, bringing the young man, his aviator friend, their sheep, the rose, and all the characters they meet, to life.

That the sensory elements – light, movement, sound are all so beautifully wed makes every moment intriguing. One of the Prince’s first discoveries is the sheep. We see the dancers costumed in white woolen balls with bobbly heads. They’re hoofs are fast – the dancers’ fleet of foot.

Later, when the Prince dreams about the sheep, we watch puffy white balls painted in the sky, in real time. Plucking strings accompany their movement, which looks precise and staccato-like. Then the sound effects of the sheep braying emerge.

Director/choreographer, Anne Tournié, best known for her work with aerial acrobatics, creates dizzying ballets that feel lifted – lofty in fact, especially when the dancers are grounded. Such is the dance of The Rose. Laurisse Sulty enchants us in this role. While her movement is strong, she is dainty, and carries a divine sense of melody. Moving across the stage, with her petals tightly held around her face and upper body, she holds mystery.

As designed by Peggy Housset, the head of the flower is made of two swaths of cream colored silk which unfold the reveal the head and shape of a woman. True to the drawings of \ Antoine de Saint-Exupéry, the costumes are adorable, very colorful, and iconic.

Lionel Zalachas as the Little Prince has a manly physique, but his innocence remains pure, and his aerial skills are exquisite. Aurélien Bednarek in the role of The Aviator is a powerfully dynamic dancer. What a commanding presence he brings to this tale!

With a fierce sense of duty, The Switchman, played by William John Banks uses a bathroom plunger to execute his duties. A much deluded businessman, played by Adrien Picaut, acts like he owns the stars. All of the performers are extraordinary acrobats – Marcin Janiak as The Lamplighter swings with the street lights, under them, and on top of them.

Narrating the story, Chris Mouron, Anne Tournié’s longtime collaborator, draws on the Folies Bergère, the circus, and the electroacoustic music of John Cage.  While modernly attired with florescent colored hair, her tailcoat evokes men’s fashion of the belle epoque. She is most enchanting in song.

And who better to compose them, but Terry Truck, a popular German cabaret singer. Tournie’s and Moruon’s longtime collaborator. Along with Tristan Viscogliosi’s sound design, the music morphs with reality, flooding our imagination.

Visions of the fleur de lys bursting midair are a bit more difficult to explain. They’re designed by Marie Jumelin with Etienne Beaussart engineering the technical aspects of projection. It’s the sophistication of these production elements – the spectacle of it, which contribute to the show’s worldwide appeal. The show arrives on Broadway, following success in Paris, Sydney, and Dubai.

Ironically, or not, the Narrator’s quintessential statement stands, What is essential is invisible to the eye”. Whether playing among the constellations, observing the movement of planets, or swinging over the audience, the performers are given great range and freedom. That part is a lot of fun.