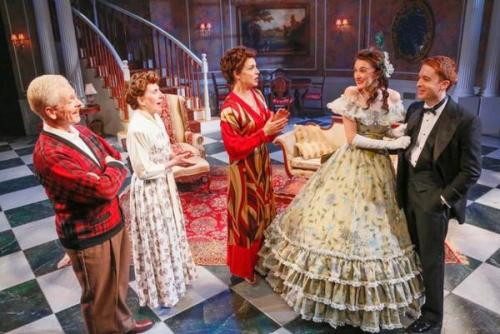 Atlanta, 1939. It’s the premiere of Gone with the Wind, it’s the party of the year, and everything is about to change. The wealthy and important Freitag family is looking forward to Ballyhoo, the lavish German Jewish country club ball, and all it will mean for daughters Lala and Sunny. But life turns upside down when their uncle brings home his new employee, a handsome Eastern European bachelor from Brooklyn. Everyone must confront their own beliefs, prejudices, and desires. The family will never be the same as they take a journey filled with comedy, romance, and surprising revelations.

“The Last Night of Ballyhoo is a great romantic comedy by one of our greatest living American writers, and we are delighted to celebrate the 20th Anniversary of this Tony Award-winning play’s premiere as part of our 25th Anniversary at Bay Street,” says Artistic Director Scott Schwartz. “With his light and comedic touch, playwright Alfred Uhry brings us a story about family and Jewish identity, and explores questions of cultural assimilation and religious purity. These are timely issues for all of us as Americans, be you Jewish, Christian, Muslim, or from any other faith. I am excited to see this amazing cast and brilliant team of artists create the most glamorous party of the year on stage at Bay Street and bring life to Uhry’s complex and refined mothers, daughters, sons and lovers.”

Previews are sponsored by Peconic Landing.

STUDENT SUNDAY MATINEES returns this summer for the Mainstage Season, High School and College students can receive (1) FREE admission for the 2pm Sunday performances of THE LAST NIGHT OF BALLYHOO. Student ID must be shown.

Returning this year are TALKBACK TUESDAYS with members of THE LAST NIGHT OF BALLYHOO cast following each Tuesday performance except for preview week. The talkbacks will also feature special guests, including Rabbi Daniel N. Geffen from Temple Adas Israel in Sag Harbor on Tuesday, July 5.  The Rabbi will discuss his reactions to the play with the cast, and will also talk about his childhood in the South during the time when the play is set.
Photos: Lenny Stucker 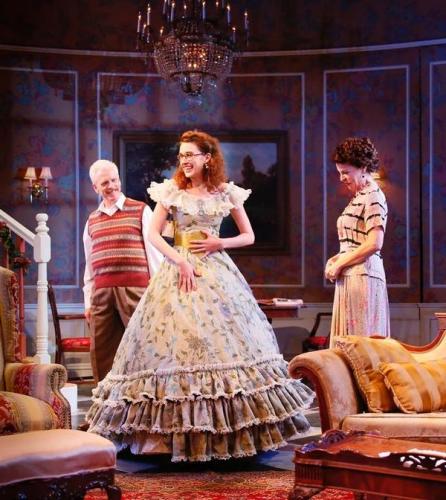