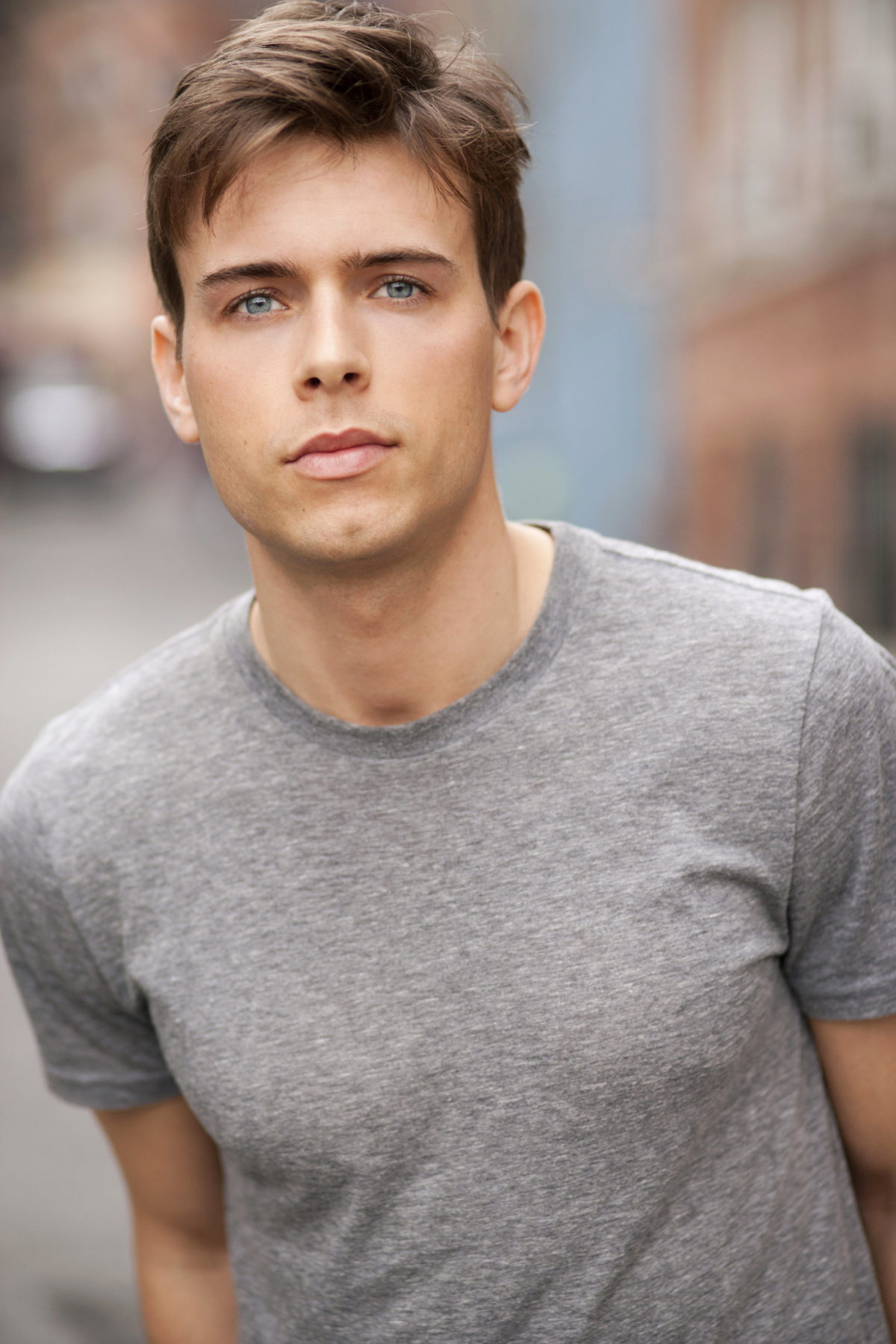 Bay Street Theater is pleased to announce two of the three productions planned for the 2019 Mainstage Summer Season. The first will be the World Premiere of SAFE SPACE, which will run from May 28 – June 16. This new play is by Alan Fox and will be directed by three-time Tony Award Winner Jack O’Brien (The Hard Place, Hairspray, The Coast of Utopia). The second production, which will run June 25 – July 21, will be announced soon. The third show will be a newly envisioned musical production of Irving Berlin’s ANNIE GET YOUR GUN, which will run July 30 – August 25; with music and lyrics by Irving Berlin, book by Herbert & Dorothy Fields. This production will be directed by Sarna Lapine (Sunday in the Park with George, Bay Street’s Frost/Nixon). The cast and creative teams will be announced soon. Subscriptions are available by calling the Box Office at 631-725-9500 or online at www.baystreet.org.

SAFE SPACE is set at an elite university and explores political correctness and the reaction to triggers on campus in America today.  When a star African-American professor faces accusations of racism from a student, the head of the college must intervene, setting off an explosive chain of events where each of them must navigate an ever-changing minefield of identity politics, ethics, and core beliefs.

Irving Berlin’s ANNIE GET YOUR GUN is one of the best-loved musicals of Broadway’s Golden Age. It tells the story of sharpshooter Annie Oakley, who starred in Buffalo Bill’s Wild West Show, and her tempestuous romance with fellow sharpshooter Frank Butler.  Acclaimed director Sarna Lapine will bring a fresh, modern approach to the story, incorporating elements from Dorothy Fields’ original book to create the strongest and most revolutionary Annie Oakley you’ve ever seen.  This musical includes such beloved songs as There’s No Business Like Show Business, Anything You Can Do, and I Got Sun in the Morning which will be performed by a country western, bluegrass band.

“We are thrilled to announce two of Bay Street’s 2019 Mainstage Summer Productions,” says Scott Schwartz, Bay Street Theater’s Artistic Director. “With the world premiere of a searing new play directed by one of America’s leading theater artists, and a visionary revival of a classic musical directed by a rising star, Bay Street will again offer our audiences productions that I know will be the talk of the East End all summer long.  Bay Street is a center for new work and bold revivals of classics, and 2019 promises to be one of our most exciting seasons yet!”

SAFE SPACE playwright Alan Fox burst onto the scene with his play SAFE SPACE, which is set to premiere this summer at Bay Street Theater.  SAFE SPACE caught the attention of Amy Pascal, who is now producing Alan’s feature adaptation of the play, as well as his untitled movie about Charlie Chaplin.  On the TV side, Alan is adapting his novel A Mannequin Life as a TV series with ABC Signature and Kerry Washington’s Simpson Street producing.

SAFE SPACE director Jack O’Brien is a three-time Tony & Drama Desk Award winning director, member of the Theatre Hall of Fame, and author of Jack Be Nimble, a memoir published by Farrar, Straus & Giroux in 2013. Jack won the Tony for Best Direction of a Musical and Drama Desk Award for Outstanding Director of a Musical for his 2003 Broadway production of Hairspray. He received the Tony Award for Best Direction of a Play and Drama Desk Award for Outstanding Director of a Play for Henry IV and The Coast of Utopia I, II, & III. Additional Broadway credits include Porgy & Bess (Tony & Drama Desk Nom.), Damn Yankees, Lillian Hellman’s The Little Foxes, The Full Monty (Tony Nom. & Drama Desk Winner), Tom Stoppard’s The Invention of Love (Drama Desk Winner), Dirty Rotten Scoundrels (Tony Nom.), Catch Me If You Can, Dead Accounts, Macbeth, It’s Only a Play, The Front Page, and Charlie and the Chocolate Factory. His production of The Good Doctor and Broadway revival of Most Happy Fella were produced for PBS, and Jack’s Street Scene was televised on “Live from Lincoln Center.” Most recently, Jack directed the Spring 2018 Broadway revival of Rogers & Hammerstein’s Carousel and the Fall 2018 production of Tom Stoppard’s new play The Hard Problem at Lincoln Center.

Irving Berlin, the composer of the music and lyrist for ANNIE GET YOUR GUN, was born in Tyumen, Russia, on May 11, 1888, and immigrated to New York as a child. He would become one of the most popular songwriters in the United States, with hits like Alexander’s Ragtime Band, What’ll I Do, God Bless America, and White Christmas. His music forms a great part of the Great American Songbook.

Herbert & Dorothy Fields are the brother and sister team who wrote the book for ANNIE GET YOUR GUN. Dorothy started writing songs for Tin Pan Alley and Broadway in the 1920s. From the 1930s on, Dorothy also worked for Hollywood with her partner, composer Jimmy McHugh. She won an Oscar for the song The Way You Look Tonight from Swing Time (1936), which she had written with Jerome Kern. Herbert was a writer and actor, known for Hit the Deck (1955), 50 Million Frenchmen (1931) and Joy of Living (1938). Dorothy and Herbert won two Tony Awards in 1959 for Redhead including Best Musical and shared the award for Best Book/Libretto with Sidney Sheldon and David Shaw.

ANNIE GET YOUR GUN director Sarna Lapine is a New York-based director and developer of new work. Upcoming: The Rape of Lucretia (Boston Lyric Opera), Kate Hamill’s adaptation of Little Women (Primary Stages) and Radioactive, a new musical by Eric Price and Will Reynolds (Manhattan School of Music). Recent: Into the Woods (Juilliard), Noises Off (Two River Theater) Frost/Nixon (Bay Street Theater), You Are Here, a new musical (Goodspeed Musicals); Photograph 51, Japan premiere (Umeda Arts Theater); Sondheim on Sondheim with the Boston Pops and the L.A. Phil; and the critically-acclaimed Broadway revival of Sunday in the Park with George, starring Jake Gyllenhaal and Annaleigh Ashford. Sarna directed the second national tour of Lincoln Center Theater’s South Pacific and was Associate Director of The National Theatre’s War Horse (North American Tour and Japan production). She started out at Lincoln Center Theater as Bartlett Sher’s assistant director on The Light in the Piazza and worked with him on the Tony-award winning revival of South Pacific, as well as the new musical Women on the Verge of a Nervous Breakdown and Clifford Odets’ Awake and Sing!. She holds an MFA from Columbia University.

The 2019 Mainstage Season is sponsored in part by New York State through the generosity of Assemblyman Fred Thiele and State Senator Kenneth P. LaValle; the New York State Council on The Arts, a State Agency; Town of Southampton; The Harold and Mimi Steinberg Charitable Trust; The Shubert Foundation; and fully or partially funded by the Suffolk County Department of Economic Development & Planning. Support for new work comes from The New Directions Fund and the Joseph Stein New Musical Fund. Previews are sponsored by Peconic Landing. “Pay What You Can” performances sponsored by Sotheby’s International Realty.