December 21, 2022: California’s mid-19th-century gold rush sucked thousands of needy but adventurous foreign fortune seekers—Mexicans and Chileans, Australians, Frenchmen, and Chinese—into its gold mining maw, most of them welcomed at first. But the Americans soon turned xenophobic, denying the outsiders equal rights, with especially harsh reactions being visited upon the Chinese. They had to turn to other ways of survival, including laundry, cooking, and railroad labor, the latter especially evident in the great feat of joining the Central Pacific to the Union Pacific. 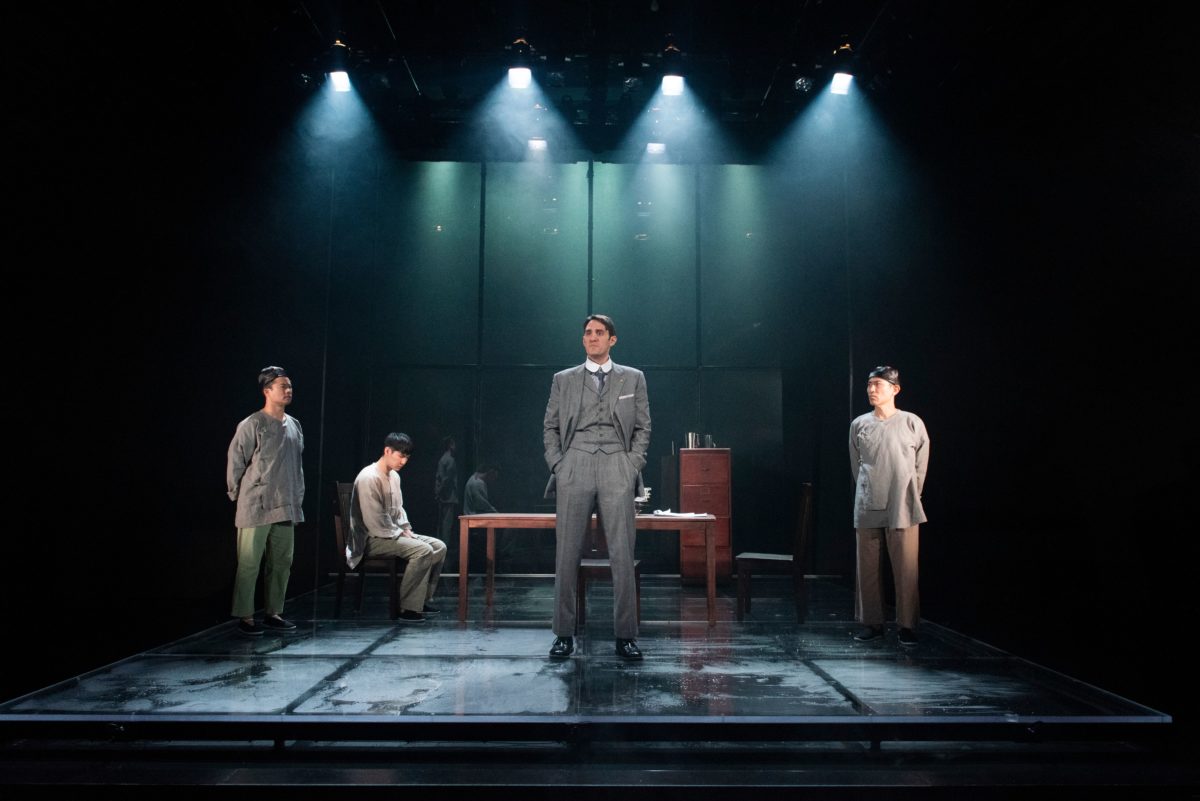 December 21, 2022: California’s mid-19th-century gold rush sucked thousands of needy but adventurous foreign fortune seekers—Mexicans and Chileans, Australians, Frenchmen, and Chinese—into its gold mining maw, most of them welcomed at first. But the Americans soon turned xenophobic, denying the outsiders equal rights, with especially harsh reactions being visited upon the Chinese. They had to turn to other ways of survival, including laundry, cooking, and railroad labor, the latter especially evident in the great feat of joining the Central Pacific to the Union Pacific.

Before long, however, barriers arose between Chinese labor and American employers, perhaps because the former, at first, often treated their employment as a temporary sojourn meant to provide for a better future back home, partly demonstrated by the dominance of prostitutes among the Chinese women in America. When Chinese persons died, they typically had their bodies returned to China for burial. And their presence in San Francisco’s Chinatown proved troublesome to the white authorities. Racial stereotyping and anti-Chinese activity coalesced in 1882’s Chinese Exclusion Act, which barred the free immigration of Chinese.

Thus, if you were a Chinese in America in 1909, circumstances would likely have taught you the skills necessary for survival, and how even to game the system to your advantage. This is the situation in The Far Country,Lloyd Suh’s historically interesting, acceptably acted, but ultimately disappointing attempt to dramatize a workaround designed by clever contemporary Chinese to circumvent the immigration laws and, in the process, make a profit by it. If the play is meant to celebrate the resilience of the Chinese under these oppressive circumstances, I’m not sure that’s the message it conveys.

When the audience enters the Linda Gross Theater’s auditorium, a pigtailed man in Chinese garb and cap (costumes by Junghyun Georgie Lee) sits motionless, facing upstage on Clint Ramos’s essentially bare, but elegantly clever, set (tastefully lit by Jiyoun Chang) of a transparent, glasslike rear wall, furnished with a table and chairs. At curtain time, after such long, statue-like immobility, he moves an arm slowly, almost dancer-like, and it morphs into the opening scene.

His name is Gee (Jinn S. Kim), he runs a laundry business, and he’s in a San Francisco interrogation room where we will soon watch him respond to the intense questioning of two no-nonsense immigration officials (Ben Chase and Christophe Liam Moore) . Gee’s dialogue is mingled with that of an interpreter (Whit K. Lee), often overlapping with it during rapid exchanges. His English is fine when he’s meant to be speaking Chinese to the interpreter, but shaky and heavily accented when he’s speaking English.

Gee is charming in the stereotypically ingratiating way associated with servile stage and screen Asians as he seeks permission, under the strict rules, to return to China to visit the family he has not seen in years. Possibly, he will return with one of them. But he must first convince the unsmiling officials that he’s American born, a goal made a bit easier by his pointing to the loss of all pertinent records in the 1906 San Francisco earthquake.

When he succeeds in convincing the authorities of his authenticity, he goes to China, where we discover that he’s nothing like the comically bumbling applicant we saw being interrogated. Instead, he’s a cunning manipulator, seeking to bring back with him a young farmer, Moon Gyet (Eric Yang), whose family will go into debt to pay for his passage to “Gold Mountain.” There, he will give up his name to pass as Gee’s son and work for Gee’s laundry as an indentured laborer until the debt is paid off. No matter what the risks, or how harsh the conditions, going to America is considered better than the life before him in China, a decided difference from the attitude of earlier Chinese, who never intended to stay in the first place.

In America, he must live at Angel Island, a detention center for immigrants waiting for approval. After seventeen months of one legal setback after another, he’s finally permitted (thanks to bribes that only increase his debt) to live and slave for Gee. Eventually, Moon returns to China where he reunites with his mother (Amy Kim Waschke) before carrying out his mission to pull off the same profitable ploy that got him to America by bringing back a young peasant girl, Yuen (Shannon Tyo), as his bride.

Mr. Suh’s premise is provocative and historically compelling. At first, he holds our interest tightly with his unusually detailed interrogations, where the questions are designed to trip up the person being questioned should they say something that might betray an untruth, like the number of steps at a specific dwelling. But, aided by the direction of Eric Ting, the performance shifts away from heightened realism to stylized, even ritualistic, with rhythmic line deliveries and considerable repetition, enhanced by Fan Zhang’s musical underscoring, that becomes more soporific than terrific as the act rolls to its conclusion. Following the intermission, an increase in empty seats hinted that a few spectators had taken a slow boat somewhere else.

The eternal difficulty of creating believable English dialogue for people supposedly speaking in another language is another stumbling block to credibility. Rather than have such characters speak in colloquial English, playwrights, like Mr. Suh, who wish to avoid foreign accents, often provide them with stiff sentences that use a minimum of conjunctions and make everyone, no matter how poorly educated, sound linguistically stilted. This is particularly annoying in the second act, when Moon—formerly a peasant farmer, now a laundry worker—speaks to his similarly uneducated mother, or to the farm girl Yuen; not only syntactically but in their vocabulary and use of images and ideas, makes them sound like graduate sociology students. An egregious, yet not atypical, example comes in this exchange:

My parents would perhaps be more confident in sending me, for they know I’m not so weak as he, but they might also be alarmed at the idea of my being in America as a woman; this has not been a common practice thus far, yes? Please explain.

Ah. Yes, well. There have naturally been changes. . . in the patterns of. Um, there are increasing numbers of Chinese men in California, you see, but fewer and fewer jobs in the fields, on the fruit farms of Stockton for example—you know, this is perhaps not pertinent.

I would think it’s all very pertinent.

On the contrary I am very interested, please continue.

Ah. Well. Then—immigrants have often performed the tasks that white Americans have been unwilling to perform, so.

I know this part.

Then in brief, we are being pushed into urban centers. Driven from spreading too far afield; we are more and more concentrated into Chinatown.

Later, when Gee, old and ill, is being cared for by Yuen, she launches into a rhetorical discourse on memory and truth, but it’s so out of keeping with her background and the circumstances that she clearly is little more than a voice for the playwright himself to wax poetic on his themes, themes that only now come into play as a way of wrapping things up.

Like the immigrant stories of any group, those of the Chinese are of great value on many levels, from the simply human and emotional to the socially scientific to the political. I learned from The Far Country how and why some Chinese immigrants made it to America on false premises, inspired by official restrictions on their coming. Aside from that, however, I neither learned much else about the Chinese diaspora nor believed deeply in those who have been created to serve as exemplars of the experience.