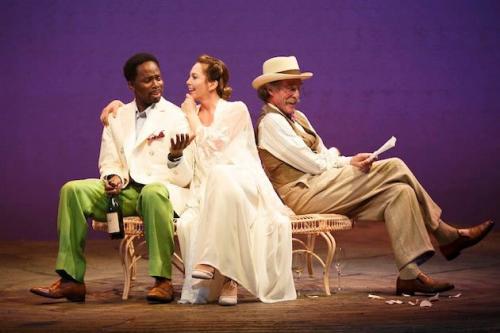 Too bad Simon Godwin’s staging is such a hot mess.Godwin has made a reputation in Britain of modernizing classics such as Shaw’s Man and Superman (which I saw and admired in a high-definition screening), but here he has pushed the Russian masterpiece into a frenetic modern-day concept without regard to its delicate balance between comedy and tragedy.

This is a favorite of regional and university theater because of the large variety of juicy roles. The Gayev family, their neighbors and servants represent a broad spectrum of Russian society on the brink of cataclysmic change. No one is a complete villain, hero or clown as the estate with the gorgeous but useless titular trees falls under the auctioneer’s gavel and then the axe. But in an effort to infuse relevance and energy in what sometimes can come across as a dusty warhorse, Godwin pushes his stellar company to mug like maniacs without establishing connections. (The jarringly contemporary adaptation by Humans playwright Stephen Karam is similarly out of whack.) With few exceptions, I had a hard time believing these people even knew each other much less that they were related or intimate friends.

Top-billed Diane Lane looks the part of Ranevskaya, the reckless matriarch returning to her childhood home with her heart broken after the death of her son and a messy love affair in Paris. Exquisitely outfitted by Krass in flattering frocks, Lane is a stunning picture. However, she fails to go beyond surface indications. The usually reliable and realistic John Glover as her even-more frivolous brother veers towards the buffoonish. Fashion blogger and online editor Tavi Gevinson who keeps getting cast in Broadway shows, fails to register as the younger daughter Anya. Harold Perrineau captures the drive of former serf Lopakhin, but not the inner conflict between his affection for Ranevskaya’s family and his desire to take over their land.

In the plus column, there is Joel Grey playing the befuddled servant Firs as a distracted pixie, Celia Keenan-Bolger subtly conveying the frustrations of eldest daughter Varya,  and Chuck Cooper lovably carousing as a bull-in-a-china-shop family friend.

In spite of these bright spots, there are too many wrong notes to make the evening complete. The bumbling clerk Yepikhodov plods into the third act soiree—now an overdone costume party—in a turkey outfit (a little too on-the-nose). The vagrant wandering through the estate in Act Two is now a threatening drunk quoting from Emma Lazarus’ Statue of Liberty inscription (not in the original and another too obvious choice).

The only sequence that really works is the wistful fourth act where the dispossessed must leave the deserted and doomed house. Though Godwin has chosen to have them distractingly switch from period clothes to 2016 fashions—perhaps to demonstrate they are entering the modern world?—a genuine sense of loss and tragic missed opportunities is conveyed. But a strong final 20 minutes does not save this Orchard from an over-pruning director.

Originally Published on October 20, 2016 in ArtsinNY.com 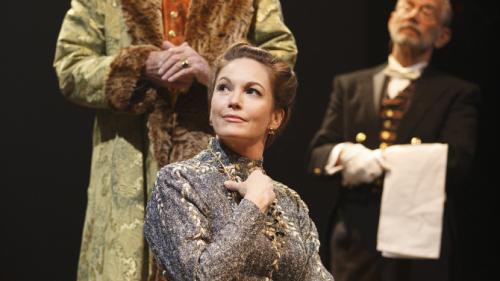 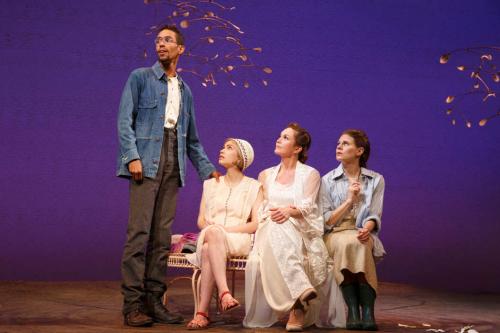 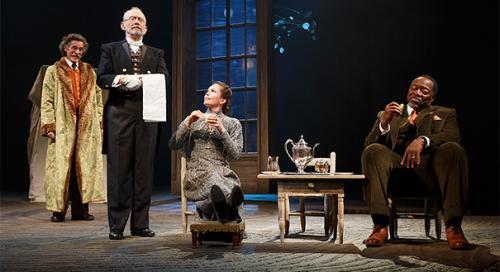