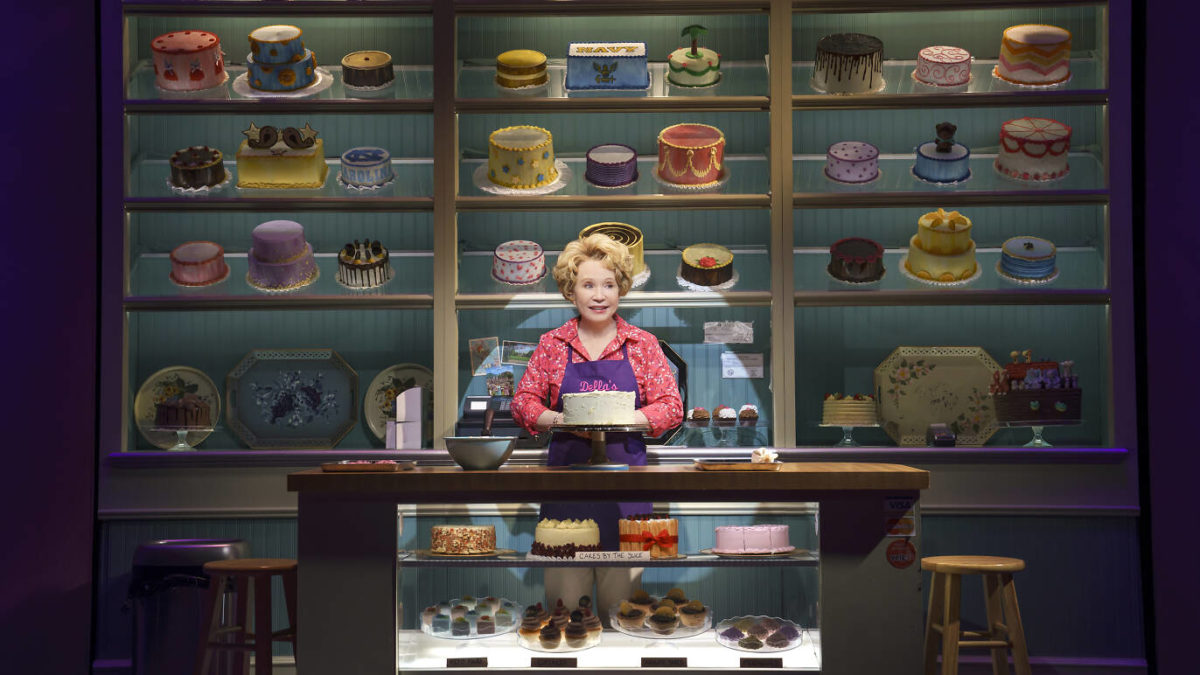 In fact, it’s an adorable, entertaining confection, with a great role for Debra Jo Rupp. As a stage actress, Rupp is known for her comedic range, as she demonstrated in the one-woman show, Becoming Dr. Ruth.  Regardless of her numerous television roles, she remains an actress better known for the characters she plays, than by her own name. Still, her voice, which sounds like it’s syphoned through a tin can, and her high-pitched giggle, remain distinctive.

Here, as a Southern baker, and pastry chef bar none, Rupp’s comedic appetite gets peaked.  Bouncing up and down in her bakery, the one that barely supports itself, she’s practicing for her appearance as a contest on a television baking show. To her dismay, she loses the gig when she’s exposed for refusing to bake the cake for a same sex marriage.

It’s actually the wedding of the little girl whom she had adored from the day she was born, and her African American girlfriend from New York City, a tell-all journalist, with a barb apparently, splendidly played by Marinda Anderson. As Jen, her bride and Della’s dear friend, Genevieve Angelson, is a blushing ingenue, and a nice guy.

And as Della’s husband, the one who plumbs for a living, but can’t get it up at home, Dan Daily pulls off a surprising jest.  Underlying the great debate over marriage, Della and Tim face the apathy that comes after many years of living together. That we see how they change also speaks to the wonders of marriage.