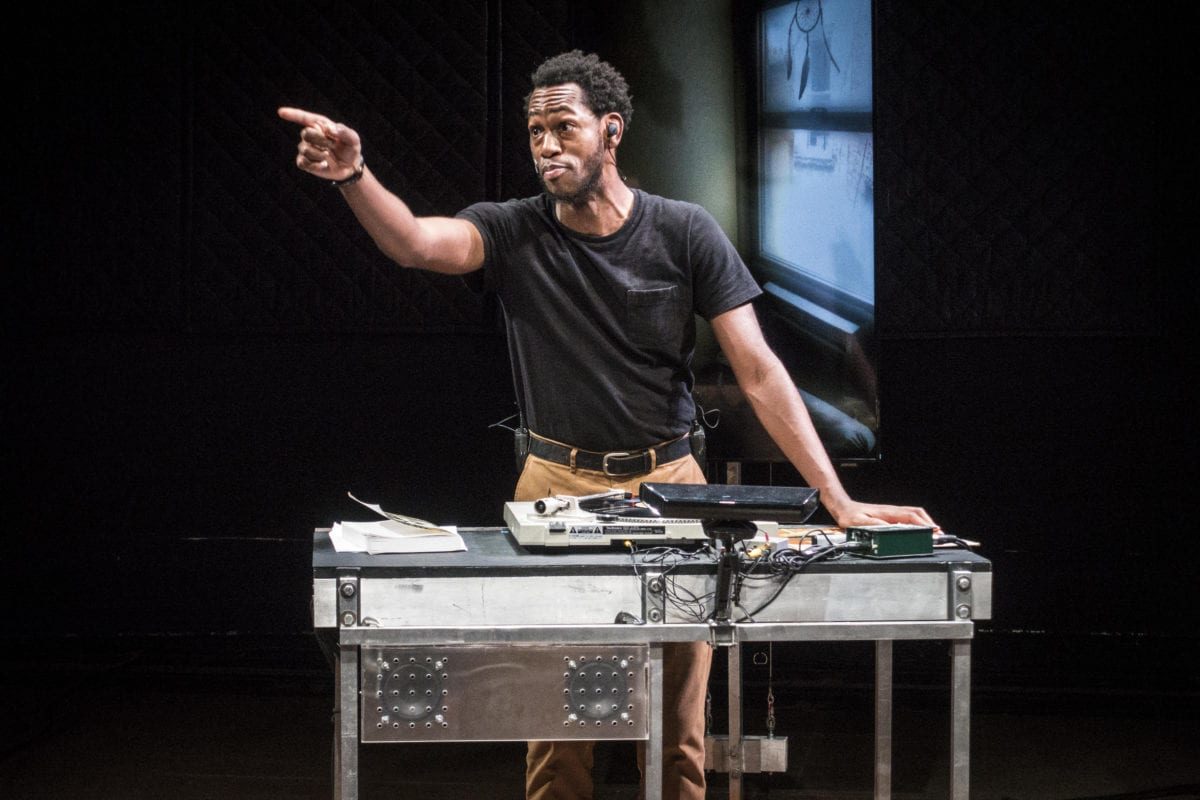 August 20, 2019: The B-Side: “Negro Folklore from Texas State Prisons,” A Record Album Interpretation is an original performance by The Wooster Group based on an LP of work songs, spirituals, and toasts recorded in 1964 in Texas’ then-segregated prison farms.

The LP had been in performer Eric Berryman’s personal record collection for many years when, in 2015, he had a chance meeting with Wooster Group associate director Kate Valk. He had just seen the Group’s Early Shaker Spirituals: A Record Album Interpretation, which Valk directed. Berryman asked to work with the Group on a record album interpretation of Negro Folklore from Texas State Prisons.

In The B-Side, Berryman and fellow performers Jasper McGruder and Philip Moore channel the inmates’ voices from the record via in-ear receivers and transmit the full album live. In between tracks, Berryman reads from the liner notes and provides context from the book Wake Up Dead Man: Hard Labor and Southern Blues by Bruce Jackson, the folklorist who recorded the album. The voices of the live performers blend with and complement the voices on the record, creating a moving and intense performance.

Across its 44-year history, The Wooster Group (The Emperor Jones, 2007 Fringe Festival) has adapted numerous record albums into original theatrical productions: Nayatt School (1978), L.S.D. (…Just the High Points…) (1984), and Early Shaker Spirituals (2014), among others. The B-Side is directed by Valk, with production design by Wooster Group director Elizabeth LeCompte.

“Performed a cappella, the songs spin tales of mythologically mean prison guards, and loves and lives lost, and the backbreaking purgatory of unendingly repetitive physical tasks…. [The performers] become conduits for the songs of prisoners who were themselves conduits for an oral tradition that stretches back to at least the early days of slavery in this country.” The New York Times

“I wanted to honor these men who were put through brutal conditions and created some really incredible artwork to survive. It only really existed in this form in the prison. The songs kept them alive, but these guys didn’t sing this music when they got free. It reminded them of a time they didn’t want to go back to. But as a piece of culture, particularly for my generation, I want people to play it the same way they play a Bessie Smith record. Put these guys on.” Eric Berryman

Film footage from Afro-American Worksongs in a Texas Prison, by Pete, Toshi and Dan Seeger, and Bruce Jackson, 1966.
Photos by Bruce Jackson (featured), Teddy Wolff (above), Steven Gunther (below)