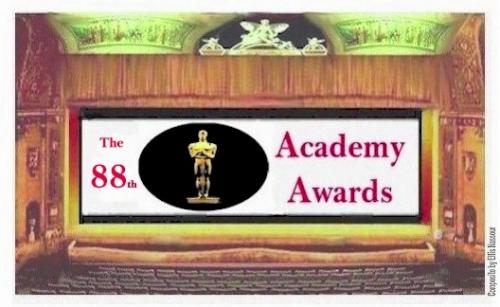 This year’s all-white roster of acting nominees, on the heels of last year’s [a puzzlement when David Oyelowo, portraying Dr. Martin Luther King Jr. in Selma, didn’t make the list], is presenting quite a quandary. Several stars have announced they won’t be attending in protest. Thankfully, Mr. Trump and Pope Francis haven’t weighed in on this matter.

The Academy, finally getting the message on diversity – especially in a year when at least two persons of color – Will Smith and Creed director Ryan Coogler (Fruitvale Station, upcoming Black Panther) – deserved nominations – beyond a shadow of a doubt, is introducing some sweeping changes in the area of term of membership limits to create more diversity in voting. 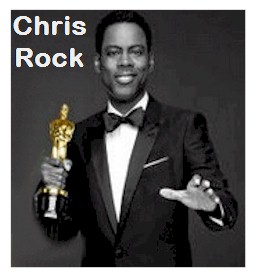 This storm was created by the Academy leadership. Surely board members could have  predicted it [even consult with new and renowned psychic Tori Spelling]. To avoid high waves of dismay, the list of five nominees could be expanded. If the Academy nominates up to 10 films, why not apply that thinking to acting, even director, categories. 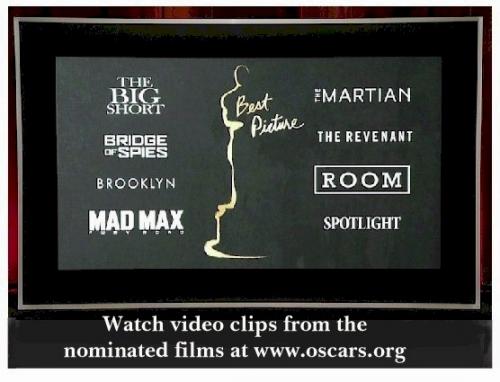 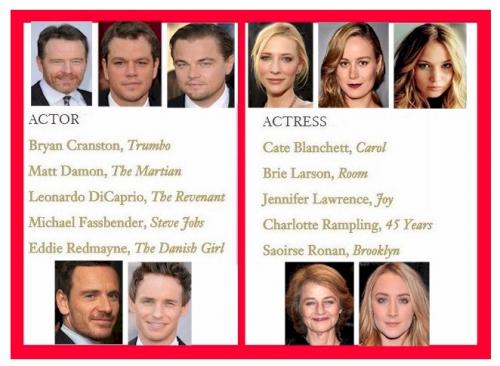 Back to Sunday’s event, with red carpet arrivals beginning at 7 P.M. Eastern, and the Awards at 8:30.

The fate of Best Picture is in the hands of the Hollywood caucus. Leading the pack in nominated films are The Revenant (20th Century Fox) with 12 and Mad Max: Fury Road (Warner Bros./Village Roadshow) with 10. Close behind is The Martian (20th Century Fox/TSG Entertainment) with 2015 Oscar winners Julianne Moore will present the Best Actor award; Eddie Reymayne, Best Actress; Patricia Arquette, Supporting Actor; and J.K. Simmons, Supporting Actress.

The Academy’s Board of Governors voted Honorary Awards, given “to honor extraordinary distinction in lifetime achievement, exceptional contributions to the state of motion picture arts and sciences, or for outstanding service to the Academy,” to Gena Rowlands andSpike Lee; and the Jean Hersholt Humanitarian Award, given “to an individual in the motion picture arts and sciences whose humanitarian efforts have brought credit to the industry,” to screen veteran and Oscar-nominee Debbie Reynolds. 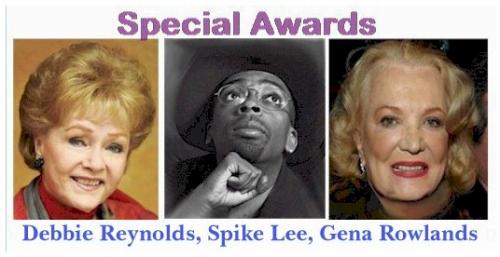 Miss Rowlands, an independent film icon, received Oscar nods for A Woman under the Influence (1974) and Gloria (1980), both directed by husband and frequent collaborator, John Cassavetes.  She got her start on the New York stage and in live television in the 1950s and has appeared in 40 films.

Director, producer, and writer Lee, a champion of indie filmmaking, won a Student Oscar in 1983 with his NYU thesis film, Joe’s Bed-Stuy Barbershop: We Cut Heads. Films have included She’s Gotta Have It, School Daze and Do the Right Thing, which earned him a 1989 Oscar nomination for Original Screenplay.

Miss Reynolds, a Hollywood icon since her buoyant performance in Singin’ in the Rain, and a founding member and longtime president of the Thalians, the charitable organization promoting awareness and treatment of mental health issues, has made more than 40 features, including her Oscar-nominated performance in The Unsinkable Molly Brown.

Nicknamed the “Oscar,” it was first presented in 1929. Tickets were $5, 15 statuettes were awarded in a dinner ceremony that ran 15 minutes. The annual Awards were broadcast on radio in 1930; and televised in 1953. It’s seen live in more than 200 countries and can be streamed online.

The 2016 Academy Awards are produced by David Hill and Reginald Hudlin.

At www.oscars.org, you can check out the full list of Nominees and play against your friends in  The Official Oscars Challenge.For fun during the telecast, take part in Oscars Backstage 2016, a second screen experience allowing fans to choose from four channels pulling from more than 20 cameras on the red carpet and backstage at the Dolby.

The 11th annual Jimmy Kimmel Live!: After The Oscars  special will air live with Ben Affleck, star of the upcoming film Batman v Superman: Dawn of the Justice will be among the special guests.

ABC’s popular morning show Live with Kelly and Michael will be celebrating its fifth anniversary of the After Oscars Show, broadcast live from the Dolby Theatre.

New this year is the limited edition hardcover Oscar Notebook, with notes and “hard-won wisdom” from 28 Oscar-winning members from every branch of the Academy offering a written snapshot answer to the question: What do you wish someone had told you before you started working in movies?