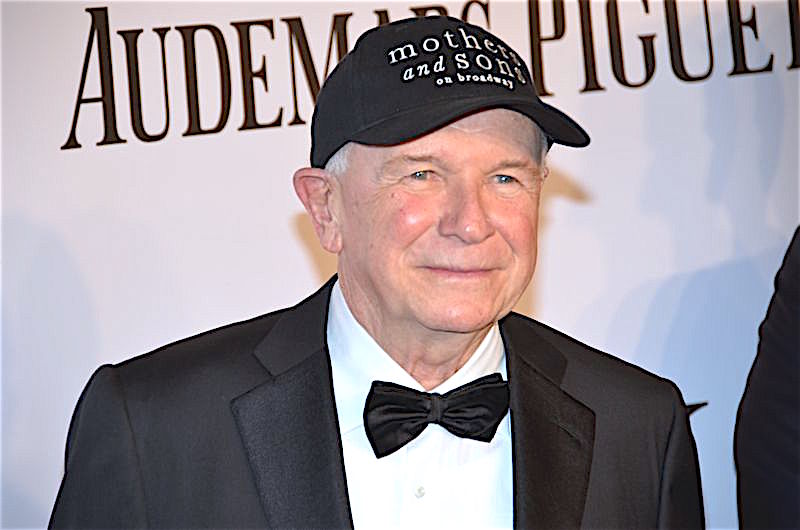 Mayor Bill de Blasio had high praise for the culture benchmarks of McNally’s career. “We have lost a great New Yorker,” he stated, “one of the most renowned members of our cultural community, who wrote some of the greatest plays of recent memory, and who worked so hard for a better New York City and a better America for everyone.” The Mayor made his comments at his Tuesday afternoon press conference update on the virus, and added, “Terrence’s death proves this COVID-19 crisis is not just numbers.”

McNally was a 1994 Pulitzer Prize nominee for A Perfect Ganesh, which premiered Off Broadway; and a Lifetime Achievement Award at last year’s Tonys, where he stated, “Theater, that secret place where we all truly live, changes hearts. The world needs artists more than ever to remind us what truth and beauty and kindness really are.”

In 2018, McNally, also an Emmy winner, was an inductee into the American Academy of Arts and Letters. Critics praised the playwright for his exploration “of how people connect — or fail to. With wit and thoughtfulness, he tackled the strains in families, war, and relationships; and probed the spark and costs of creativity.” He wrote about homophobia, love and, AIDS. Often his work included biting humor.

In 1963, the playwright made his Off Broadway with The Side of the Door, followed by some 20 plus plays which included Frankie and Johnny in the Clair de Lune, The Lisbon Traviata, Love! Valour! Compassion!, Lips Together, Teeth Apart, (a landmark work about the AIDS crisis) and the controversial Corpus Christi, which generated death threats to presenter Manhattan Theatre Company.

He made his Broadway debut also in 1963, with the short-lived The Lady of the Camellias (13 performances). It was followed by The Ritz, one of the first contemporary plays with unapologetic gay characters, It’s Only a Play, Catch Me If You Can, Prince of Broadway, The Visit, Duece, and the stage adaptation of the animated film Anastasia.

Though he’s not credited in the official Broadway data base, the playwright should be noted as John Steinbeck’s choice to co-write the 1968 book with Alex Gordon for Robert Waldman and Alfred Uhry’s musical adaptation of the East of Eden. Titled Here’s Where I Belong, it played 20 previews and closed opening night.

McNally is survived by his husband of 17 years, attorney and Tony and Olivier Award- winning producer Tom Kirdahy, who was de Blasio’s roommate at NYU. The couple were officially married in 2003 in Vermont, then again in Washington in 2010. In 2015, McNally and Kirdahy reaffirmed their vows in City Hall plaza at the ceremony to mark New York’s passing of the Marriage Equality Act. They asked their old friend, the Mayor, to officiate. Early in his career, McNally’s relationship with one of America’s greatest playwrights, Edward Albee, was the talk of the town.

There have been tributes from across the theatrical community. Broadway legend Chita Rivera, star of Kander and Ebb’s The Rink and Kiss of the Spider Woman, wrote: “He helped to make me who I am as a person. He was the epitome of love and friendship. Only God knows how much I will miss him.” McNally also wrote the book for the 2005 Broadway revue Chita Rivera: A Dancer’s Life and Kander and Ebb’s The Visit.

Tony-winning Audra McDonald, star of Master Class, Ragtime, and the recent Frankie and Johnny… revival, wrote: “My dear sweet brilliant kind Terrence. The world is not nearly as sweet of a place without you in it. My heart is breaking yet again.”

Lin-Manuel Miranda saluted McNally as “a giant in our world, who straddled plays and musicals deftly. Grateful for his staggering body of work and his unfailing kindness. Heartbroken.” 1998 Pulitzer Prize winner, Drama and Obie Award-winning playwright Paula Vogel (How I Learned to Drive; also The Baltimore Waltz and Indecent) called McNally “the soul of kindness … His plays will outlast us.”

Harvey Fierstein praised McNally’s work and life: “Terrence was anything but a victim. He was a lover and fighter and an artist and a voice for our people. He was a victor. The man didn’t write his heart out. He wrote OUR hearts out!”

Composer and Pulitzer Prize winner, Drama (Next to Normal) Tom Kitt praised McNally as “an extraordinary man and brilliant artist” and an “irreplaceable … true giant in our art form.” Oscar-winner F. Murray Abraham (Amadeus), who co-starred in McNally’s 1975 The Ritz, praised McNally as “like a fountain who keeps on writing and writing and writing.”