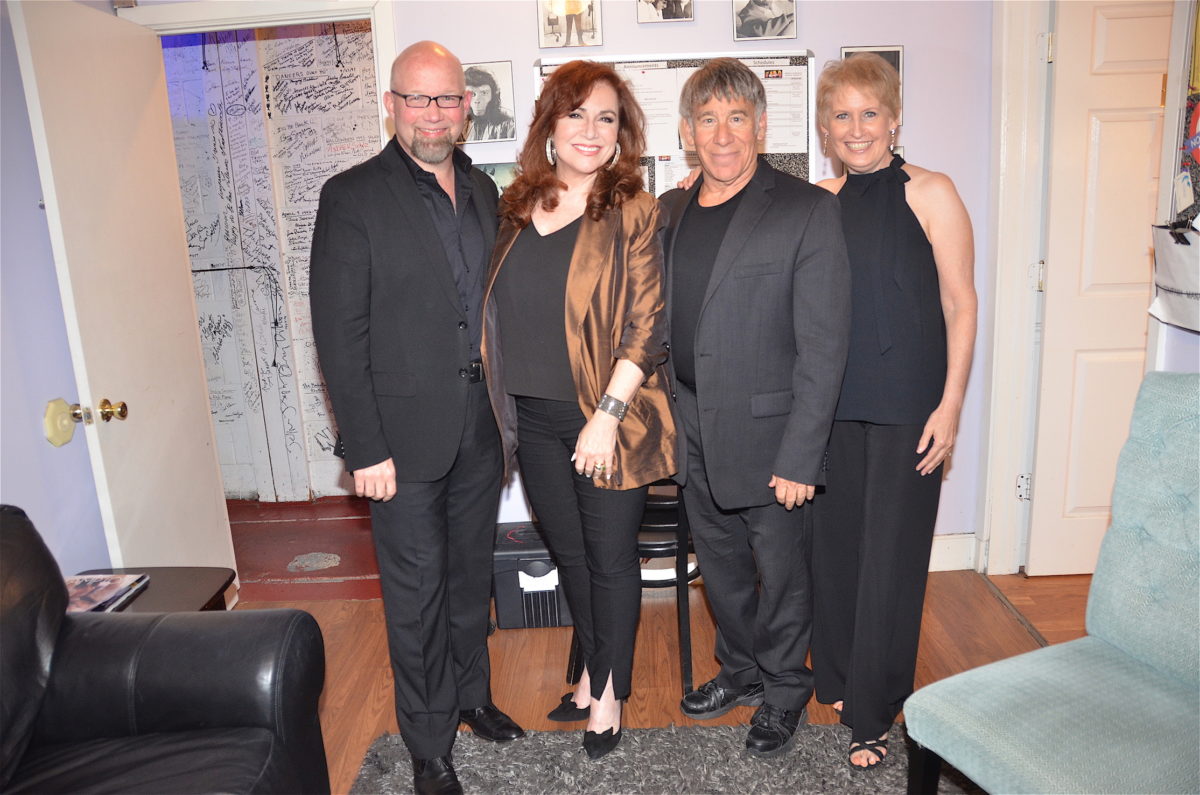 August 28, 2017: Stephen Schwartz, the composer of Wicked, Godspell, Pippin and more, brought his popular show, “Stephen Schwartz & Friends,” to Bay Street Theater in Sag Harbor as part of the Bay Street Theater’s Musical Mondays series. Stephen Schwartz’ show is a mashup that teams the Grammy® and Oscar®-winning songwriter with Liz Callaway, Scott Coulter and Tony® award winner Debbie Gravitte. The four have been thrilling audiences around the world since 1999, and once again they thrilled a sold-out audience at Bay Street with breathtaking performances of songs from his legendary songbook including “Colors of the Wind,”Corner of the Sky,””Day by Day,””Meadowlark,” “When You Believe,” “Popular,” “For Good” and “Defying Gravity.” Indeed,  a memorable evening of musical theatre.