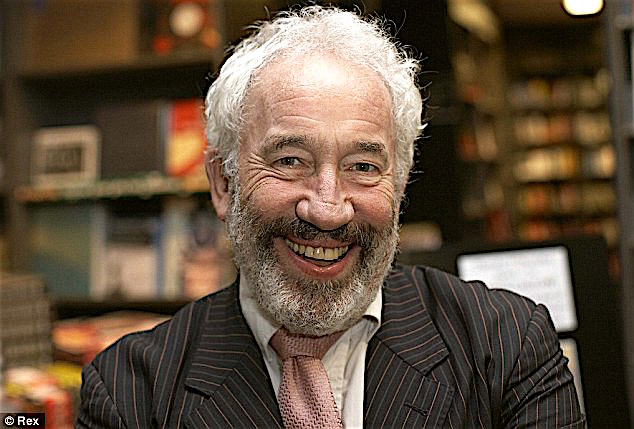 When it comes to the classics, Simon Callow feels he has done “nothing” although he played the lead in Titus Andronicus (1978) at the Bristol Old Vic, was a superlative Orlando in As You Like It (1979) at the National, and an uproarious Lord Foppington in The Relapse (1981), at the Lyric, Hammersmith, where he also starred in a one-man tour de force version of Faust (1988). Nevertheless, he obviously feels his acting career to be overshadowed by the work of many of his contemporaries, some of whom eat classics for breakfast. “You see, I’ve never found a director who wanted to go a long journey with me,” he added, laughingly wondering why one should, he being such an “impossible person.”

Had he found a compatible director willing to take him on when he was thirty, he claims, he would certainly have written books but he would not himself have directed. Simon has not worked with many stage directors more than once, an exception being the late John Dexter, who was very fond of the actor’s work and who believed Simon was equally admiring of his. This latter opinion was not quite true. Simon says he

came not to love John’s work as a director on stage very much, at all. I felt it very austere and unyielding and sometimes quite ugly and often quite shallow as well. And underacted because it was too regimented, and so on. Though I loved the man, deeply.

Simon, whose hair used to be long and curly, was nicknamed “Flossie” by Dexter. “Come here, Flossie,” he rasped in Dexter’s Long John Silver voice. When Dexter was preparing to take over the Royal Court, he said to Simon, “So, uh, you’d better get your hump out and push it up, hadn’t you?” Then the next day he came and said, “Richard’s too easy. Lear.”

I was thirty and I thought, well, I’ll do it. I would have done it. Nobody else was that keen on me. The Royal Shakespeare Company, for example, never asked me to act there, although interestingly enough, ha, ha, this is a turning point in history—as will come to be seen—when the Royal Shakespeare Company, about ten years ago, came to do Henry V. They wanted to break the mold of the way in which it was done for such a long time and they drew up a short list of two actors who might play Henry. One was me and the other was Kenneth Branagh. So you might have my film of Henry V instead.

When he considers his writing to date, Simon thinks of it as theatrical journalism and declares that this period is “coming to an end.” Instead, he believes his writing, as represented by his forthcoming Welles biography, “is aspiring to the condition of fiction” in its unusually detailed, psychological reconstruction of the man, the result of five years of work. When I asked what new discoveries it would present to a world not underwhelmed by Welles biographies, he told me that what he wants to do “is to restore him to the human race because the books, whether for or against, are either written by demonologists or they’re written by hagiographers.” The sole book of value about Welles he could cite is James Naremore’s The Magic World of Orson Welles (1978).

I want to think about Welles as a boy growing up in Chicago, as a young chap walking around Ireland and getting to work at the Gate Theatre in Dublin, a young fellow getting to work with Katherine Cornell in his first job, a perfectly gifted young man but not a superhuman . . . He’s terribly written up as a strange sort of teenage combination of Leonardo da Vinci and John Barrymore, but he wasn’t. He was a very powerful personality with certain quite reasonable gifts. I mean I think Kenneth Tynan says, in a phrase, “something so dazzlingly true about Welles that it’s kind of daunting. He says Welles is “a fair bravura actor, a good bravura director, and an incomparable bravura personality.” And it’s a perfect epitaph.

New York magazine, I told Simon, recently touted Branagh as “the new Orson Welles,” suggesting that he is thereby a person of genius. He responded, “Well, about Kenneth, the word ‘genius’ does not spring to my lips.” The only kind of genius that might connect these artists, he observed, “is that they both have an absolute instinct for creating excitement and making things happen.” He returned to the subject of his aims in the Welles book. “All the books, except James Naremore’s, show Welles in close-up, all the time. I want to step back and give a wider angle and I want to see the world out of which he came.”

Simon resents Welles being isolated from the others of his time, as if he were, for example, the only important contributor to radio drama of the thirties. Among the “armies of people doing much more interesting things than Welles was doing” was Norman Corwin, for example.

What Orson did was to hit the jackpot, absolutely, with one program, and then he acquired the reputation of being the great innovative genius of radio. He wasn’t at all. In fact, what those radio things are is a sort of sonic melodrama. What I want to say is that I’ve undertaken an impossible project which is to write Welles and the history of his times and the context under which he stands.

Simon wants to take his readers into the past, as into a foreign country, where people do things differently. “It’s a different world. New York, 1935. I’m trying to give some sense of what that was all about, you know, what it was like to be there.” As an historian, he wants

to reclaim the texture of life gone by. I want to look into the moment, rather than just to gabble it off, because there’s a lot of that in writing, as you well know, about the theatre. People gabble a lot. Yak, yak, yak goes on, without really looking and holding things up and saying, What about this What does this mean? How could he ever have done that?

Simon has been especially successful in digging up such hitherto unknown information about Welles’s childhood, information partly discovered by visits to the Chicago suburb of Highland Park, where Welles grew up. Simon actually found the weekly newspaper column that Welles wrote, to the existence of which other biographers have done little more than pay lip service.

The prospect of analyzing and specifying how the contemporary theatre has evolved fascinates Simon, particularly in terms of acting, its perception, “and what the image of the actor in every age has been. Welles, to my mind,” he says, “was not a good actor, and it’s very interesting for me to know some of the ways in which he wasn’t a very good actor.”