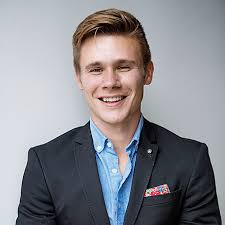 “I couldn’t be more excited to celebrate our greatest living legend’s birthday, through her incredible music. I’ll be singing some of Liza’s signature tunes along with some little known gems,” said Sikes.

Each of Sikes’s previous appearances at the venue has sold out, and his show garnered some of the most exciting reviews of the year including Theater Scene who said, “The most memorable cabaret show I’ve witnessed in the past year was that of Seth Sikes.”

Liz Smith said, “I went off to see Seth Sikes last week and couldn’t have been more charmed. He’s young and handsome and enthusiastic.  Sikes has boundless energy and a true, strong voice, with just the right amount of throb and drive and melancholy. The place was packed.”

Rex Reed said in the New York Observer, “Sikes belted out small gems and big treasures alike to a sold-out house screaming for more.” Reed went on to say, “There’s no telling how far Seth Sikes will go.”

Stage Buddy said, “Sikes’s voice is phenomenal of course, but what sticks with you and makes his performance more effective is the intensity of the emotions behind the interpretations.”

Previously best known in the theater as an Assistant Director (on shows like The Nance, Tribes, and Pageant), Sikes will perform with a seven-piece band.

The evening was conceived by Seth Sikes and Tony-Award winning Lyricist Lisa Lambert and will feature orchestrations by Matt Aument.  Eric Gilliland will direct.

Cover charge starts at $25 and there is a $25 food and beverage minimum. Tickets and information are available at www.54Below.com. Tickets on the day of performance after 4:00 PM are only available by calling (646) 476-3551.

Seth Sikes’s directing credits include BUNKED! (Outstanding Musicalat the New York Fringe Festival) and The 7th Annual Broadway Beauty Pageant.  He was the Assistant Director of The Nance (Broadway), Tribes (Off-Broadway), Pageant (Off-Broadway), and Sondheim: The Birthday Concert (at Lincoln Center).  As a performer he appeared in Fame on 42ND Street (Off-Broadway). His made his Feinstein’s/54 Below debut with his acclaimed show Seth Sikes Sings Judy Garland.