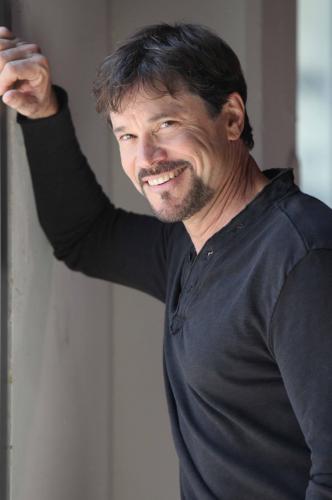 Though his resume includes memorable roles on Knot’s Landing and As the World Turns, Reckell is best known for playing Bo Brady, a part he originated on the NBC drama Days of Our Lives in 1983, and one that earned him a Daytime Emmy nomination in 2009. As one half of dramas’ greatest couples (alongside Kristian Alfonso’s Hope), Bo died in the arms of his love last fall. As he returns to his theatrical rootsas The Fantasticks’ suave and charismatic El Gallo (in addition to playing the narrator) he spoke with Theaterlife about flexing his musical muscles, his experience as a daytime heartthrob, and the only thing standing in the way of Bo and Hope: The Musical.

Theaterlife: How has the experience of being involved with theater changed for you over the years?

Peter Reckell: Now my eight year-old daughter is rehearsing my Fantasticks lines with me. The sad part is that after going through them four or five times, she said, “Hey Daddy, let me see if I know this.” El Gallo has long speeches throughout, and the words are not all contemporary, so they’re not words she uses all the time. With minor mistakes she recited one of the big speeches back to me. I went, “I’ve been working on this for two weeks, and you hear it four times and you know it?” She’s helping me out a lot, it’s great.

TL: Why do you think The Fantasticks has withstood the test of time, now running for over fifty years in New York?

PR: I think it’s similar to Days of Our Lives in that the message is so accessible. When I started Days in ’83 I quite often got, “Hey, you remind me of my brother!” We weren’t above people. I think The Fantasticks is the same in that I get to play these two characters, the narrator and El Gallo, and the narrator sort of invites people to use their imaginations. There are so many things these days that overload your senses, that I guess that’s what people need. With The Fantasticks the theater is very sparse, and you’re invited to use your imagination and go on this journey with these children. It’s a journey that all of us who are mature have been on, and when I first did the show I played the boy and I was even like the boy. I had these sparkles in my eyes, and the world was my oyster. At that time I looked at the role of El Gallo and I was like, “Man, someday I want to play him.” Obviously, I was not ready at that time. I’ve got my bumps, bruises and joys over the last thirty years, and I’m finally ready to play El Gallo and the narrator.

TL: You went to Boston Conservatory to study theater, but ironically you became so well known for your work in front of the camera. How did your education contribute to your work on Days?

PR: I really didn’t value my time at school or my time in New York being a starving actor until I was older and I saw these young actors coming in who didn’t have any training. There are many who are capable of being an actor and being successful, but the fact that I had dance, speech, theory and vocal training really helped me on the show, with fighting, singing, using my voice, doing dialects… I think it just adds a depth to an actor, where you don’t have to show it, it’s just there. What happened with me is that I just grew up. My wife still teases me at sixty years-old, “You’re so innocent.” Maybe that helped me with my work, but coming out of Michigan I was such an innocent, and I really needed to grow up and have a little taste of the world.

TL: Soap stars have said that working in daytime drama is like running a marathon. When did you find time to work in theater while doing television?

PR: I did a lot of theater while doing Days. I was nuts! I don’t know how I did it. After two years, the producer brought me into his office and he said, “You have worked more than any actor in daytime. I’m sending you to my doctor to get a vitamin-B shot, because you’re looking droopy.” Then I’d have a two week vacation in the summer, and I’d go off to rehearse for a week and do a week of the Pirate King [in The Pirates of Penzance], BillyBigelow [in Carousel]or Jesus Christ [in Jesus Christ Superstar], and I look back at that and go, “I was crazy.” I haven’t done any musicals in twenty-five years. When they called me to do The Fantasticks now, I was talking to my wife about it and I was like, “I don’t know if I should do this, it has been awhile.” She said, “The universe gave this to you, you might as well grab ahold and see why.” Getting back into it I am seeing why.

TL: Why did the universe give it to you?

PR: I’m a big ham, and I haven’t even acted in a couple of years. I did some pretty good stuff at the end of Days, but being on the stage in front of a live audience is such a different animal. There’s a million other pressures cranked up quite a bit, but the pleasure’s also there. Doing a play where it’s so intimate and having the audience be right there, something about that has my stomach jumping around. I’m really looking forward to it.

TL: Because you are a little out of practice, how are you revamping yourself?

PR: I’m doing everything I can to get the voice back in shape. My wife [Kelly Moneymaker] is so incredibly helpful. She’s got amazing ears. She’s a musician so I’ve been singing for her. She said, “Your voice is in a whole different place than where it was twenty years ago.” We did a CD together twenty years ago, but I haven’t sung since then. She got goosebumps! I hope my “new voice” lives up to all the excitement!

TL: Any way in which a show can entice new theatergoers is a fantastic. What do you think of the idea to bring more soap stars to the stage?

PR: I realized a while ago when I was doing musicals that it was special because I was bringing people to live theater that would never go. They were coming there to see Bo Brady, but they were getting a whole different experience, and would hopefully enjoy that experience and continue to do that. When I did Jesus Christ Superstar at Milwaukee Melody Top, it was great because I kept the theater alive for another season. They were about to die because of poor ticket sales, and I went there and brought a lot of audience.

TL: What is your fondest memory of working on Days?

PR: There’s so many. The first one that comes to mind is with Frances Reid, especially as she got older. We would get in trouble all the time because we’d be doing a scene and she would make a smartass remark (or I would), and the two of us would start laughing. In daytime, your train is running, you’ve got to get your work done because you’ve got so much material by the end of the day, and we would start laughing and giggling and not be able to stop. She was just an amazing person that I loved tremendously. I think one reason we got along was that we both had a sense of humor about what we were doing, but we also took it very seriously and wanted the show to be the best it could. Even though you were doing something that you’ve done a hundred times, it was brand new in that moment in that day. I couldn’t respect anybody any more than I respect her.

TL: Following performances of The Fantasticks you’ll be having conversations with the audience. Are you nervous about those interactions?

PR: I’m really looking forward to them because since Twitter has come into our lives, we didn’t have responses from audiences until months later. Now they watch the show and Bang! They’re in your face about something that happened or didn’t happen. This makes it even more immediate. I’ll be singing and they’ll be like, “That one place where you sang a little sharp…” My audience is brutally honest.

TL: How would you envision Bo and Hope: The Musical? Could it happen?

PR: That’s a new question! We’d have to hire somebody else to play Hope, because Kristian cannot carry a tune at all. In any scene on Days that features her singing, she’s just mouthing the words. She’s funny, we would laugh with each other about it when we were singing. So for the musical, we’d have to find somebody to replace her. When it came to that chemistry, who knows why or how that happened? If I had the answer to that I’d be a very sought after producer!

For tickets to The Fantasticks visit Ticketmaster.com.
Peter Reckell will be featured in the cast September 5th through 25th. For more information visit www.fantasticksonbroadway.com. 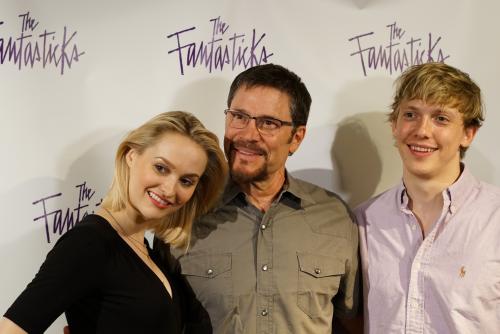