April 22, 2021: Based in Prospect Park, Molière in the Park boasts a mission statement reinforcing the belief that “provocative and high caliber theater performed in public spaces and available to all, has the power to unite communities.” 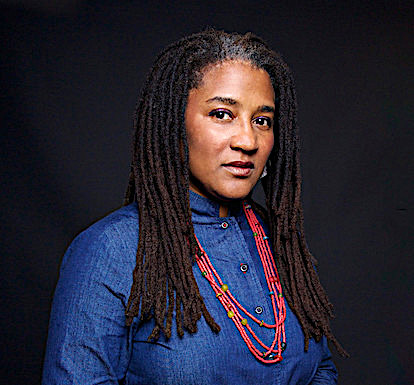 April 22, 2021: Based in Prospect Park, Molière in the Park boasts a mission statement reinforcing the belief that “provocative and high caliber theater performed in public spaces and available to all, has the power to unite communities.”

Molière in the park is also “an inclusive and antiracist theater organization,” with the more specific mission “to bring high-caliber English language productions of Molière’s timely masterpieces, as well as carefully chosen contemporary plays that focus on language and question today’s world through the lens of history, to Brooklyn’s Prospect Park annually, and the online theatergoing community, free of charge.”

With all that in mind, it’s not hard to understand why the company chose to present Christina Anderson’s pen/man/ship, directed by Molière in the Park’s Founding Artistic Director Lucie Tiberghien, to run online April 16 – 24. This is a play filled with idealism and ideas: religion and racism, personal turmoil and public disgrace.

The drama is set in 1896, on an old whaling ship that has been recommissioned to bring a group of people to Liberia, for reasons only disclosed well into the play.  Onboard are the apparent leader, a black surveyor, the God-fearing, self-righteous, Charles (Kevin Mambo); his submissive, self-righteous son, Jacob (Jared McNeill); Ruby (Crystal Lucas-Perry), a mysterious, self-righteous woman fleeing the Jim Crow South; and Cecil (Postell Pringle), an accordion-playing, thankfully not self-righteous member of the crew.

Cecil befriends Charles. Jacob falls in love with Ruby. And the crew, which for some reason harbors tremendous animosity for Charles from the very beginning, revolts under Ruby’s leadership, after a suspicious death/murder. There is a standoff and a resolution.

The drama has several subplots. Charles and Jacob have something shady going on in their pasts. Ruby has endured traumatic experiences. Charles is an alcoholic widower. But most of all there are words, lots and lots of words. Anderson loves a clever turn of phrase, for example: “Curiosity has the same effect as an untreated rash.” Her characters were created to speak in metaphors.

Very erudite characters are not necessarily a problem, but when such language is not accompanied by appropriate action, the drama ceases to be … well … dramatic. And when characters speak in their own panels, unable to interact with each other, and whatever action does take place does so off camera, the drama cannot help but drag.

On the other hand, most of the acting is quite good, with Mambo and McNeill particularly convincing, considering the limitations of their roles. And the creative team has provided cute, animated illustrations for scene breaks.,

Molière in the Park has announced guest speakers for “In Conversation,” a live post-show series following select virtual performances of pen/man/ship. These speakers include a specialist of early modern French literature (conversation on how women have used literature to engage with social issues), a theologian and activist (intersection of theology and civil rights in the late 1800’s), a Liberian playwright (political history of Liberia) and playwright, Lynn Nottage, who will discuss the inspiration behind Anderson’s play.

But if you’ve made it through the over 2-hour play, you may have had enough of the lecture.