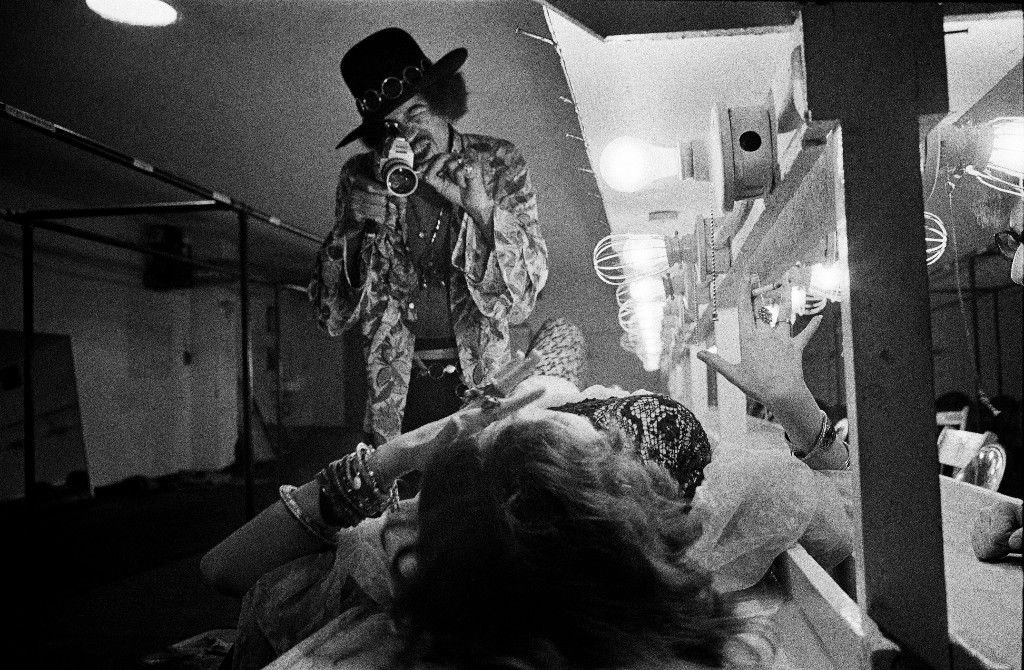 The exhibition will be on view through September 30, 2017.  10% of sales at the private/ press opening and the public reception benefited The Creative Coalition

Born in Chicago and raised in San Francisco, Jim Marshall captured some of the most important cultural and social events of the 1960s and 70s. Marshall saw himself as an anthropologist and a journalist, visually recording the changing times and the explosion of creativity and celebrity in the 1960s. He helped to define our cultural understanding of the resistance and turmoil during the Summer of Love, the hippie movement and the birth of psychedelic Rock “N” Roll. His iconic portraits of superstars Janis Joplin, Jimi Hendrix, the Grateful Dead, Jefferson Airplane, Otis Redding, Johnny Cash, Neil Young and others are legendary. Marshall holds the distinction of being the only photographer ever honored by the Grammys with a Trustees Award for his life’s work.

This exhibition celebrates the publication of Jim Marshall: Peace (Foreword by Shepard Fairey; Text by Peter Doggett and Afterword by Joan Baez). The book includes previously unseen “peace” photographs, taken mainly between 1961 and 1968. Photographing across America, Marshall charted the life of a symbol, documenting how the peace sign went from holding a specific anti-nuclear meaning to serving as a broad, internationally recognized symbol for peace. Marshall captured street graffiti in the New York subway, buttons pinned to hippies and students, and West Coast peace rallies held by a generation who believed they could make a difference.

The exhibition also includes images taken during the Summer of Love in San Francisco as well as American Civics, a suite of prints by Shepard Fairey re-interpreting 5 of Marshall’s iconic photos of Johnny Cash, Cesar Chavez, and Fannie Lee Chaney. The series depicts the humanity behind some of the country’s enduring social issues: Voting Rights, Mass Incarceration, Worker’s Rights, Gun Culture and Two Americas. www.americancivics.com

ABOUT JIM MARSHALL PHOTOGRAPHY LLC Jim Marshall Photography LLC was established by Amelia Davis, Jim’s trusted long time assistant, with the primary goal to preserve and protect Marshall’s extraordinary legacy as a discerning photojournalist and a pioneer of rock-and-roll photography. Amelia, sole owner of Jim Marshall’s Archive, is continuing the legacy of Jim Marshall through sales and licensing, exhibitions, publishing and the development of a comprehensive catalog as a reference for the totality of his life’s work. www.jimmarshallphotographyllc.com ABOUT THE CREATIVE COALITION The Creative Coalition (www.TheCreativeCoalition.org) is the premier nonprofit, 501(c)(3) nonpartisan social and public advocacy organization of the arts and entertainment community. Founded in 1989, by Christopher Reeve, Alec Baldwin, Susan Sarandon, and other prominent members of the creative community, The Creative Coalition is dedicated to educating, mobilizing, and activating its members on issues of public importance. The Creative Coalition uses the power and platform of the arts and entertainment communities in award-winning public service and advocacy campaigns. The Creative Coalition leads the #RightToBearArts™ campaign to raise public awareness about and encourage civic activism in supporting funding for the arts and arts education. Actor Tim Daly serves as The Creative Coalition’s president