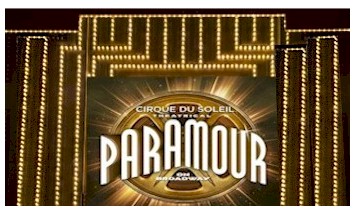 It’s difficult to think of where on the globe it hasn’t attracted eager audiences. Okay, maybe in Antarctica. Officially, it’s played to more than 160 million spectators in 400 cities in 60 nations on six continents. There’s its indoor “sit-down” brand dominatingthe Las Vegas Strip, touring arena and tented shows in the round, and open-ended theatrical engagements in major capitals.

In spite of slick ad and commercials, and the fact that the Cirque name still has cache, bookies weren’t taking bets that Paramour would be a blockbuster. CduS’s tent shows have been vastly popular. Indoors in theatres has been the challenge – and, in one instance, a shocking embarrassment. However, the third attempt is the charm.

For 85% of the time, CduS, under theatrical president and managing director Scott Zeiger has found the winning formula in its “first” show created specifically for Broadway [the Beacon Theatre, on Broadway, and Radio City Music Hall, not far removed, in a bit of amnesiac hype, are erased from memory].

“Bringing Paramour to Broadway is the culmination of years of work, planning, and countless creative discussions,” says Zeiger. “Our creative team, led by director Philippe Decouflé and creative director Jean-François Bouchard, has designed a show specifically theatrical. Our vision is the perfect fit for the Lyric and the epic landmark production we have in store.” 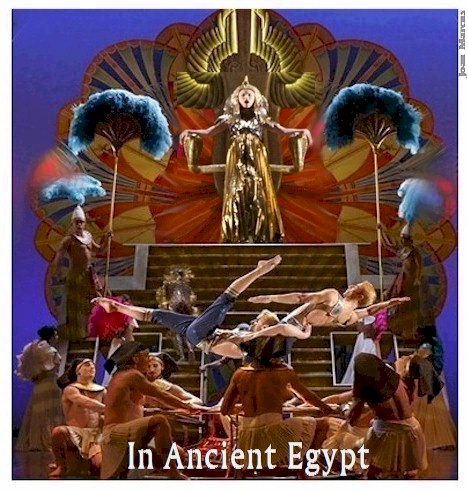 Paramour blends the best of Golden Age of Hollywood memories – B&W film noir with rough and tumble fights and chases across rooftops and musicals bathed in deep  Technicolor, such as Seven Brides for Seven Brothers, and eye-popping spectacle, such as Cleopatra – withclassic elements of Broadway, such as Tommy Tune’s ingenious choreography, and Savion Glover and Randy Skinner’s tap.

The opening number has the scattered cast of 38 doing so much that you miss a lot. There’re singers, dancers, jugglers, agile acrobats doing contortions or somersaulting on light fixtures that become trapezes, and performing on elevators.

Unfortunately, CduS decided to blend its signature style of jaw-dropping acrobatics with a book-driven story “that will transport you to a sublime world of emotion and awe as it walks the exhilarating tightrope of the heart.” Huh? 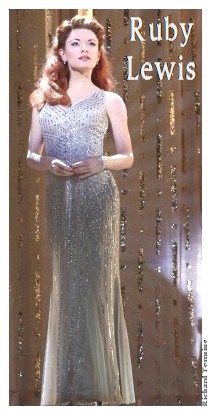 It’s actually the not-exactly the hand-held-over-throbbing-heart tale of an ingénue being groomed for stardom and forced to choose between the man she loves and her director who can give screenfuls of close-ups.

It could be a lot better. It’s at its worse, when the creatives forget the Broadway rule of “one at a time.” If you have a trio of lovelorns arguing and/or singing, you don’t place an edge-of-the-seat acrobatic act in their midst. Who you gonna watch? What’s CduS famous for: Romance or acrobatic feats that defy the imagination?

You can’t fault the actors, especially golden-voiced belter Ruby Lewis, who, especially in profile, could pass for Debra Messing, albeit with blond hair. She literally stops the show twice with powerhouse ballads “Something More” and “Everything” by Guy Dubuc and Marc Lessard [a.k.a. Bob and Bill]. 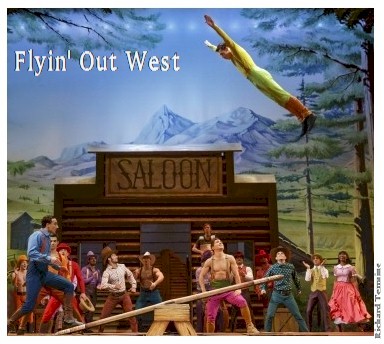 In the epic pull-out-all-the-stops production number during the making of Cleopatra, veteran aerial strap artists, identical twins Andrew and Kevin Atherton, fly out over the audience in jawdropping routines.

In the tribute to westerns – or maybe lumberjacks, the stage becomes an acrobatic hoedown with all manner of medaled gymnasts tumbling and doing high-up-into-the-flies routines on the flexible Russian bar.

In addition, there’s a tribute to Hollywood and TV’s walking dead, a trio of artists in a hard-hitting acrobatic love triangle partially performed on trapeze; a trio swinging perilously from street lights that become Chinese sway poles; a solo performer mastering the cyr wheel [huge gyrator hoop]; and slick, dexterous teterboarders. In a scratch-your-head-what’s-this bit, there’s the strange transformation of lampshades into drones. 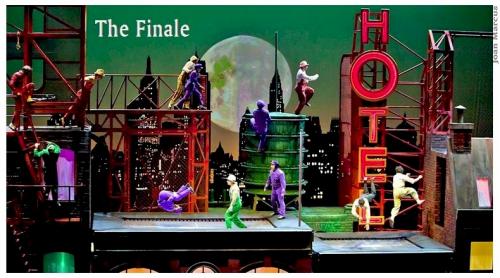 Just when you think you can’t be wowed anymore, there’s the absolute wow of the finale encompassing the entire stage with a lovers v. the bad guys chase across NYC rooftops – ingeniously-conceived with a half-dozen trampolines and high-flying and somersaulting daredevils.

A limited number of $35 tickets are available for every performance via the TodayTix app. The lottery begins each night at midnight and closes four hours prior to the performance. Winners receive email confirmation for a maximum of two tickets to claim from the lobby concierge. A rush policy will soon be in place. For more information, visit www.ParamourOnBroadway.comandwww.cirquedusoleil.com.  Follow Cirque du Soleil Paramour on Facebook, Instagram, and Twitter.