By: Ellis Nassour
Shakespeare lovers, want to impress with your knowledge of the Bard of Avon? Declaim lines from Othello?  Be a Cleopatterer rapper?  Learn more about Much Ado about Nothing? To be or not to be with Hamlet? Know when all’s well that ends well in dozens of comedies, tragedies, and sonnets? 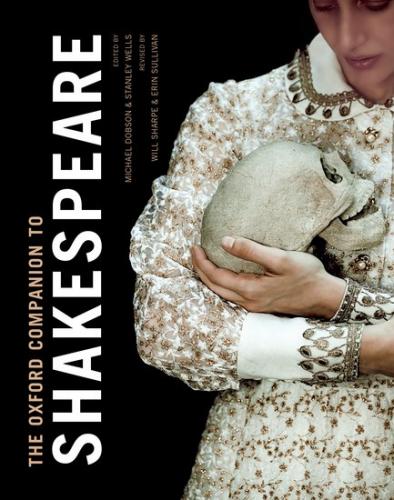 It’s difficult to think of a topic that isn’t touched upon by these masters, whose goal was to inform readers about Shakespeare’s works, times, lives, and afterlives.” However, the book isn’t so deep or scholastic that it’s not accessible. Far from it. It’s certainly a valuable tool for those reading Shakespeare from middle school onward.

Comprising more than 3,000 entries [with close to 100 new entries], the Companion covers a wide spectrum of topics — such as Shakespeare’s biography, legend, works,   real and fictional characters/individuals; plot summaries; and Elizabethan and Jacobean literature. Play entries include scene-by-scene detail with examinations of the play’s critical and stage and screen history.

Notable players, such as Thomas Betterton (1635-1710), “the greatest actor of the Restoration period”; Olivier, Branagh, Dench, and McKellen, pop up.

There’s something you might not expect: the United States of America entry discusses the Classics Illustrated comic-book versions of the plays and notes Shakespearian elements in TV series such as Gilligan’s Island.

Surprisingly missing is background on the many festivals devoted to the Bard’s work, not to mention an Index, which would be helpful in retrieving information or wanting to do a read-over.