Late in Richard Greenberg’s Our Mother’s Brief Affair, the luminous Linda Lavin brilliantly delivers a long, quiet monologue about a seemingly small incident fromher character Anna’s past which has haunted and colored her entire life. You can hear the proverbial pin drop as Lavin carefully takes the audience into Anna’s mind and skillfully explores how her cold, narcissistic nature, sterile marriage and arms-length relationship with her emotionally stunted adult children  was informed by ignoring a tiny request from her dying sister when they were girls. (The characters first appeared in Greenberg’s Everett Beekin.) It’s a beautiful, heart-stopping moment, but it’s not enough to save an otherwise meandering, anemic work.

You would think the collaboration between Greenberg and Lavin would have been a match made in theater heaven. Lavin has been giving individual spins to acid-tonuged, withholding matriarchs in several shows from her Tony-winning turn in Broadway Bound to the tyrannical grandmother in Hollywood Arms to the manipulative mother in The Lyons. Greenberg has written complex explorations of American families wrestling with love and identity, such as the aforementioned Everett Beekin, Three Days of Rain, The American Plan and The Assembled Parties. By the way, this is Greenberg’s 11th collaboration with Manhattan Theatre Club.

Greenberg is once again portraying a compelling woman in the midst of a crisis played to a sharp-edged “tee” by Lavin. But as in many of his previous works—both stronger and weaker—too many of the characters speak as if they had swallowed dictionaries. (Anna’s daughter Abby describes New York City as having a sense of “apocalyptic intimacy” HUH?). In addition, Greenberg spends too much time telling rather than showing.

There is an overabundance of direct address to the audience by Anna’s son Seth, flashbacks within flashbacks, plus action-stopping explanations for an obscure historical figure. This is probably the first Broadway show with live footnotes.

As she is lying on her deathbed—for the umpteenth time—Anna reveals to Seth and Abby that she had a short dalliance with a mysterious man while dropping off the adolescent Seth for viola lessons at Juilliard. The twist—and the footnotes—arrive at the Act One curtain when she adds the additional whammy that her clandestine lover was a heinous peripheral player in a real-life Communist spy scandal of the 1950s.

Is Anna’s liaison the truth or a product of her trashy-romance-filled imagination—and what does it say about her blighted emotional life? That’s the crux of the second act, but it’s hard to care what happens because Anna is so unpleasant and her children, both gay incidentally, are so cold and bland (neither seems to be invested in finding or keeping a relationship). As noted, Lavin delivers her customary insightful work, adding eloquent facial expressions to Greenberg’s dense dialogue, but even she cannot make up for her character’s unrelenting narcissism. Greg Keller and Kate Arrington are similarly strapped by the narrow emotional confines of Seth and Abby, but they do their best with the limited raw material. In a dual performance, the reliable John Procaccino bring some light to Anna’s lover and her horrible husband. MTC artistic director Lynn Meadow gives the play an efficient but passionless staging.

Santo Loquasto’s suggestive scenery and Peter Kaczorowski’s autumnal lighting sets the right tone for this ruminative memory piece which would have worked better as a short novel where introspection can be king rather than a play where action is necessary. 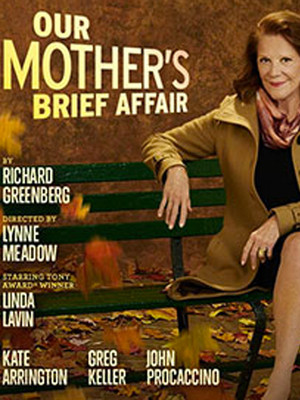 Originally Published on January 24, 2016 in ArtsinNY.com 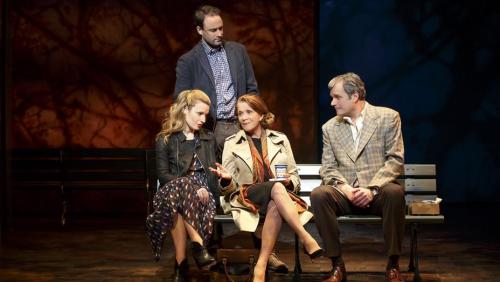