Stars Celebrate at Only Make Believe’s Back on Broadway Gala

On November 14th,  Broadway’s elite came out to celebrate Only Make Believe’s 23rd Annual Gala, “Back on Broadway.” Only Make Believe is an inspirational, joyous organization that creates interactive theatre with children who have severe medical conditions and developmental disabilities. The nonprofit has brought theatre into hospitals and schools for special needs children throughout New York, all without charge. To date, Only Make Believe has inspired more than 100,000 children through performance. 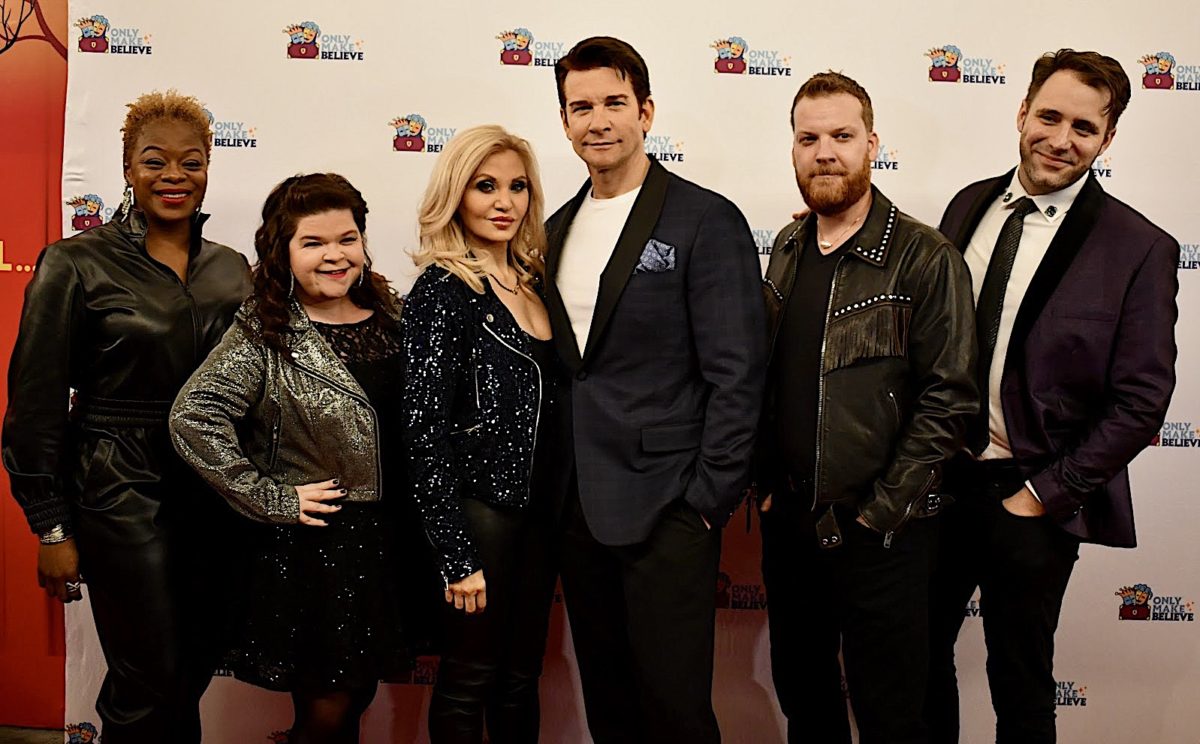 Stars Celebrate at Only Make Believe’s Back on Broadway Gala

On November 14th,  Broadway’s elite came out to celebrate Only Make Believe’s 23rd Annual Gala, “Back on Broadway.” Only Make Believe is an inspirational, joyous organization that creates interactive theatre with children who have severe medical conditions and developmental disabilities. The nonprofit has brought theatre into hospitals and schools for special needs children throughout New York, all without charge. To date, Only Make Believe has inspired more than 100,000 children through performance.

The gala, which took place at the St. James Theatre (current home to Into the Woods), truly embodies the spirit of theatrical performers, as it demonstrates their passion for inspiring and helping others through the use of imagination. The goal at this generous event was to raise money and awareness. John Oliver was on hand as host to bring humor and grace. Oliver and other exciting performers spoke with Theaterlife on the event’s red carpet.

“As a kid we had performers come to our school, the kind of thing you see this organization doing,” he said of his own first time experiencing make believe. “I was really taken by the idea that you can escape into some other world and some other role. Not that I was Daniel Day Lewis-ing my performances as Willy Wonka or the Artful Dodger, but I did my best,” he laughed, describing his own experiences on stage. “For me, it did become a way to both escape whatever was happening in my life at that time, and also pointed me towards something that I wanted to do. I could not be a Broadway performer due to limitations such as not being able to sing or dance! Apparently, those two things are pretty important, so instead I can stand next to the actors and introduce them.”

“If I hadn’t used imagination and make believe and gone though my mother’s closet and acted out all of these characters and tried singing…I was a young kid from North Carolina who had no theatre in her life, no magic in that way,” Leavel told The New York Independent, before sharing that she is hoping to return to Broadway with the new musical The Devil Wears Prada. “Make believe helped me a great deal.” She performed an astounding rendition of “Some People” at the gala.

“Theatre is so important,” said Milligan, who proved that she should be leading the cast of Funny Girl with her take on “Don’t Rain On My Parade.” “Sometimes, we hear about defunding of any arts programs and those are the first to go. They are so important in a kid’s development, let alone for children in need or children with health issues of any kind. Only Make Believe is a life raft in many ways. To give money, time and space to these families with the power of imagination is so powerful it can’t be understated.”

Brad Oscar has worked with Only Make Believe since a benefit at 2001 at the Westside Theatre, where ironically, he is currently performing in Little Shop of Horrors. “I don’t remember ever not wanting to get dressed up, tell stories and put on little skits and plays and dance around to cast albums and all that stuff,” he says of his appreciation of how the use of imagination helps children. “The first album I wore out was Damn Yankees. I danced to all the characters. Who would limit themselves to just having to choose one? Whoever was singing, that was the role I was playing!” Oscar celebrated his first year as a “real live” board member for Only Make Believe.

Up until the previous evening, Oscar was playing Mr. Mushnik opposite Rob McClure, who finished his run as Little Shop’s Seymour. They did one last tango in “Mr. Mushnik and Son” at the gala. “I remember playing Ninja Turtles on my front lawn with cars going by and me not caring because I was making believe,” McClure recalled. “I feel like I was my best actor when I was 5, because the world hadn’t told me to be self-conscious yet. I could fully inhabit it. One of the things I admire most about Only Make Believe is how they take people who have training and are professional make believers, and they meet the people who are still in the place where make believe is as real as anything. They bring the power of play to the people who need it most.”

Montego Glover and Andy Karl are currently calling the St. James Theatre home, as they are starring in Into the Woods as the Witch and Rapunzel’s Prince, respectively. “It isn’t lost on me that I’m doing a play about the importance of children and what we say and do around them and to them,” Glover said of the poignancy of the gala taking place to the backdrop of Into the Woods’ set. “Only Make Believe strives to include children in the experience of art, but also the healing power of art. Any person who’s an artist can attest to that,” she said. She gave everyone a taste of her Broadway role with her rendition of Woods’ “Greens Greens.”

Imagination was incredibly important throughout the pandemic, and Andy Karl remembers how it shaped his own experience as an adult, inspiring him to give back. “Where there was no theatre we made one,” he said. “We found a place to do it. I wrote many plays myself and did Zoom readings and screen readings. Theatre is the most inspiring thing for people.”

“It’s phenomenal to get to inspire kids when they can’t make it to the theatre,” said Orfeh. “Children get to see live people doing this, and everything is sprung forth from your imagination. The impetus for every invention on this planet was once in somebody’s imagination.”