November 6th was a celebration of the magic of theatre, as the Broadway community came out to support Only Make Believe at its annual gala. OMB is a non-profit organization that creates and performs interactive theatre for children in hospitals and care facilities. The organization, which has served over 52,000 children since 1999, honored singer and new Broadway star Josh Groban for his philanthropic work with Find Your Life Foundation. 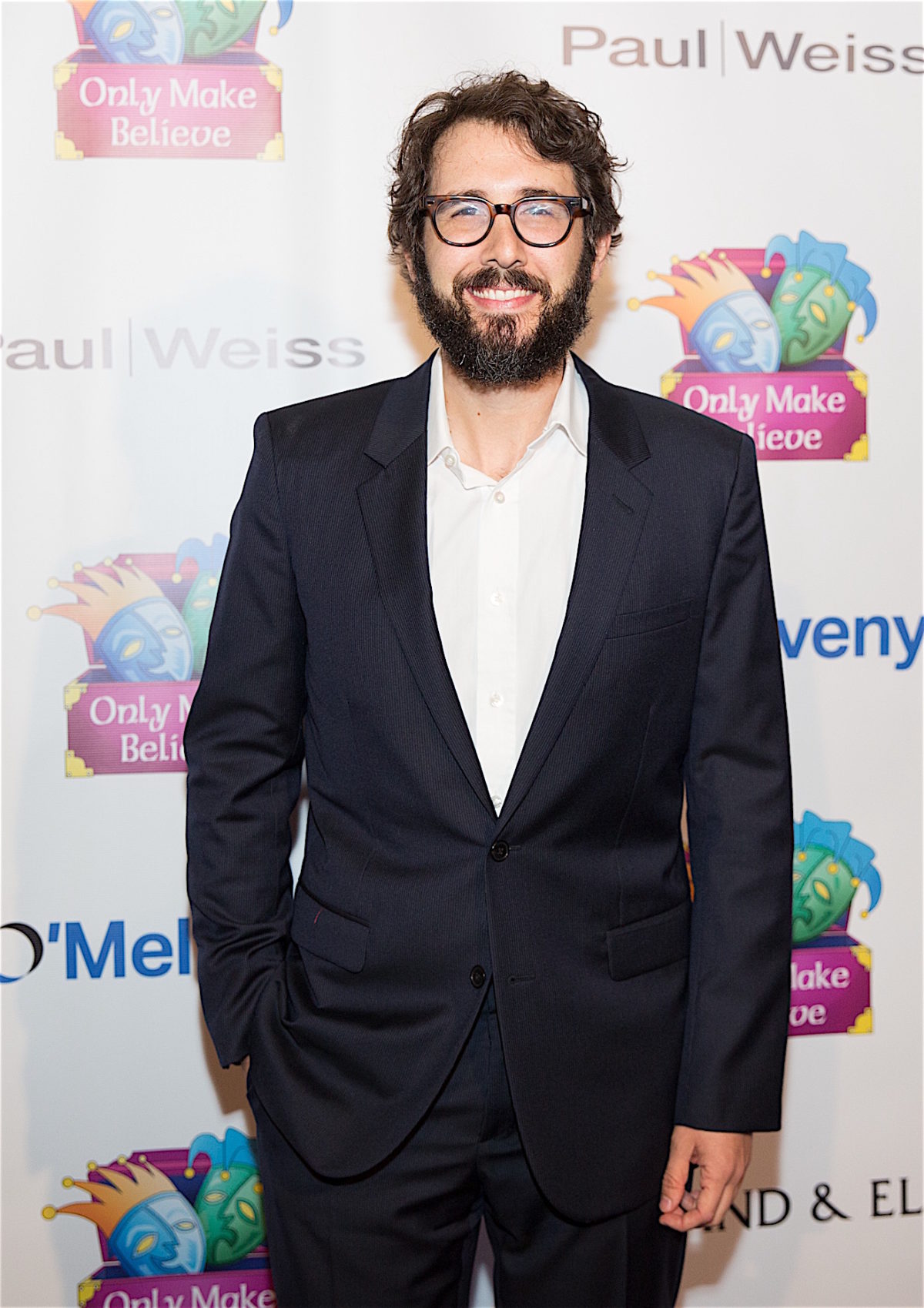 November 6th, 2017 was a celebration of the magic of theatre, as the Broadway community came out to support Only Make Believe at its annual gala. OMB is a non-profit organization that creates and performs interactive theatre for children in hospitals and care facilities. The organization, which has served over 52,000 children since 1999, honored singer and new Broadway star Josh Groban for his philanthropic work with Find Your Life Foundation.

Artists arriving on the purple carpet spoke of how the arts were an integral part of their own childhoods. “At 6 years old I did a production of Fiddler on the Roof in Boston, and I ended up doing it until I graduated from high school,” said Frozen’s Greg Hildreth, who proved he has the mettle to make people laugh as Olaf when he performed “Making Love Alone.”  “I simply fell in love with theatre, and I think that art has a power to heal, as Only Make Believe has shown us. Anyone who has worked in theatre or is a theatre fan has experienced that on some level.”

Betsy Wolfe, currently starring in Waitress with pop musician Jason Mraz, opened the show joking that there was nothing like an 11 o’clock number right out of the gate, going on to belt “Maybe This Time.” “People young and old have been coming,” she says of Waitress’ continued popularity. “I remember vividly when I was that young and seeing shows for the first time. One of the best things I can hear at the stage door is, ‘This was my first Broadway show!’ It’s so special to be a part of childrens’ imprints in some way. I am really humbled by it and extremely grateful that I’m in a position where I can share in that memory with them.”

Sierra Boggess, who is about to head on tour with fellow performer Ramin Karimloo, recalled doing her first play in elementary school. “It was called Get Smart, Don’t Start,” she laughed. “It said, ‘Don’t Smoke Cigarettes!’ It worked out great for me because I will never smoke a cigarette, ever!” Anastasia star Karimloo performed a beautiful arrangement of “Ol’ Man River” as he demonstrated his skills on guitar and held a final note that felt as if it went on for five minutes. “I know how theatre has changed my life,” he said. “Sometimes it’s the kids leading the way! There are times I wish the adults could shut off for three hours like kids do. Theatre inspires them as human beings, not just to become actors. It makes people think and look at themselves. To instill those seeds young, from an early point in their lives, is a great thing.”

OMB’s 2016 gala, hosted by John Oliver and honoring Jude Law, raised just under $1 million. The non-profit is free of charge to hospitals and has been bringing interactive theatre to children in over 55 hospitals and care facilities in the NYC and DC Metro areas. With SNL’s Cecily Strong on hand as host for 2017, the charity raised over $1.14 million. One of the gala’s co-directors, Brad Oscar, spoke of how the program lifts the spirits of kids who are living in difficult situations. “We talk about the healing power of the arts and these grand phrases that sound high and mighty in a way, but then you actually see something like Only Make Believe in action,” he said. “You see these actors go in with these scripted but interactive shows and how they get the kids involved, and especially for these children who are often in very difficult situations in their lives, and you realize how much power there is in positivity and emotion. Only Make Believe lets them dream and soar, and perhaps lets them escape that environment for an hour as actors tell stories and make magic happen.” Oscar went on to make magic happen for the gala audience, performing David Friedman’s “My Simple Wish (Rich, Famous & Powerful)” amidst laughter.

Before bringing down the house with Memphis showstopper “Ain’t Nothin’ But a Kiss,” Montego Glover contemplated how her current show could work with Only Make Believe to enlighten the lives of children.  “#EduHam is the educating arm of Hamilton and it’s so vital,” says the star of the Chicago juggernaut. “I did my first #EduHam program just last week and it’s off the chain. You say to kids, ‘Here’s some source material, here’s what we’re working on. What’s inside of you? What would you write if you could write it?’ I was absolutely blown away. I can’t imagine there’s a kid who couldn’t know what Hamilton is and be enriched by the experience of having it even closer to them.”

Lena Hall spoke of meeting Josh Groban when he began following her on Twitter…and she thought that he was Clay Aiken. After referencing his self-deprecating humor and big heart, she stunned with a star-studded rendition of David Bowie’s “Life on Mars,” making it quite obvious as to why Groban was so taken with her after a performance of Hedwig and the Angry Inch. On the purple carpet, Hall spoke of Groban with awe. “Unless you’ve sung opposite him, you would never know how unbelievably powerful his voice actually is,” she said. “The microphone picks it up, but if you are singing opposite him and you are close, it’s this shear power that comes across. It took me by surprise when I first sang with him!”

The singer himself was very humbled by all of the kind words bestowed upon him, and presaged accepting his award by describing kids’ reactions to Natasha, Pierre, and the Great Comet of 1812, a musical based on Tolstoy’s War and Peace. “Every Wednesday afternoon we would get kids sitting in the matinee that wouldn’t normally be able to see a show. There were two very different audiences happening. There were the ‘white gloves’ clapping on the floor, and then there was this hooting and hollering up in the balcony. The kids were living their best lives up there, yelling, ‘Natasha, don’t trust him! He’s a rogue!’ They were getting into literature, into War and Peace, because it was presented to them in that way! To see them excited to ask questions about something that would normally have been so boring and dense, now getting excited about Pierre’s existential crisis- that’s the thing that only great theatre can do for people.” Upon accepting the Sir Ian McKellen Award, Groban pledged to “fight for the rest of his life” because “we need arts education more than ever.” In fact, it was a teacher who gave him his first solo. “[She] pulled me out of my shell. Those teachers, those principals, the arts educators in this country, they’re really doing the groundwork. They’re the reason I’m doing all of this.”

To learn more about Only Make Believe or to make a donation, visit www.OnlyMakeBelieve.org.