November 14, 2022: Watching the director/choreographer Andy Blankenbuehler’s new work, “Only Gold,” at MCC Theater, brings a surge of energy, such as one needs to become a woke person. Woke, in this case, means listening to your heart regardless of what society may dictate. Told primarily through dance, to the beat of British recording artist Kate Nash, the show is thrilling, in many ways. 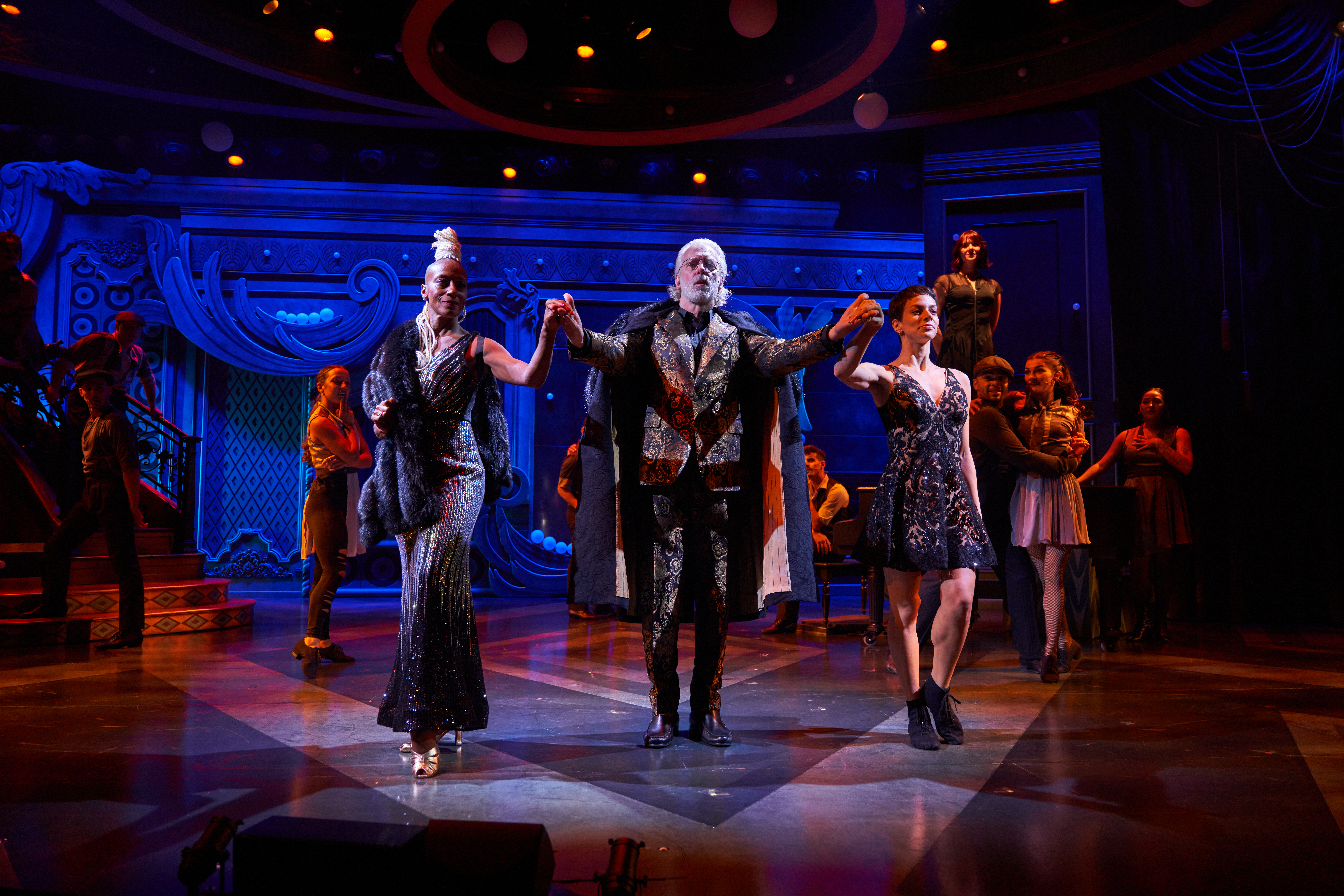 November 14, 2022: Watching the director/choreographer Andy Blankenbuehler’s new work, “Only Gold,” at MCC Theater, brings a surge of energy, such as one needs to become a woke person. Woke, in this case, means listening to your heart regardless of what society may dictate. Told primarily through dance, to the beat of British recording artist Kate Nash, the show is thrilling, in many ways.

Known for his choreography of “Hamilton,” and “In the Heights,” Blakenbuehler wrote the book to this new show, along with Ted Malawer.  As a dance musical with a nonlinear narrative, it speaks to those coming of age in a digital era, and that sense of limitlessness. In our contemporary world, one can search for, see, and share whatever one wants.  Still, as storytelling, “Gold” clings closely to the emotional arc of a traditional romance.

Set in a festive Paris 1928 – on the brink of worldwide depression, “Gold” speaks to a society like our own, facing rupture. The main narrative involves King Belenus (the fabulous Terrence Mann), from a fictional land who needs his daughter, Princess Tooba (Gaby Diaz) to agree to her arranged marriage with a Count (Tyler Hanes). Much to her father’s delight, she falls in love with Paris. But as we know, there are definitely kinks on the way to ideal love, which each of the three couples reveal.

Ironically, the story turns on the tale of a watch maker, who dreams of being a Jeweler (Ryan VanDenBoom), like his father was. His dream comes true when he meets the King, who seeks a charm, to rekindle Queen Roksana’s (Karine Plantadit’s) love. Prompted by his wife’s (Hannah Cruz’s) encouragement, the Jeweler shows the King his designs. And what turns out to be a supreme partnership between Jeweler and King, leaves his musical wife without even the right to keep her piano. That Cruz sings wonderfully  is a crowning pleasure.

Their reconciliation is the underpinning to the book, about a woman’s need for fulfillment through self-expression, and the right to be recognized for it. Happily, the jeweler’s gold is in his heart. It’s also in the costumes by Anita Yavich, and the scenic design by David Korins.

More importantly, it’s in the music. Kate Nash’s score, especially her up-tempo arrangements bring the style she developed from her first hit “Foundations,” to the stage, in an exciting way. In this production she includes folk-style ballads that are quite beautiful, and seductive.

Still, her music is upbeat, even in the face of bitterness. In the music video to “Foundations,” we see her eating lemons joyously. Her feminism speaks through her lyrics, and her personal struggles relate to modern women.

As for the costumes, the main characters standout. Dressed in a stunning gold and black suit with a large flowery design, Terrence Mann gives an incredible performance. Alternately comic, or romantic, – he is necessarily commanding, and his eleventh hour number is fueled with enormous passion. It is, indeed, the culmination of the actor’s work -from his Tony nominated role as Javert, the main antagonist in “Les Miz,” to Charles, the conqueror/hero of “Pippin.” His presence is bigger than life, as well as most of what we see on many a stage these days.

But the most astonishing performance is Karine Plantadit’s, a lead dancer with Alvin Ailey, she is widely known for her work in Twyla Tharp’s jukebox musicals. A dainty, yet forceful dancer, Plantadit builds a strong, sensitive character – lover, wife, mother, and truth seeker. She is a formidable contender to the King, in demanding her rightful place in government, and in life.

As the romantic lead, Diaz is highly energetic, but as a dancer she lacks the physical strength to sustain the role, as it is being interpreted here. Indeed youth, and young love sometimes appear callow. As the young man she falls in love with, Ryan Steele is fetching in his in mid-air poses.

Blakenbuehler’s choreography, while rooted in modern dance, also explores a range of styles, including tap, and ballroom, with a twerk of street dance, for the youthful performers. It’s exciting, but lengthy interludes of choreography, also distract from the directness of storytelling. Dance creates a life in and of itself, whether or not it carries the action – in the narrative sense. Its marriage with the American musical takes considerable strides here.

Finally, the piece rests on the small orchestra of strings, and the youthful buoyant dancers, who celebrate love so buoyantly.