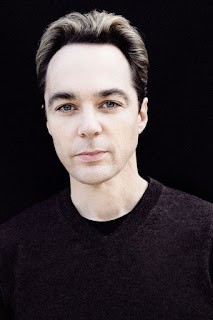 Fiennes will play influential builder Robert Moses in Straight Line Crazy by award-winning playwright David Hare. Following a successful run in London’s Bridge Theatre, the play will begin previews at the Shed’s intimate Griffin Theater on Oct. 18 in advance of an Oct. 26 opening for limited nine-week engagement through Dec. 18. For 40 years, Moses was considered the most powerful man in New York, building expressways, public parks and bridges and bending mayors and governors to his will. If you watched any Zoom interviews on cable news during the COVID pandemic, you probably saw a copy of The Power Broker, an 1100-page biography of Moses by Robert A. Caro, on innumerable bookshelves.

Hare’s play is set during two decisive moments in Moses’ career: In the late 1920s when he began to rise to power and in the 1950s when there was public outcry against Moses because his projects were destroying disadvantaged neighborhoods. The play is directed by Tony winner Nicholas Hytner (The History Boys, Miss Saigon). Hare has had nine plays produced on Broadway including Plenty, Racing Demon, Skylight, The Vertical Hour, Amy’s View, and Via Dolorosa which he also starred in. Fiennes last appeared on Broadway in The Faith Healer in 2006. He recently appeared in London in the solo plays Beat the Devil by Hare (in which he played the playwright coping with COVID) and an adaptation of TS Eliot’s Four Quartets.

“When I first read Straight Line Crazy I was compelled by its provocation, humor, and of course by the portrayal of Robert Moses. It seemed its natural home was NYC and now—thanks to The Shed—the play can be seen there. I’m excited. It’s a New York play—that’s simply what it is,” said Ralph Fiennes.

“I am very excited to bring Robert Moses home. We had a great educational run in London at The Bridge Theatre where few of the audience had heard of him. But it will be fascinating to bring this controversial figure back to the city, and to the state, on which he left such a lasting mark,” said David Hare.

“Having premiered David Hare’s new play at The Bridge Theatre in London this spring, I’m so thrilled to now partner with The Shed to bring this New York story to New York with Ralph Fiennes leading the way alongside our brilliant cast and creative team,” said Nicholas Hytner.

Parsons will star in a revival of A Man of No Importance, the musical based on the 1994 film starring Albert Finney, to be directed by Tony and Drama Desk winner John Doyle (Sweeney Todd, The Color Purple, Company). Previews begins Oct. 11 at Classic Stage Company for an Oct. 30 opening. This will be Doyle’s final production at CSC as artistic director after staging productions including Passion, Carmen Jones, and Assassins. Parsons has previously appeared on Broadway in The Boys in the Band, The Normal Heart, An Act of God and Harvey. He will play Alfie Byrne, a Irish bus driver with a theatrical flair. While suppressing his gay affections, Alfie leads an amateur dramatic company in a production of Oscar Wilde’s Salome over the objections of the local church.

Future–Good Night, Oscar; The Devil Wears Prada; The Griswolds’ Family Vacation; The Karate Kid; Back to the Future; Our Town; The Nanny; The Normal Heart/The Destiny of Me; Sing Street; Smash; Soul Train; The Who’s Tommy