May 4, 2018: Art is Forever…and Moniker Art Fair is just two Ferries from Frieze, at 73 West Street, in the historic “Greenpoint” neighborhood of Brooklyn. For ‘landlubbers’, connect between Fairs using VIA, the most flexible option. 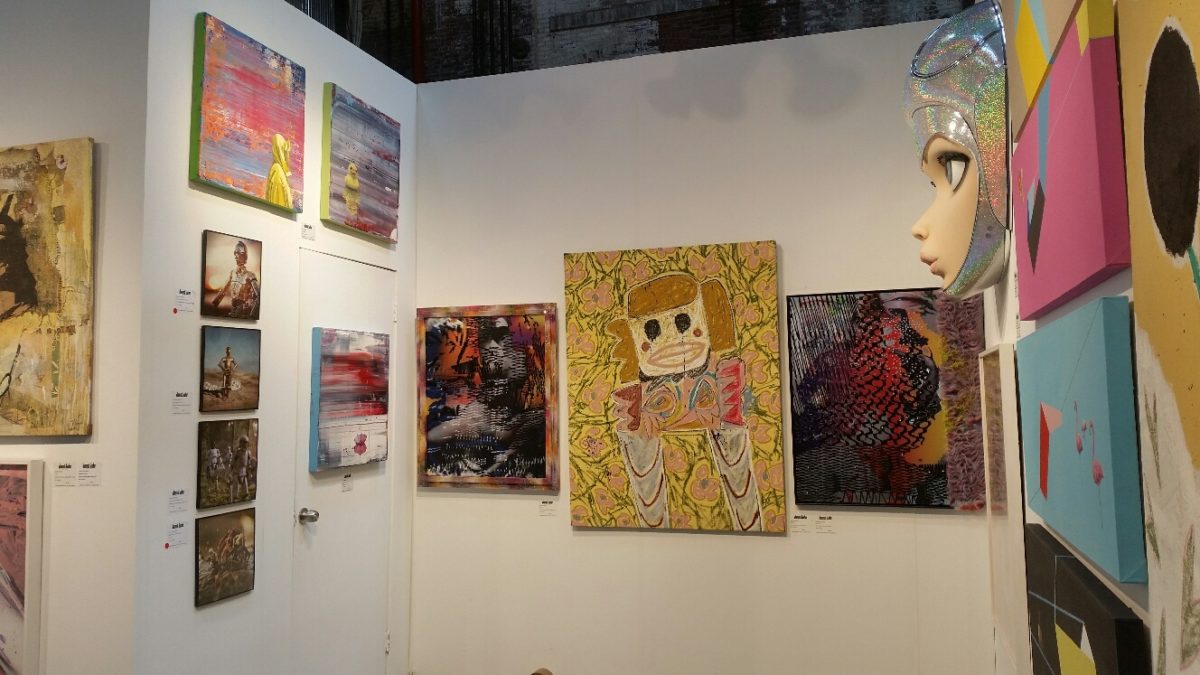 May 4, 2018:  Art is Forever…and Moniker Art Fair is just two Ferries from Frieze, at 73 West Street, in the historic “Greenpoint” neighborhood of Brooklyn. For ‘landlubbers’, connect between Fairs using VIA, the most flexible option.

Moniker Art Fair opened nine years ago in London as the ‘Street Art’ accompaniment to Frieze’s establishment view of ‘today.’ Art, as we know, is just a single head-twist from today to tomorrow.

NYC this week is ART ART ART.
Frieze is the undoubted lynch-pin of Art-New York this week. It is located on Randall’s Island. The team behind Art Miami stages its New York edition this week. Art New York, at Pier 94, is now enfolded in the CONTEXT Fair. TEFAF (the travelling extension of Maastricht) is at the 67th and Park Avenue Armory.

From the PR desk at Moniker: We don’t really advertise to fill our ‘spaces’….) and they mean it! Janet Lehr Fine Arts had to be ‘vetted’ by Moniker Art Fair!

Moniker is such a well-known London art fair, that it is approached by galleries early in the year. The managers review/scrutinize each applicant and, if they like the artists and their ideas, the gallery will get the ‘nod’ to come on board. That’s the secret behind Moniker and its success … the Fair is courted by galleries and artists in ‘the know’ . It is also the only major art fair to accept the applications of individual artists, who the fair scrutinizes as carefully as it does exhibiting galleries. There is a strict limit to the numbrr of galleries acceted. An applicant, gallery or artist must submit its work or ‘stable’. If Moniker approves 5 artists from a gallery’s stable, the gallery might be asked to exhibit – but only works by those 5 artists.

For 2018 exhibiting galleries and artist’s booths, see the following listing along. Photographs include the booth name included in each image. Moniker Art Fair NY is on view at The Greenpoint Terminal, 73 West St, Brooklyn NY, May 3-6, 2018. You can purchase tickets here. This exhibitors advise: call a VIA. You’re covered in Brooklyn, Queens and Manhattan and perhaps the Bronx.