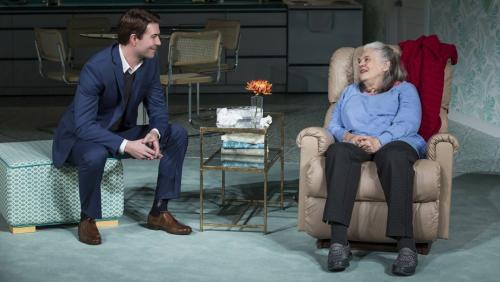 The elusiveness of memory is the theme of Jordan Harrison’s delicate and wonderful short play Marjorie Prime at Playwrights Horizons. Running at a precise 80 minutes, this sensitive, Pulitzer Prize nominee explores the fragility of human connections and the slow encroachment of technology on love and family. Set sometime in the mid-21st century in Laura Jellinek’s appropriately sterile living room-kitchen set, the play begins with the plight of the elderly Marjorie who is losing her recollections of a long and rich life along with her health. To regain her past, her daughter Tess and son-in-law Jon have bought a living computer which looks exactly like her late husband Walter at around age 30. The function of this android is to provide companionship and prompt Marjorie’s remembrances of her days with Walter.

Complications arise as Tess grows jealous of the artificial Walter and fears her mother is becoming a different person. Varying versions of family anecdotes are fed into the computer’s mother-board and the past becomes blurred. Gradually, the humans are replaced by the “primes” and this little community’s shared history becomes distorted into an fake, rosy dream.

Harrison explored similar ideas in his clever comedy Maple and Vine (also produced at Playwrights) in which two couples attempt to create a Ozzie-and-Harriet world in a planned 1950s community. In that play, idealized images of the past warp the present. Here he goes a step further by examining the possibility of machines designed to aide and comfort humanity eventually replacing us.

There are no big dramatic shifts. Harrison and director Anne Kauffman subtly indicate the tiny changes to Marjorie’s narrative. Walter’s marriage proposal at the bland movie My Best Friend’s Wedding is replaced by the more romantic Casablanca. Marjorie’s rejected ordinary boyfriend morphs into a world-class tennis pro. All these variations take place with such gradual ease we barely notice them until they become the new reality.

The cast follows up on this shaded approach. The invaluable Lois Smith brilliantly embodies the slipping-away Marjorie and the remnant of her younger self. You can see the glint of devilish fun in her eye as she describes Marjorie’s girlish escapades even as her body imprisons her. Lisa Emery performs a miraculous balancing act of displaying Tess’s massive depression without making her into a drag. She manages to make Tess’s prickly anger a symptom of her frustrated love for her mother. Stephen Root is a sympathetic Jon and handsome Noah Bean skillfully handles the difficult task of playing the computerized Walter, making him almost human, affording us a scary look at an attractive but frightening future. 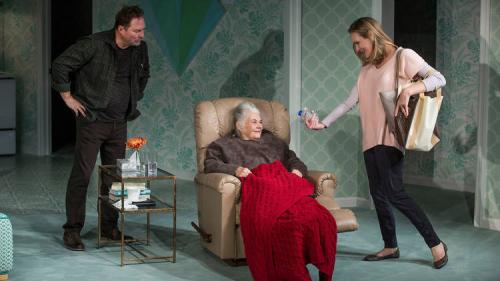 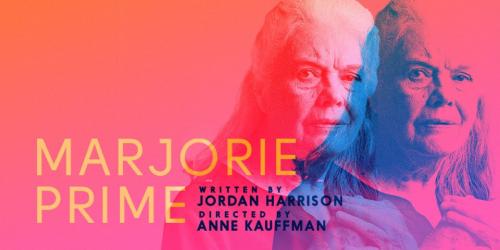