February 15, 2022: We have a new version of Eugene O’Neill’s autobiographical play, “Long Day’s Journey into Night,” at Off-Broadway’s Audible Theater on Minetta Lane through February 20th. “Long Day’s Journey” is a long, long play and some critics and audiences have felt its prolixity and repetition of overwhelming family sorrow and sadness were too much to handle. 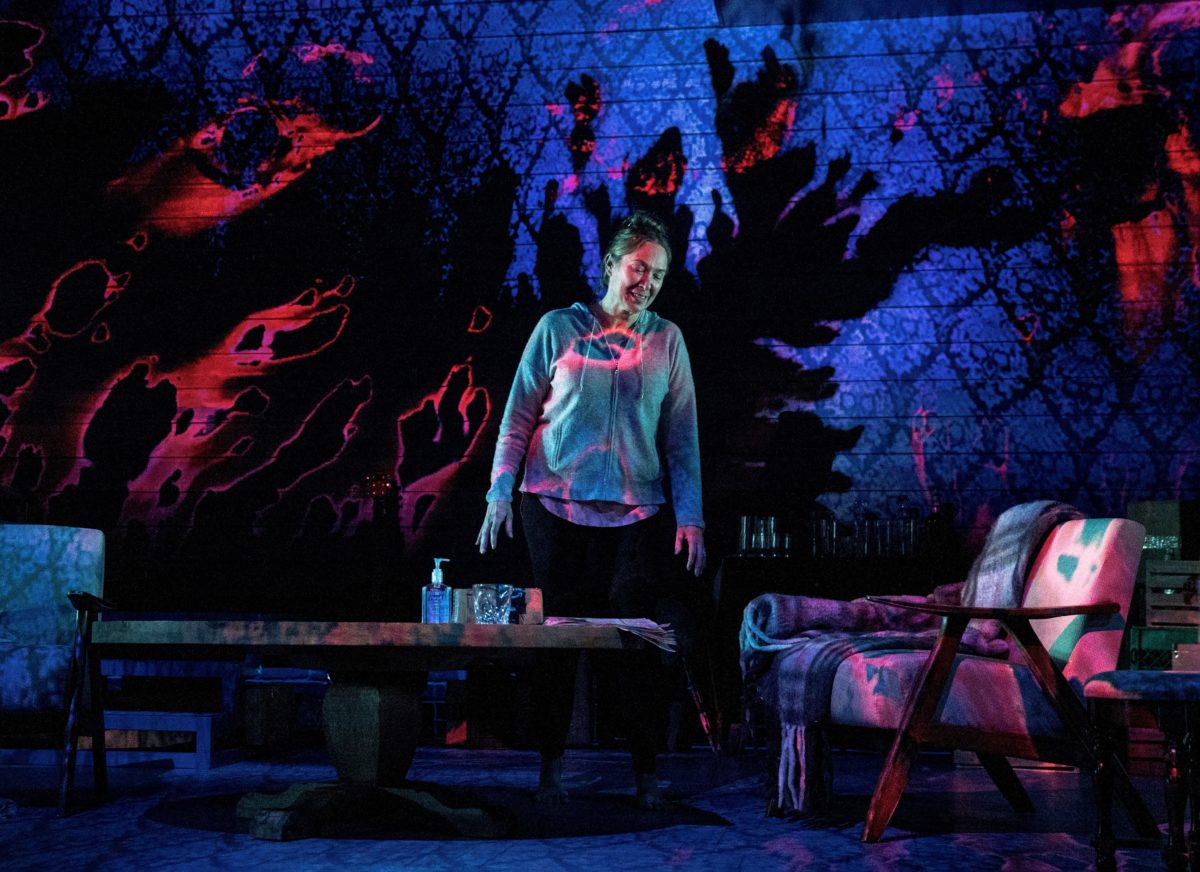 February 15, 2022: We have a new version of Eugene O’Neill’s autobiographical play, “Long Day’s Journey into Night,” at Off-Broadway’s Audible Theater on Minetta Lane through February 20th. “Long Day’s Journey” is a long, long play and some critics and audiences have felt its prolixity and repetition of overwhelming family sorrow and sadness were too much to handle.

Now, director Robert O’Hara, who won a staging Tony nomination for “Slave Play” last year, has cut O’Neill’s four-hour opus into a two-hour play with no intermission.  This experiment works for both Mr. O’Neill and Mr. O’Hara, giving us a new, pocket-sized way to look at “Long Day’s Journey.”

Mr. O’Hara still captures O’Neill’s play with incisive accuracy and the essential meaning of O’Neill’s finest drama without any strain or stress and the production easily flows from one moment to the next. Mr. O’Hara gets high scores in choosing the right actors for the play’s four principal roles.  He has eliminated one character, Cathleen, one of the house’s maids.   Elizabeth Marvel plays O’Neill’s mother, Mary Tyrone – “Tyrone,” as O’Neill elected to call his family in the play.  She is sweetly serene in Mary’s early moments of repose.  Later, in the late darkness of the play, in the moments of terror, or of shame, she breaks the mold of serenity to expose the unfortunate mother’s deepest feelings.

Ms. Marvel’s real-life husband, Bill Camp, plays James O’Neill, the larger-than-life, blustering leading actor, and he nicely matches his wife’s performance.  The two sons are Edmund (Ato Blankson-Wood) who would become playwright Eugene, and James (Jason Bowen) the older brother, a sort of dissipated soul.  Both sons are played by Black actors, a fact that is never addressed.

The Connecticut seaside house was built in the 1900s on the New London coast, the clapboard structure of the house is still standing though everything inside the living room setting is today: furniture, lamps, large TV screen on CNN, and empty FedEx and Amazon mail boxes.  Without a maid and cook, James totes in three meals a day from local eateries like Starbucks.  Costumes are summer style: yoga togs for Mary, summer shorts and t-shirts for dad and the sons.

A drama of love and hate, O’Neill wrote the play in 1941 out of his own memories of a dreadful day in 1912 when he and his father and brothers discovered two terrible truths: that he, Eugene, had no “summer cold” but rather tuberculosis, and that his beloved mother had lapsed back once again into the habit of taking morphine.  She had first been given it by a cheap Times Square hotel doctor that James hired after the birth of Mary’s third child who had soon died.

Although the poor haunted Tyrones suffer the torments of the damned throughout the play, and the mother, Mary, makes her terrible descent into the mists of the past under the drug, the three men find new strength in recognition of old truths while violently thrashing out their bitter differences.  Meanwhile, their lapsed mother, lost again in the memories of a peaceful past, is freed at least of her sense of guilt and shame. The play is not a tragedy.

The company tells O’Neill’s story without tricks or treats.  But there is humor, as there is humor in all these characters – especially James Tyrone and his miserly take on money and how he keeps all unnecessary light bulbs turned off.   James and Edmund love to joke about their skinflintB father, as O’Neill did.

Most O’Neill plays are autobiographical, as is “Long Day’s Journey into Night.”  It follows so closely the personal story of his own family that O’Neill forbade its production until 25 years after his death – a ban that his widow lifted in 1956, three years after he died.

To me, “Long Day’s Journey into Night” is without question the wisest and the most mature of all the dramas of our greatest American playwright, and one of the few of our time that continues to endure.  Mr. O’Hara has found a new way of telling O’Neill’s story for another generation.  After the stage production closes, Audible will record the production for listeners around the world.