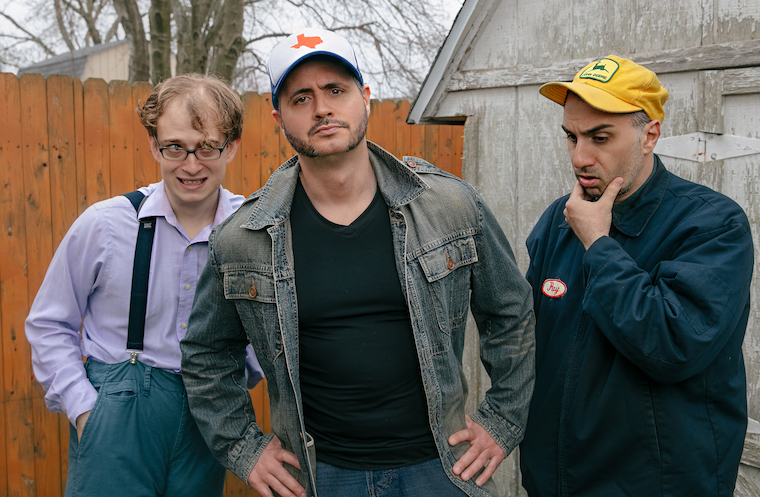 The play, which received audience and critical acclaim from its 2017 production highlights rising star Matt de Rogatis as the lead and features the all female band The Chalks with Broadway actor Leenya Rideout The second week of the run will feature Ms. Rideout as a solo performer in the bar. LONE STAR transforms the theater into a rowdy Texas bar in the early 70’s with many surprises. This production, directed by Joe John Battista marks the second NYC revival  since Powers Boothe originated the role of Roy on Broadway in 1979. Tickets are $20. For tickets and further information visit the show’s website at www.lonestarplay.com

Reprising their roles and joining Matt de Rogatis as Roy are Chris Loupos as Ray and Michael Villastrigo as Cletis.  The club muscle is played by Tony Del Bono and John Constantine is featured in the cast. The Chalks are Mary Brienza, Kathryn Markey, Leenya Rideout.

With a new concept from past productions, LONE STAR features a performance by the all female band The Chalks inside a Texas roadhouse saloon in 1972.  In the cluttered back of the bar, the play takes a turn and deals with a man who returns home after a tour of duty in Vietnam and bonds with his brother by reminiscing the past the present and the future.

LONE STAR  is presented by Ruth Stage and the 13th Street Repertory Theater.

Production design is by Kerielle Sollecito with Lighting by Allison Hoffman. The costume consultant is Wendy Tonken and the production coordinator is Roslyn McKay.

Matt de Rogatis most recently appeared as Richard III in Austin Pendleton’s Shakespearean mashup of King Henry VI Part III and Richard III entitled Wars of the Roses: Henry VI & Richard III. Some previous Off Broadway and New York City credits include Roy in Lone Star, the title role in Hamlet, The Elephant Man in The Exhibition, Charlie Gordon in Flowers for Algernon, Stanley Kowalski in A Streetcar Named Desire, Ken in Red, revived and uniquely staged at the Jim Kempner Fine Art Gallery, and Frederick Clegg in the United States Premiere of The Collector at 59E59 Theaters.

Joe John Battista, (Director) most recently directed Amy Stiller in Woman Behind Bars. He is the artistic director of the historic 13th Street Repertory Theater and a member of Actor’s Equity and the Dramatist Guild. Joe graduated The American Academy of Dramatic Arts and studied with William Hickey, Stephen Strimpell, Uta Hagen, Eve Collier, Hugh Whitfield, Jack Melanos, Paul J. Curtis and Gates McFadden. At the age of 21 he was hired as a director at the Bucks County Playhouse but soon realized that New York theater was his first love and began directing experimental theater Off-Broadway. Joe is also a professional photographer and has worked for the Ford, Elite, Zoli, Wilhelmina and Legends agencies. He has been involved in over 100 plays and musicals and was lead guitarist for the bands Razor Engine and Electric Landlady. He appeared and played blues in the first revival of Lone Star starring Matt de Rogatis. Lone Star marks the 12th production Joe has directed at the 13th Street Repertory Theater.