The Hampton Classic, August 25-September 1, is one of the world’s most prestigious horse shows and features competitors at every level from young children in leadline to Olympic, World, and World Cup Champions. The Classic also has competitions for riders with disabilities. The Hampton Classic features more than 200 classes in six show rings, the Agneta Currety Boutique Garden with more than 70 vendors, and a wide selection of dining options, all on its world-class 60-acre show grounds.

Highlighting the Hampton Classic is the $300,000 DOHA.INC Grand Prix CSI**** on Sunday, September 1. In addition to the Grand Prix title, the world-class field of riders will be looking to win the LONGINES Rider Challenge that awards $30,000 to the rider who accumulates the most points throughout the week in the horse show’s Open Jumper competitions.

Monday, August 26 – The Finals of the Long Island Horse Show Series for Riders with Disabilities Sponsored by BNB Bank will be the highlight of competition and the Classic will host its 9th annual Animal Adoption Day. Adoptable cats and dogs will be in the Kids area from 11:00 a.m.-2:00 p.m. and adoptable horses will be showcased in Hunter Ring 2 from 12:00-1:00 p.m.

Saturday, August 31 – Kids Day Presented by News 12 Long Island will feature activities for the entire family from 10:00 a.m. – 2:00 p.m. Children under 12 are admitted free and receive a free pony ride. The Grand Prix ring will host the $10,000 Hampton Classic Equitation Championship presented by Palm Beach International Academy beginning at 8:00 a.m. and the $15,000 Carolex Junior/Amateur/Amateur-Owner Jumper Classic followed by the big event of the day, the $72,000 LONGINES Cup at 2:00 p.m.

Sunday, September 1 – The $10,000 Hermès Hunter Classic is among the featured competition on Grand Prix Sunday. Festivities in the Grand Prix Ring begin with the $25,000 Jumping Derby followed by the grand finale— the $300,000 DOHA.INC Grand Prix CSI****. The winner of the $30,000 LONGINES Rider Challenge will also be presented. Competition starts at 10:00 a.m. 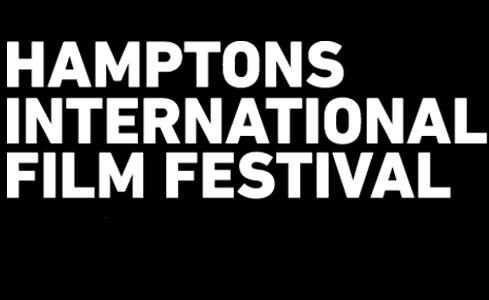 The Hamptons International Film Festival was founded to celebrate Independent film—long, short, fiction and documentary—and to introduce a unique and varied spectrum of international films and filmmakers to our audiences. The festival is committed to exhibiting films that express fresh voices and differing global perspectives, with the hope that these programs will enlighten audiences, provide invaluable exposure for filmmakers and present inspired entertainment for all.

Janet Lehr Fine Arts is the successor to the longest running business in East /Hampton, Vered Gallery which stood alone in East Hampton as a gallery when it opened its doors in 1977 – before the wonderful Sam’s.  In 1983, Janet Lehr became a partner at The Vered Gallery. Upon Vered’s retirement, Janet has excitedly moved onto phase three; as Janet Lehr Fine Arts, located as ever in Starbucks Passage. Carrying on the tradition of Best Little Museum in the Hamptons! Where everything is for sale-always actively working with late 19th and 20th Century American Modernism, Photography, and Design, into works of the 21st Century.