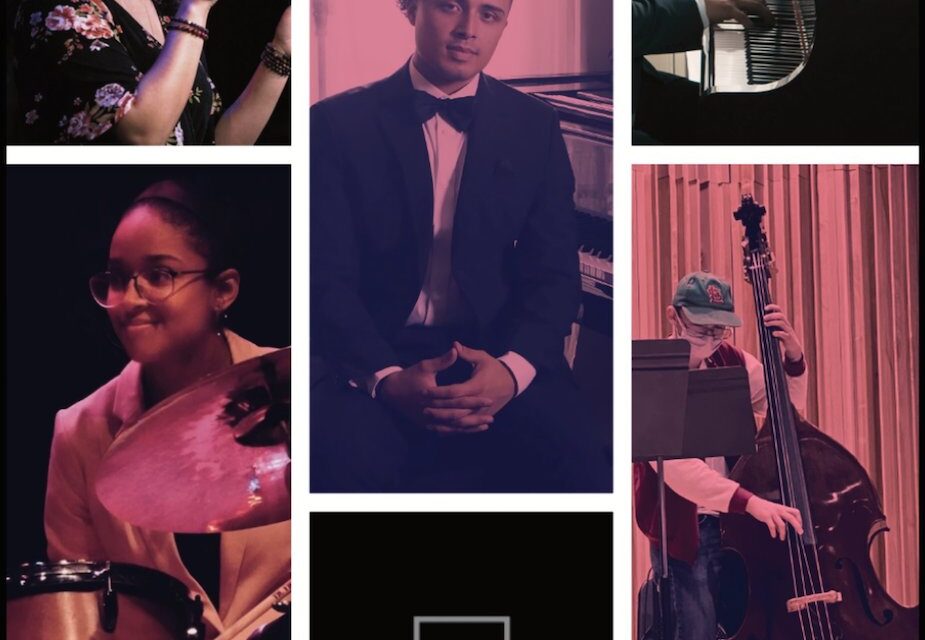 Through song and story, celebrated performer, Brian Alejandro makes you laugh out loud and shed a few tears about his escapades with celebrities, singers and lounge lizards during the Rat Pack era – and they’re all true! PangeaNYC.com (178 2nd Ave. NYC) on August 27 @ 7pm musical director, Darnell White.

Therese Lee returns to New York at Don’t Tell Mama on September 17 at 7PM with RIDING THE BUS TO THE RED CARPET  It is directed by Jeff Harnar and music directed by Doug Peck.  Ticket reservations can be made here: https://donttellmamanyc.com/shows/6834-therese-lee-riding-the-bus-to-the-red-carpet-9-17-22

Richard Kind and Jackie Hoffman will appear at The Triad Theater (158 W. 72 St. ) on September 19 @ 8 pm in a staged reading of Kip and Sylvia Tonight on D-Deck with book/lyrics by Tom Leopold and directed by Karen Carpenter, music director Michael Lavine.  www.triadnyc.com

Tony and Grammy Award-winning performer John Lloyd Young, along with Grammy Award-nominated Music Director Tommy Faragher, return to Café Carlyle (35 E. 76 St. NYC) with John Lloyd Young, Broadway’s Jersey Boy, April 19 – 23.  This new show is a celebration of classic hits from the ‘50s and ‘60s presented in the authentic acoustic style of original rock ‘n’ roll, Doo-Wop, and R&B standards. Along with tracks from Young’s critically acclaimed debut album “My Turn”, the show features “Sherry”, “Can’t Take My Eyes Off of You”, “Hold Me, Thrill Me, Kiss Me”, “In the Still of the Night” along with treasures from Roy Orbison to The Platters, the Righteous Brothers to Paul McCartney, Adele to Luther Vandross, Little Anthony, Elvis, Tom Jones and more. Reservations can be made through Tock.

INTAR  and Radio Drama Network announce that Joe’s Pub at the Public Theatre March 24 @ 9:30 pm(425 Lafayette Street, NYC),will present their musical, ¡Oso Fabuloso & The Bear Backs! The original rock musical tells the story of a queer Lantine bear named Oso Fabuloso who has recently been dumped by a two-timing Daddy bear. In order to overcome his depression, Oso seeks the help of his therapist Dr. Calvo, who convinces him to use his gift of song to sing the blues away. The book and lyrics are by C. Julian Jiménez with music by P.K. Variance. The cast includes C. Julian Jiménez as Oso, Joseph Distl as Grizz, Vasileos Leon as Gummy, and P.K. Variance as Dr. Calvo. Musical direction and guitar are by P.K. Variance with Robert Cowie on keyboards, Ray Rizzo on drums and Jesse Sklar on bass. Set and costume design is by Timmy Schues with sound and lighting design by Alberto Ruiz.  www.publictheatre.org.

By: Sandi Durell
March 17, 2021: Ah, what’s this news . . . could it be . . . something’s comin’, something big. Yes! The Green Room 42 – the funkiest night spot in town at the Hotel Yotel, has set an opening cabaret date of April 2 and 3 with fabulous Tony Award winning Lillias White, live!On April 8, young Joshua Turchin is set with special Broadway guests, for his Early Night Show. Following is Michael Longoria, star of Jersey Boys, scheduled on April 10.The ever popular Boy Band Brunch begins on Sunday April 4 at 2 pm and continuing Sundays.
Welcome back live the near naked singer/musician/actor duo The Skivvies (in their underwear) Lauren Molina and Nick Clearley on April 16. They’ve got special Broadway guests in their show.

Kenn Boisinger will turn Covid into lemonade right before your eyes on April 17 and Erika Henningsen (Broadway’s Mean Girls) enjoys being a ______? on April 24 and May 1.This is a rip-roaring beginning to getting back to what we used to call normal nights out at cabaret entertainment. Get your tickets now! All Covid rules will be in effect and, yes, there is a menu!Tickets: https://www.greenfignyc.com/#the-green-room-4210th Avenue and West 42Street in the Hotel Yotel

February 16, 2021: One of the theater’s most beloved actors will be a guest host on Turner Classic Movies. Jim Brochu, writer, director and playwright, has won numerous awards including a Drama Desk Award for outstanding solo performance in the Off-Broadway production of Zero Hour (which he wrote) about the life and career of Zero Mostel. He also co-wrote, with Steve Schalchlin, the musical The Big Voice: God or Merman.On Sunday February 28 at 8 pm Est, a long time dream will be coming true, as he introduces two films starring Zero Mostel, in celebration of the great actor’s 100th birthday. The first “Du Barry Was a Lady” and at 10 pm, “The Front.” Jim was asked to choose the films and did, the first showing a young Zero doing his night club act and the other to talk about the blacklist.Come join Jim Brochu and Ben Mankiewicz for an exciting evening on TCM. It’s on my calendar!

Today, November 10th marks the 50th Anniversary of Broadway’s Two by Two. To commemorate, a Virtual Anniversary Concert will premiere on Christmas Day, December 25 at 2 pm and stream thru December 28 starring Tony Award nominee Walter Willison and Tony Award winner Karen Ziemba. The concert will stream FREE on TheaterPizzazz.com where it can be viewed as a benefit for The Actors Fund. Contributions are strongly encouraged. Directed by Walter Willison, the cast includes Nikita Bursheteyn, Carlos Lopez, Marcy Degonge Manfredi, N’Kenge, Michael Notardonato, Sophia Tzougros. The event is produced by Sandi Durell and TheaterPizzazz.com With music by Richard Rodgers, lyrics by Martin Charnin and book by Peter Stone, the original cast starred Danny Kaye, Joan Copeland, Walter Willison, Marilyn Cooper, harry Goz, Michael Karm, Madeline Kahn and Tricia O’Neil. It was conceived and directed by Joe Layton and declared a hit of the season.

September 22, 2020: Different but still remarkable in its unrelenting quest to honor and preserve one of the finest art forms around, the 2020 Cabaret Convention will be a virtual wonder of talent. Beginning Mon. Oct. 19 thru Wed. Oct. 21, you can see the great talent streaming live from some of our most treasured New York City night spots: Don’t Tell Mama, The Green Room 42, West Bank Cafe, The Duplex, Pangea and more, all hosted by the Mabel Mercer Foundations’s Artistic Director KT Sullivan! The dates are FREE (register here) with the hope of your support and donations, all except for closing night Thurs. Oct. 22 when you can purchase a ticket HERE – REGISTER

It’s only the beginning of 2020 and we’re all tired of the political scene and rhetoric, craving more fulfilling ‘entertainment’ – like the music and talents in the cabarets and clubs that are the backbone of New York City.

Looks like you may be ready to put away some of that winter gear and think about bright spring colors soon. In any event, you’re sure to warm up at any of the venues below. A small sampling awaits you here!

Upcoming Awards include the Bistro Awards on March 9 at Gotham Comedy Club and the MAC Awards on March 30 at Sony Hall. Early notice about the Actors Temple Annual Spring Benefit on April 27 – “Jerry Herman’s Broadway” with Lee Roy Reams, Klea Blackhurst and James Followell on piano.

Special Event: On March 28 at 8 pm On Stage At Kingsborough, in Brooklyn NY, Tony and Grammy Award-winning film, stage, and concert artist John Lloyd Young, with Tommy Faragher on piano, will interpret spine-tingling, soul-bearing Broadway showstoppers, including hits from Jersey Boys, The Wiz, Chicago, Hair, and Dreamgirls, along with classics by legendary Broadway writers. https://tickets

Please check the club calendars below for complete listings and for schedule changes.