October 30, 2020: Like the People of Praise, a Christian community of which the newly appointed Supreme Court Justice Amy Coney Barrett has been a loyal member, the characters we meet in Jane Martin’s “Keely and Du” “yearn for the salvation of all members of the human family.” At least that is the mission stated on the People of Praise website. 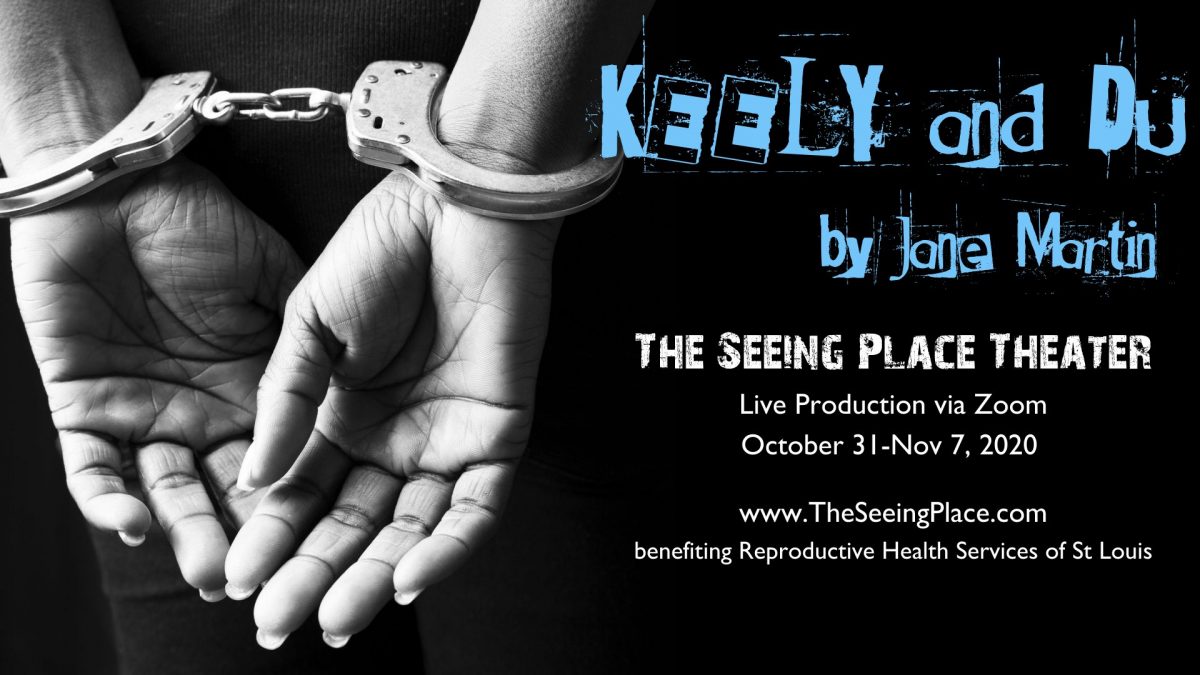 October 30, 2020: Like the People of Praise, a Christian community of which the newly appointed Supreme Court Justice Amy Coney Barrett has been a loyal member, the characters we meet in Jane Martin’s “Keely and Du” “yearn for the salvation of all members of the human family.” At least that is the mission stated on the People of Praise website.

That is to say, all of the characters except Keely who has been kidnapped by Walter, a fanatical minister – a patriarch of patriarchs on a mission to save the American family.

Frankly, reading Martin’s play is grueling, repulsive actually. So raw and unrelenting a diatribe about right wing Christian morality with its contempt for women’s rights and its disdain for individual freedom, it’s literally a shit storm of hysteria. And Keely, the kidnapped rape victim who is with child, is equally burdened with Martin’s diatribe. “Jesus, can you listen to yourself?” she asks Du, the woman nurse who has chained her to a bed in a dank basement to force her to hold a fetus to term. “All this crap about babies. You don’t care about this baby, you just want it to be your little…I don’t know…your little political something, right. God’s little visual aid you can hold up at abortion clinics instead of those pickled miscarriages you usually tote around…”

In a new reading to be performed live on Zoom on October 31st and November 1st, The Seeing Place Theater will render its interpretation of Martin’s 1994 Pulitzer Prize nominated drama addressing the pro-choice pro-abortion debate. Watching a recent rehearsal with anticipated dread, turned out to be quite to the contrary – astonishing, marvelous, engaging, truthful and downright comic at times. Like a sci fi mystery, The Seeing Place Theater’s production peers into a futuristic society likely to premiere November 3, 2020 – unless Trump is removed from office.

My praise for this production is biased by the fact that I was at one time a member of The Seeing Place troupe. Although the company does not demand loyalty from its alums, I have subsequently made small donations mostly in the form of ticket purchases. As for any other spoiler alerts in this article, they are simply intended to spark your interest.

That being said, I was awed by this picture of humanity in extremis, most especially by the performance of Erin Cronican, the co-director who portrays Keely. Diving into a range of emotions she rocks her character from a speech maker to a spunky, bold, fierce, vulnerable woman, determined to find her way out of her imprisonment. And not without ample sarcasm and some scathing wit.

As her antagonist, Du played with a feathery delicate and understated quality, Audrey Heffernan Meyer appears neither good nor evil. She simply exists by a moral compass that is entirely wrong-headed. Still, the two are able, to some limited extent, to reach one another. On Keely’s birthday, Du unchains her from her bed, allowing her to stand up. Sharing a six-pack of discount beer, Keely confides her dreams of watching Batman VII and going to traffic school. “I’ll think I’m in heaven.” She tells her jailer.

It’s difficult to withhold laughter from Keely’s complaints. Speaking of her husband she asks Du, “Do you think I care about rapists who have found Jesus?” And Cole (Robin Friend), her husband, played with the countenance of a woeful Republican Senator, begs her to embrace him as a reformed man and to raise the baby with him. So, he beseeches her, “Take my hand, come on. It’s five inches you know what I mean?” As expressed with such banal salesmanship, it comes across as the ludicrous irony of a very small man – all of 5 inches.

Naturally, the most pernicious character is Walter (Brandon Walker), a picayune pompous man whose great fear is getting caught breaking the law. Apparently, he evades those consequences. Along with Ms. Cronican, Walker is the show’s co-director and the co-founder of the company.

In fact, the intimacy and immediacy of this reading is nearly unfathomable to achieve on Zoom. It’s greatly facilitated by riveting sound effects that range from cajoling Christian instrumental songs to the echo chambers of a prison to a fetal heartbeat resembling discordant organ music.

“Keely and Du” is the third production in the company’s Ripple For Change Series, a program that celebrates non-profit organizations who are contributing to their communities in the area of social justice. This month’s honoree – who will receive 100% of the proceeds from this performance – is Reproductive Health Services of Planned Parenthood of the St Louis Region, a non-profit specializing in women’s reproductive health – specifically abortion services.