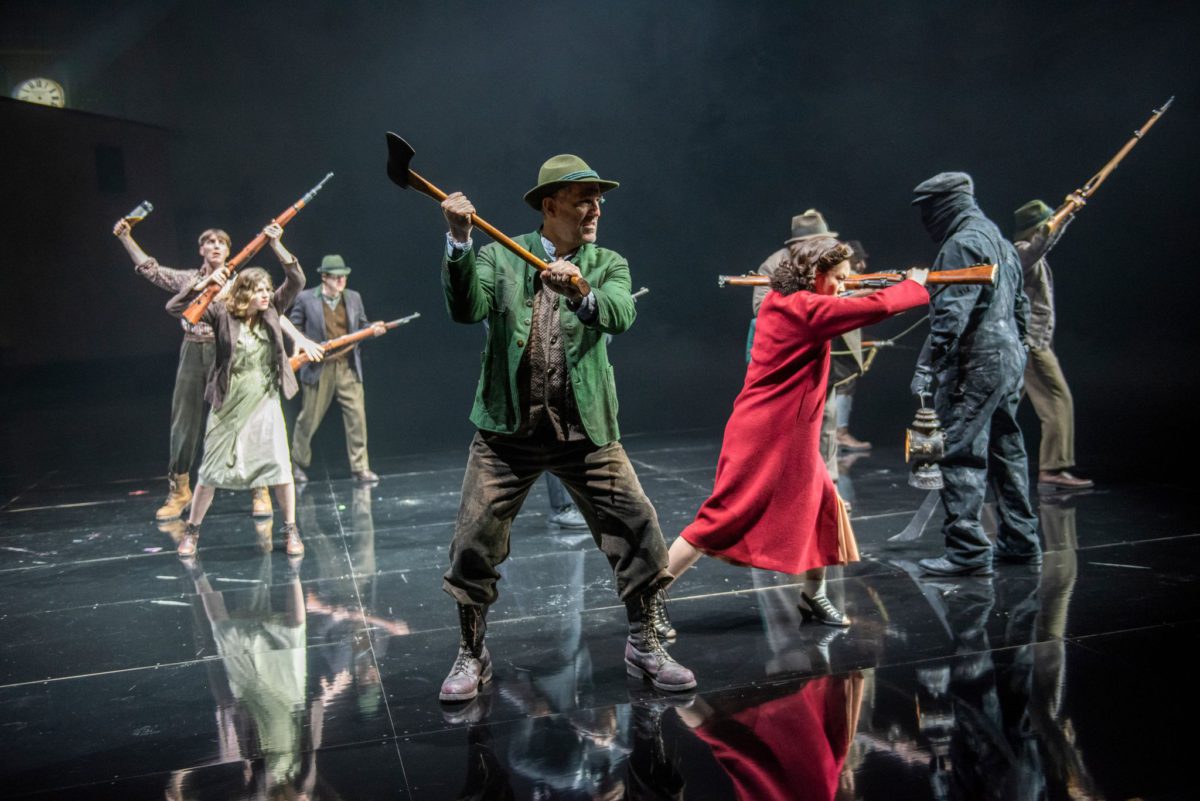 Horváth was only 37 when he died in 1938, just before leaving Paris for refuge in Switzerland. The freakish cause of his death was a tree branch falling on him during a storm. During his short life, his plays had gained acclaim but, because of his left-leaning beliefs, also experienced great controversy. His work—absent from the German stage for nearly 40 years—began to reemerge en masse in the late 60s, early 70s, when the Nazi past was beginning to be closely scrutinized.

Considered by some the second-most important 20th-century German-language playwright, after Brecht, his plays have since become German staples, although rarely seen in English, partly because their unique use of dialect makes translation difficult. Judgment Day (Der jüngste Tag), was his last play and emits a socio-political aura redolent of the Nazi era. It shares with his best-known writing a focus on the pettiness of the petty bourgeoisie in its depiction of small-town people who veer from position to position according to how the wind is blowing.

Judgment Day, set in 1933,is a tale of guilt, responsibility, truth, gossip, and mob psychology, taking place in an unnamed, Austro-Hungarian town. The punctilious, automaton-like (at first) stationmaster, Thomas Hudetz (Luke Kirby, Lenny Bruce on The Marvelous Mrs. Maisel), is married to the compulsively jealous, 13-years-older Frau Hudetz (Alyssa Bresnahan, Network). Frau Hudetz is sister to the pharmacist, Alfons (Henry Stram, Junk), the only citizen with any moral backbone, the direct opposite of the chinwagging Frau Liemgruber (Harriet Harris).

Momentarily distracted by Anna (Susannah Perkins), the flirtatious young daughter of the innkeeper (Tom McGowan, La Bête) of the Wild Man Inn, Thomas neglects to set the signal for a passing train, leading to a crash killing 18 people.

An investigation ensues. Thomas lies outright that he set the signal properly, but his shrewish wife says the opposite, leading the already critical townspeople to reject her. Anna, however, supports Thomas’s story. The play tracks the town’s shifting sympathies and animosities, and the tragedy that eventually befalls the leading characters as the locals fall in lockstep behind whatever rumor they’re currently led to believe.

As the play reminds us, everyone is responsible for what happens, since “everything is connected.”  In several ways, the play is reminiscent of Durrenmatt’s The Visit, also about a European town’s morally compromised citizens.

Any value the play has as a reflection of real-life concerns, past and present, however, is smothered under a production whose visual and aural gigantism seems uncomfortably at odds with the human dimension that would make us care about the characters and their condition. The effect is to make a theatrical mountain out of a dramatic molehill—or a foothill, at any rate.

Paul Steinberg’s massive set covers the huge expanse of the armory’s Wade Thompson Drill Hall. Sitting on a shiny black floor are towering, pale, plywood structures, with lofty fir-tree cutouts scattered around the space’s perimeter. Shifted slowly before our eyes into differing configurations, the structures establish locales for the train station and inn, or represent the enormous arch of a viaduct. One wall opens to reveal a two-story interior, Alfons’s pharmacy below, the apartment he shares with his sister upstairs.

Writing that appears on the walls, as on posters or banners, is in German. This serves, unfortunately, to heighten the clash between the play’s origins and the actors’ purely American speech. Antony McDonald’s well-executed and, in some cases, strikingly stylish, 1930s costumes are a plus, as is Mimi Jordan Sherin’s powerful lighting, which—symbolically—features large red and green signal lights at various junctures. Daniel Kluger’s music and (with Drew Levy) sound design can be overpowering, especially during the scene shifts and when trains are heard racing by.

Such visual and aural gigantism requires acting and movement to match, forcing the actors to abandon any pretensions to naturalism and pump up their voices and mannerisms to operatic proportions. (Composer Giselher Klebe also had an operatic vision of the play, even composing a 1980 opera version.) The performances thus are forced to sacrifice nuance for bigger-than-life behavior, with many key speeches shouted in emotional outbursts.

Jones creates multiple commanding images. He also has the characters running this way and that across the wide expanses during scenes of frenzied action, or moving in choreographic formations, to which Anjali Mehra’s movement direction has surely contributed. A funeral procession even includes having the company goosestep, alluding to the Nazi marching style. Fortunately, the cast is a talented one, managing to sustain our interest, if not our sympathy, for the play’s 90 minutes. Kirby, Stram, Perkins, Harris, and Bresnahan are particularly noteworthy.

No trip to the Park Avenue Armory is ever not worth the effort—the place itself is that magnificent—so even its problematic productions deserve a viewing. In the present instance, RichardJones’s staging impressed me more for its physical than its emotional values or socio-political themes. But why not see Judgment Day and judge for yourself?