March 21, 2021:  ACA Galleries, in collaboration with MB Abram, has been chosen to be the sole representative of rare works from the private collection of Master Photorealist John Baeder. The master works by John Baeder include oil and acrylic paintings, watercolors, prints, photographs and sculpture. Many are offered for the first time and will be the last available from his private collection. Due to macular degeneration and rapidly diminishing eyesight, the Artist is no longer able to paint. The online exhibition represents a unique opportunity to view and acquire original works of this American master. This is the first presentation of a three-part online exhibition in collaboration with ACA Galleries and MB Abram. 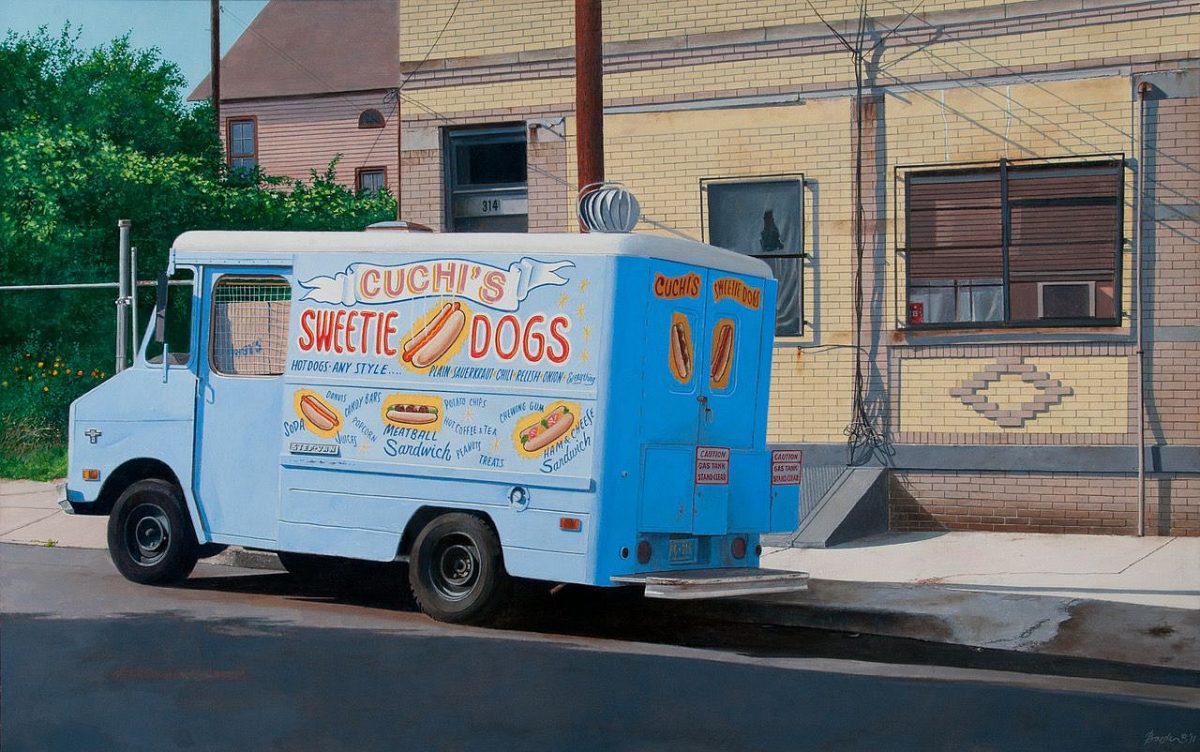 March 21, 2021:  ACA Galleries, in collaboration with MB Abram, has been chosen to be the sole representative of rare works from the private collection of Master Photorealist John Baeder. The master works by John Baeder include oil and acrylic paintings, watercolors, prints, photographs and sculpture. Many are offered for the first time and will be the last available from his private collection. Due to macular degeneration and rapidly diminishing eyesight, the Artist is no longer able to paint. The online exhibition represents a unique opportunity to view and acquire original works of this American master. This is the first presentation of a three-part online exhibition in collaboration with ACA Galleries and MB Abram.

ACA was established in 1932 at a time when there were few American galleries showing contemporary art, ACA has maintained a leadership role in showing important American and international artists in nearly 90 years since.

Recently ACA exhibited the work of Faith Ringgold at Frieze London. That exhibition like this current one was presented online due to Covid-19 restrictions. It is natural that Baeder’s work is in the company of other artists historically exhibited by ACA such as Faith Ringgold, Alice Neel, Charles White, and others. Baeder’s work also shares the passion of June Wayne and Jan Haag, with whom MB Abram has long been associated.

For the last three years Baeder has been struggling with failing eyesight due to advanced macular degeneration. He is now unable to paint. Works presented here, from his personal collection, are the last that will be available from the collection and represent a special opportunity for the serious collector. A number of these works are being made available for the first time.

Baeder was born in South Bend, Indiana on December 24, 1938. His family moved to Atlanta, GA when he was a year and a half. While quick to make friends in Atlanta, Baeder had interests quite different than his classmates, and often at odds with his practical parents. At age twelve, he became fascinated with collecting. But instead of the baseball and sports cards that intrigued some of his peers, Baeder was drawn to aircraft. He spent hours scouring magazines devoted to airplanes, absorbed in the mechanical and sculptural details of these flying machines.

Traveling by train as a young boy to visit his mother’s family in South Bend, Indiana, Baeder would stare out of the windows at the passing landscapes. Later he would remember these views as pictures, framed by the window’s edges. He loved the trains’ diner cars, a center of activity and hospitality, exotic to his child’s eyes. These memories, and others, would later be reflected in his works as an artist.

At a time and a place when his contemporaries were aspiring to more traditional careers, Baeder had recognized a different path for himself. By age fifteen, he was attending live drawing classes at the then small High Museum in Atlanta. At sixteen, Baeder expressed a desire to his parents to attend the Royal College of Art in London. This destination was outside the family means or understanding, but at seventeen Baeder found a local alternative: the art department at Auburn University which had acquired a reputation for its progressive approach.

Traveling between Georgia and Alabama had a profound effect on Baeder. There was no interstate at the time, and driving along Highway 29 and the rural backroads, Baeder was exposed to roadside culture, which he saw as embodying something uniquely American, and for which he developed a lifelong passion.

Returning at age twenty-one to Atlanta after four intense years honing his artistic talents at Auburn, Baeder was hired as an art director on the first showing of his portfolio by The Marschalk Company, parent company of advertising powerhouse McCann-Erickson. He worked on large campaigns, including Fanta, Sprite, and Tab, these brands of Atlanta based Coca-Cola Company and Baeder’s talents in the Atlanta advertising market were quickly recognized. He was soon offered a transfer to the New York offices of The Marschalk Company. There he became a superstar art director, this at a time when the industry was at the apex of the fast-paced life, depicted in such popular television series as Mad Men.  Despite his success an art director, Baeder’s heart was elsewhere, in a personal artistry.

Baeder’s travels on Route 29 between Auburn and Atlanta had caused Baeder to view the landscape and its gas stations, motels, and eateries in a new way, sensing they were imbued with an anima reflecting the people and ethos of America. He was haunted by the quickly changing, and soon disappearing roadside views.

Working from a small walk up studio on New York’s Third Avenue, Baeder pursued his passion for painting late into the nights, even while continuing to excel at his day job. Always the collector, he began studying vintage postcards of roadside attractions, these augmenting photographs he had himself taken. He frequented postcard dealers, and amassed a large collection of views. The work of itinerant photographers, the postcards were tourist souvenirs. But for Baeder they had a directness, lack of pretension, and unintended artistry.

In 1972, John Kacere an artist friend of Baeder’s told gallerist Ivan Karp, owner of the OK Harris Gallery about an artist who had created four large “postcard paintings”.  Karp, who had been co-director at Leo Castelli Gallery, and had discovered and promoted Andy Warhol, Roy Lichtenstein, Robert Rauschenberg, Tom Wesselman, John Chamberlain and others, was curious. He had gone out on his own in 1969, establishing OK Harris Gallery, the second gallery in NY’s Soho district. (It remained influential until Karp’s death in 2012 and the gallery’s subsequent closing in 2014).

Karp had reviewed the works of thousands of aspiring artists, and was looking for what he called “works of cultural consequence” that possessed “visual power”.  (Jay Williams)

On February 13, 1972 Karp visited Baeder’s studio. Karp was immediately taken by the four canvases depicting post card scenes of a diner, a gas station, a motel, and a tourist camp, and proposed on the spot a September solo show to open the important fall season. This was an unheard-of-offer by Karp for an artist whose work he was viewing for the first time.

Encouraged by Karp’s invitation, and fueled by his artistic passion, Baeder quit his lucrative position at McCann- Erickson, at the time New York’s largest advertising agency, and devoted himself full time to painting. This decision was not without personal consequence, it causing the breakup of his marriage, his then wife unsettled by the financial risks and sacrifices inherent in the pursuit of a full-time career in the arts.

Ivan Karp was the first New York dealer to show the work of photorealists, sometimes described as a natural outgrowth of Pop Art.

Baeder accepts “Photorealism” as a convenient description of his work. Indeed, one of his works “John’s Diner with John’s Chevelle” has been widely used to represent the entire first- and second-generation schools of photorealist artists.

But the description of Baeder as a photorealist only superficially encompasses the breadth of the artist and his accomplishment.

To view the exhibition.