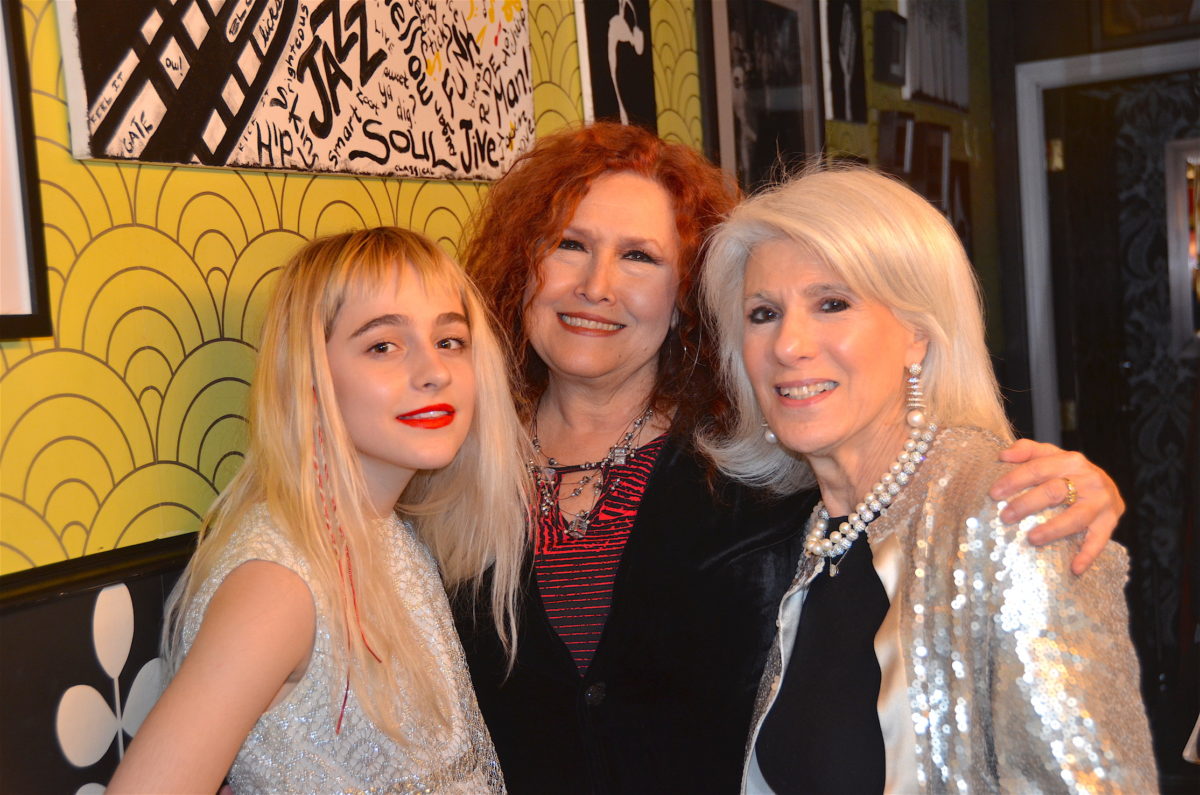 Her cabaret series, Jamie deRoy & friends, has been a New York staple for 27 years winning multiple awards to go with Jamie’s three Tony Awards.  Proceeds from her Holiday Concert benefits The Actors Fund: Jamie deRoy & friends Cabaret Initiative, which assists those in the cabaret industry who have medical needs and concerns.

Jamie welcomed acclaimed Broadway performers for a joyful show setting mood for the season. After Jamie opened with a witty little ditty, “My Least Favorite Things,” featuring parody lyrics by Barry Kleinbort to the Rodgers/Hammerstein classic, she brought out 16-year-old stage and screen star Sophia Anne Caruso, who was in Lazarus last season at NYTW before reprising her role in the London Production. She sang a sassy ‘Santa Baby” and was followed by Stephen Carlile, the British Actor making his Broadway debut as Scar in the long running hit The Lion King.  He performed a haunting “On the Street Where You Live,” from Lerner & Loewe’s classic My Fair Lady, which is being revived this season at Lincoln Center, 25 years after the original ran over 2,700 performances winning 6 Tony Awards including Best Musical.

The prolific comic and always spot on scathingly funny Judy Gold followed with a dire acknowledging, “There are a lot of Republicans in the room tonight.”  Sally Ann Triplett, the London star who was in Sting’s The Last Ship and the original production of Carrie on Broadway sang “I’m Not Asking for the Moon from Sting’s musical, and a rousing “Anything Goes,” which she starred as Reno in Trevor Nunn’s London production. Multi Mac Award winner, Sidney Myer, was next with an amusing “Bagel Maker to the CZAR.”

The highlight of the evening was Jamie’s very special guest, Grammy winning musical legend Melissa Manchester, who flew in just to share her joy with Jamie and friends. She sang songs from her only Holiday album aptly named, “Joy” which she recorded July 1997 in Nashville.

Jamie closed out the celebration on a high note with her very funny signature song “Jews Don’t Camp.” Composer, book writer and lyricist Barry Kleinbort directed the evening with musical direction is by award-winning arranger, orchestrator and conductor Ron Abel. Tom Hubbard was on the bass.