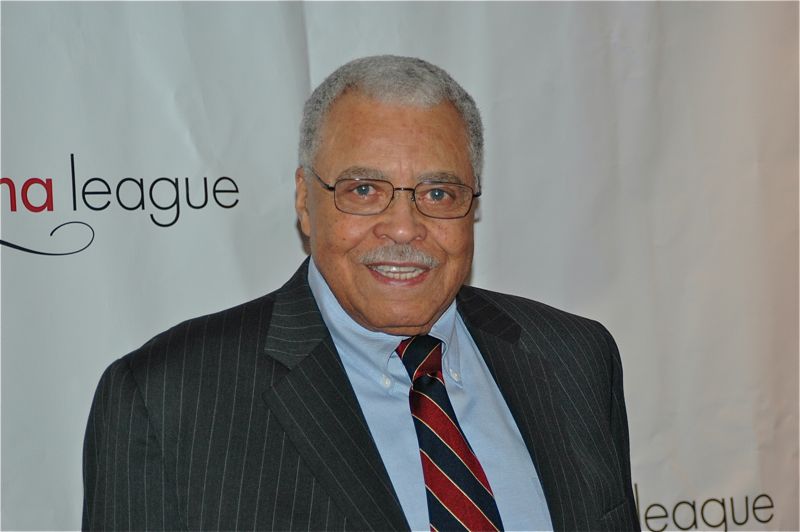 “In 1975 when I came to NY to study acting, my father – the actor Robert Earl Jones – took me on a ‘Grand Tour.’ The first night was to the opera Tosca starring Leontyne Price. I loved the singing, but I didn’t understand the format of opera. The second night was Swan Lake starring Margot Fontaine. The movement of the bodies just seemed like magic. The third night was Pal Joey. I was captivated by the warmth of the light on stage. I was not inspired to sing and dance, but I knew I wanted to be in the warmth of the stage light. The fourth night was Arthur Miller’s The Crucible. By contrast, it created a cold world, coldness between human beings, but the ideas that Arthur Miller was able to evoke onstage were blazing hot. I knew I wanted to be a part of this and to explore the stage,” Jones said.

“James Earl Jones has given us a lifetime of unforgettable performances on the stage, and his voice resonates through generations. His legacy is unmatched and his work has had an impact not only on Broadway but across the entire galaxy!” Heather Hitchens, President of the American Theatre Wing, and Charlotte St. Martin, President of The Broadway League, said.

In 1957 James Earl Jones made his Broadway debut. Since that time he has performed on stage, television, and in films and continues to receive accolades from every corner of the entertainment industry. In addition to having won two Tony Awards for his work on Broadway in The Great White Hope and Fences, Jones has garnered much praise for more recent stage roles including those he performed in the Broadway productions of On Golden Pond, Cat on a Hot Tin Roof, Driving Miss Daisy, The Best Man, You Can’t Take It With You and The Gin Game.

Among his numerous and distinguished awards, Jones has received the National Medal of Arts, The John F. Kennedy Center Honor and most recently in 2011, The Board of Governors of the Academy of Motion Picture Arts and Sciences presented him with an honorary Oscar.

James Earl Jones’ voice is known by people of all ages and walks of life, from Star Wars fans who have long recognized him as the voice of Darth Vader, to children for whom he is Mufasa from Disney’s The Lion King.

The American Theatre Wing’s 71st Annual Tony Awards, hosted by Tony and Academy Award-winning actor Kevin Spacey, will air live from Radio City Music Hall on the CBS Television Network on Sunday, June 11, 2017 (8:00-11:00 PM, ET/delayed PT). The Tony Awards, which honors theatre professionals for distinguished achievement on Broadway, has been broadcast on CBS since 1978. The Tony Awards are presented by The Broadway League and the American Theatre Wing.

For more information on the Tony Awards, visit TonyAwards.com and Facebook.com/TheTonyAwards and follow @TheTonyAwards on Instagram, Twitter and Snapchat. Join the conversation using the hashtags #TonyAwards2017 and #TheatreInspires.