March 24, 2022: First, multi-hyphenate talent Harvey Fierstein is not just a good writer, but a talented storyteller. You may be familiar with his plays, screenplays, and books for musicals, but authoring one’s own recollections is a very different challenge. Fierstein’s are vivid, candid, coherent, and perceptive. Theater aficionados will not only satisfy curiosity about his personal history, but enjoy a savvy look backstage and in dressing rooms high and low. Second, the actor/writer/activist is, as you might suspect, eminently likeable. 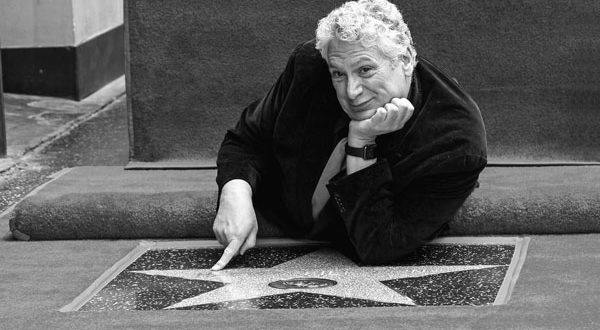 March 24, 2022: First, multi-hyphenate talent Harvey Fierstein is not just a good writer, but a talented storyteller. You may be familiar with his plays, screenplays, and books for musicals, but authoring one’s own recollections is a very different challenge. Fierstein’s are vivid, candid, coherent, and perceptive. Theater aficionados will not only satisfy curiosity about his personal history, but enjoy a savvy look backstage and in dressing rooms high and low. Second, the actor/writer/activist is, as you might suspect, eminently likeable.

At a Bensonhurst elementary school, Harvey Fierstein found himself looking in the mirror thinking, “Are you a girl?” He’d been cast in Sleeping Beauty “…because I was generally perceived as having the most theatrical flair. In 1959, they called it flair.” The boy twirled. His utterly unique voice is the result of an overdeveloped vestibular fold in his vocal cords. (Prior to puberty, he was a soprano in a boy’s choir!) “The norm, I began to realize, meant nothing but the majority. The majority looks down on minorities.”

Left: Irene Stein took this shot of me in the East Village Right: Flo Tosca (me) makes a deal with vice detective Scarpia (Norman Jacob) in this scene from Flatbush Tosca.

Stage aspiration was realized early on, off off off Broadway. “Theater is what you do when you don’t have a job or have such a great job you can afford to take time off,” his mother admonished the Pratt student. A small role in Andy Warhol’s Xircus at La Mama opened doors to an accepting community. (Harvey admired Warhol for his fashion illustration.) Acting in experimental productions, the young man learned to apply make-up and experience drag. La Mama’s grande doyenne Ellen Stewart kept an eye on him. “A career in the underground theater guaranteed I’d stay penniless.”

Fierstein began to write for himself. It wasn’t long between Blanche Does Boys to Torch Song Trilogy – featuring a young Michael Broderick.(Best Play and Best Actor in a Play Tony Awards when it moved to Broadway) Carol Channing called this “a gay Raisin in the Sun”; its author felt like “the gay playwright du jour.” I saw the immensely funny and wrenching play in its first incarnation. It was, in fact, a game changer.

Left: Torch Song reaches Broadway Right: Court Miller and me celebrating in the wings after our first Broadway curtain call.

The author talks about the AIDS epidemic, how La Cage aux Folles (Tony Award Best Book for a Musical) came together and unsuccessfully trying to get the leads cast with gay men. Harvey was always “out.” He blanched at magazine covers decrying Ellen (DeGeneres) Denies Being a Lesbian and Elton John Threatens to Sue Over Gay Claim. “I used to tell reporters that if they saw me with a celebrity, it was proof that person was straight. No closeted gay actors wanted to be seen with me. Even Rock Hudson…” Who he is runs through Fierstein’s book like vertebrae but never threatens to take over. It affects. A student of humanity, he was as able to manifest Tevye in Fidder on the Roof as authentically as Edna Turnblad in Hairspray.

Though Peter Allen’s Legs Diamond bit the dust, A Catered Affair (which he wrote and appeared in) garnered the Drama League Award for Distinguished Production of a Musical. Fierstein traveled with an original one man cabaret show and appeared in films including Mrs. Doubtfire during which he bonded with Robin Williams. “A tiny voice from deep within (him) called out in pain, and I was never sure he knew that I heard it.”  (He’s acted in 29 films and considerable television.) Observations about friends and peers are tender, wry, and/or astute, eschewing moral judgment.

Seen here for their last time together, Sheldon Harnick, Joseph Stein, Jerry Bock- the creators of Fiddler on the Roof. I bowed to their genius.

Becoming sober in 1996 after decades of self-abuse is honestly described, though we don’t read about bad behavior that preceded. “It is suggested that you make no major life changes during your first year of sobriety…Emotionally raw, your first instinct is to clean up the mess you made while using. Truthfully you’re barely in shape to do the dishes…” Fierstein took a step back and got into quilt-making. The author writes discreetly about relationships and later his heart surgery, another wake-up call.

Next came the book for Newsies (from the Disney film), then his marvelous turn as Edna Turnblad in Hairspray. (Best Performance by a Leading Actor in a Musical Tony Award) “I knew what it was like to be overweight and what it was like to be ruled by fear…still, I dragged my ass to the mall and trailed large women to see how they moved…” Then Kinky Boots – it was Fierstein who suggested Cyndi Lauper for music and lyrics. He enjoyed the collaboration. Casa Valentina was based on the true story of 1960’s Casa Susanna, a Catskill resort that catered to men who liked to crossdress. Here was a play that explored alternative desires of straight men, not gay. Like Kinky Boots, protagonists attempted to make peace with who they grew up to be.

Left: Working with Cyndi was a blast in so many ways. Right: It broke my heart to leave my Hairspray family.

“The play simply wants each of us to ask, who am I? and then have the courage to live up to the truth…When I was a kid, I believed there were straight people and gay people, period…As experience opened the world to me, I realized my views were baby steps from those bigots who held there were straight people and sick people.” Acting in Martin Sherman’s lovely Gently Down the Stream which depicts the vicissitudes of a relationship between an older and younger gay man in the 21stcentury, Fierstein once again manifests the authentic.

Undergoing childhood condemnation at home isn’t addressed until Chapter 57 when Fierstein tracks back to a revival of Torch Song Trilogy. In the play, Ma tells her son, “What do you think? You think you walk into a room and say, ‘Hi, Dad, I’m queer,’ and that’s that? Believe me, if I had known, I wouldn’t have bothered.” “That really happened, didn’t it?” his brother whispered to him in the audience. After decades of denying the character was based on his own mother, he admitted the truth. We read the real incident.

The prolific writer/performer last appeared in his insightful one man show Bella Bella about the groundbreaking congresswoman Bella Abzug. Seemingly indefatigable, certainly in demand, he undoubtedly has a dozen projects on various burners. This one, at least, is complete.

All quotes are Harvey Fierstein from the book.

All photos courtesy of the publisher. Captions by Harvey Fierstein.

Opening: From Bensonhurst to Hollywood. What a ride!

Originally Posted on Women Around Town on March 24, 2022 by Alix Cohen