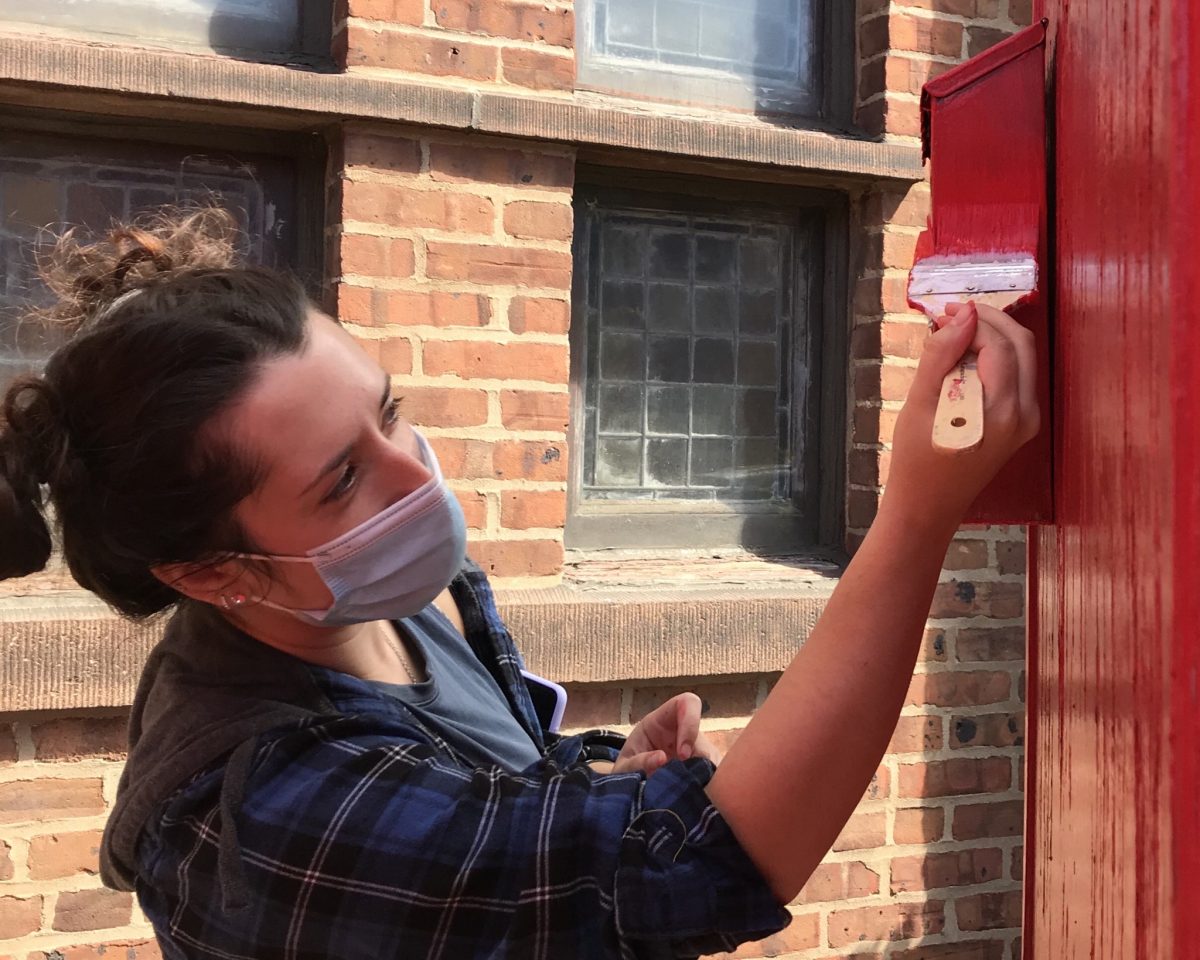 In 1922, the murdered and mutilated bodies of Rev. Edward Hall, the church rector, and Eleanor Mills, a choir singer and the wife of James E. Mills, were found in a field near a farm in Somerset, NJ. The bodies appeared to have been positioned side by side. The reverend’s calling card were placed at his feet, and torn-up love letters were placed between the bodies The two lovers seemed to have been murdered in a crime of passion.

The prime suspects were, not surprisingly, Hall’s wife, Frances Noel Stevens, her two brothers and a cousin. However, the evidence against them was weak, and the defense was able to portray the prosecution’s key witness, a pig farmer named Jane Gibson, who had discovered the bodies on her property, as uneducated and “crazy.” Gibson’s credibility was not helped by the varied accounts she told. The 30-day trial ended in acquittals. The murderer was never brought to justice.

However, because of the social status of the families involved, the crime and subsequent trial attracted large numbers of curiosity-seekers, who trampled the crime scene searching for souvenirs; and journalists, who dedicated more space to the Hall-Mills case than any previous trial in American history.

After Meyer and Alvarado learned about the murders and the congregation learned about their professional background, the couple was commissioned to write a play that might explore and perhaps discover some answers to the mystery.

According to Meyer, in 1922, “the police force was designed to police impoverished people… not to do serious investigations among wealthy people… and went about prosecuting poor people who had nothing to do with the case.” What’s more, the church vestry at the time was made up entirely of men, who did not want to talk about the murder. But that has changed now. And Meyer and Alvarado found the congregation “eager to talk about it.”

In the fall of 2019, the site-specific Thou Shalt Not premiered at The Church of St. John the Evangelist. It was scheduled to open in New York City at The Center at West Park in May 2020. But as the saying goes, man proposes, God disposes. And so, Meyer and Alvarado modified their plans and collaborated with producer Butch Mermaid to create a highly innovative theatrical event.

Ghost Hunt: The Hall-Mills Double Homicide is an asynchronous multi-city theatrical adventure that invites participants to experience the story of the tragic double homicide at the sites where the murders occurred. Once logged into the GeoCaching application, participants discover the “caches” or “locations” containing relics related to the investigation and receive a QR code that allows them to visit significant sites related to the case: the haunted home of Eleanor Mills. Edward Hall’s mansion, the courthouse. Green-Wood Cemetery, where the Hall family is buried, and much more. Although the tangible experience is only available in these locations, the audio material is available on the website, https://www.thinkeryandverse.org/.

The Hall-Mills murder has inspired several novels, including The Crime, by Stephen Longstreet and The Bellamy Trial by Frances Noyes Hart. The silent film, The Goose Woman (1925), was influenced by the trial and was remade as The Past of Mary Homes in 1933. William Kunstler, in his 1964 book, The Minister and the Choir Singer (re-released with added editorial material in 1980 as The Hall-Mills Murders) speculated that the Ku Klux Klan was responsible for the crime. And Gerald Tomlinson, in Fatal Tryst: Who Killed the Minister and the Choir Singer? concludes that the Stevens siblings were the murderers.

Ghost Hunt proves that, although the victims may be dead and buried, the mystery lives on.