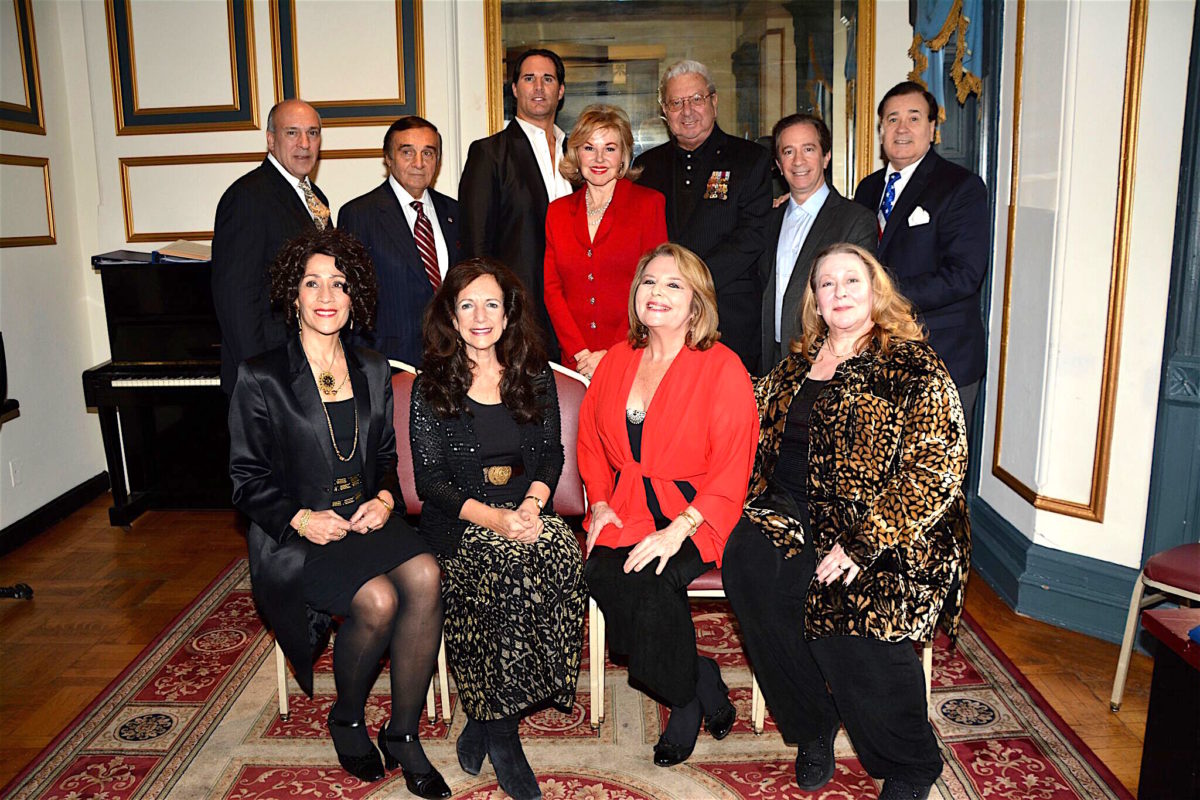 “Galaxy of Stars”  donated 100% of its proceeds to the Vetwell Project of Operation Warrior Shield, whose primary mission is to provide support programs for veterans and first responders focusing on “healing the hidden wounds of war.”  For tickets call 212-279-4200 or visit www.triadnyc.com

“Galaxy of Stars” also features the popular girls trio The Janes, and the internationally acclaimed operatic tenor James Valenti, as well as Levine-Miller. Music direction is by Michael Lavine.

The Janes have appeared in concert with Barry Manilow, opened for Jackie Mason and toured the world with the USO.  Valenti is the winner of the Richard Tucker Award and the Maria Callas Debut Artist Award.

The Tony-nominated and Obie Award-winning Tony Lo Bianco is well known for his big-hearted support of veterans causes.  He will introduce his video tribute to veterans, “Just A Common Soldier,” which has garnered 21-million likes.  Beloved Broadway song and dance man, the Tony nominee Lee Roy Reams, counts these landmark Broadway productions among his voluminous credits: “42nd Street” (Tony nomination); “The Producers;” and “Hello Dolly!”  The acclaimed vocalist Steven Maglio, known internationally for his masterful evocations of Frank Sinatra, continues his weekly, long-running engagement at The Carnegie Club backed by an 11-piece orchestra.

Hostess-with-the-Mostest Randie Levine-Miller has produced and hosted over 100 entertainment events, mostly for charity, including The Actors Fund, the Actors Temple, National Multiple Sclerosis Society and prostate cancer research.  Her “Showstopper Divas and Divos” concerts have been presented at Feinstein’s, the Metropolitan Room, The Triad and, for many years, at the Friars Club.  Randie hosts and co-produces the annual “Tomatoes Got Talent” talent contest for women-over-40, with Cheryl Benton, the founder and publisher of the popular women’s newsletter and website, www.thethreetomatoes.com

Anne Akers is a veterans’ advocate whose board service includes not-for-profits engaged in confidence-building skills for female veterans, and employment services.  Most recently, she has spearheaded a program of “community-based holistic wellness” for veterans, in partnership with Tournesol Wellness and Operation Warrior Shield.

Operation Warrior Shield, is a 501c-3, whose primary mission is to provide comprehensive support programs for service members, veterans and first responders, with a focus on “healing the hidden wounds of war” through holistic wellness services, and connecting veterans to community resources to address the problems of homelessness and unemployment.  For more information, visit www.operationwarriorshield.com, www.tournesolwellness.com.

Beginning in 1938, the US Congress declared Veterans Day a national holiday to commemorate the end of World War I, and to honor our veterans for their patriotism, love of country, and their willingness to pay the ultimate sacrifice so that we can enjoy the freedoms we treasure most.