April 28, 2022: A remarkable development during the 1970s was the dynamic, sudden, and historically significant breakout of activity among black dramatists, mostly in nonprofit theatres. However, a then record-breaking nine works also made it to the Great White Way. Two—The River Niger and Home—managed decent runs, and one, Ntzoke Shange’s for colored girls who have considered suicide/when the rainbow is enuf, achieved 742 performances, before eventually being adapted for TV and film. 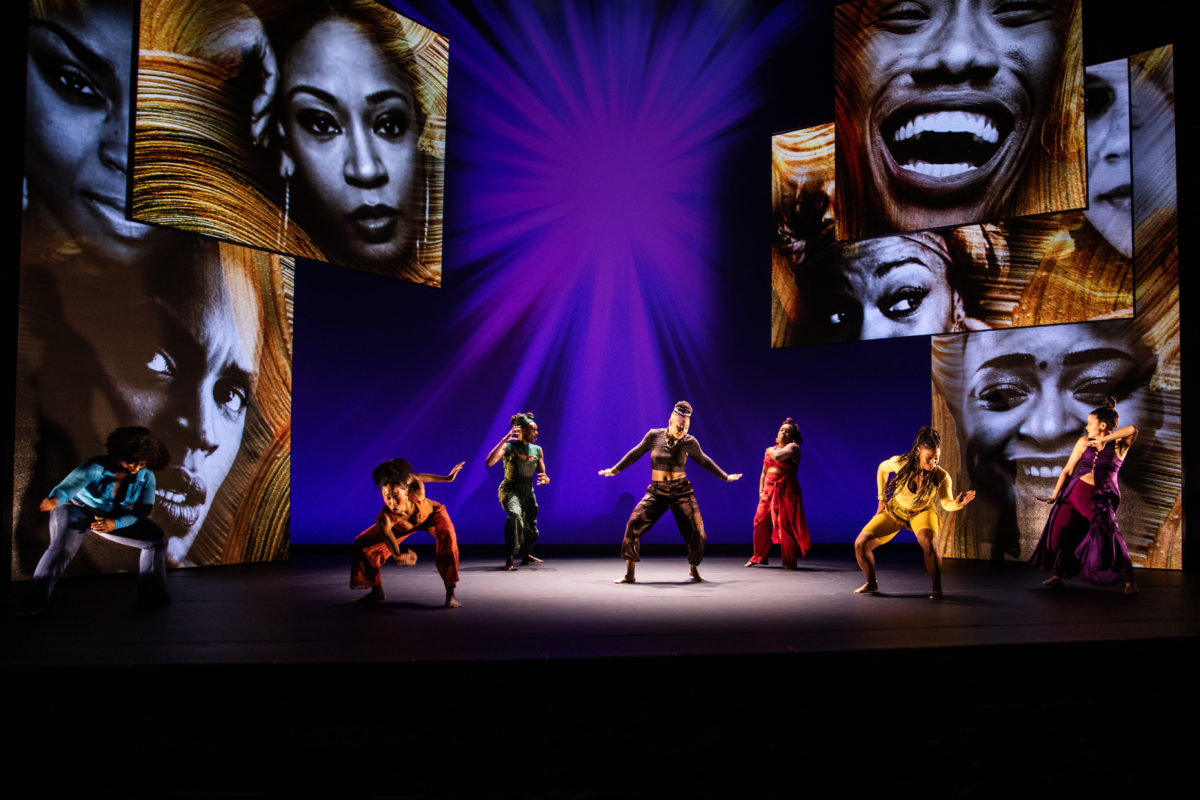 April 28, 2022: A remarkable development during the 1970s was the dynamic, sudden, and historically significant breakout of activity among black dramatists, mostly in nonprofit theatres. However, a then record-breaking nine works also made it to the Great White Way. Two—The River Niger and Home—managed decent runs, and one, Ntzoke Shange’s for colored girls who have considered suicide/when the rainbow is enuf, achieved 742 performances, before eventually being adapted for TV and film.

Although the play was frequently revived elsewhere, New York had to wait until 2019, a year after Ms. Shange’s death at 70, for a major revival. That’s when it was beautifully staged Off Broadway at the Public Theater, where it enjoyed 120 showings. It premiered there in 1976 (following its Off-off origins) before moving to Broadway’s Booth Theatre. The work’s success was surprising because it was not a conventional “play” but rather what its author called a “choreopoem,” that is, a series of poetic prose and verse monologues, some of it profane, with occasional choral passages, spoken and danced on a practically bare stage by a group of seven Black actresses clad in simple dance costumes, each denoted by a specific color.

The feminist/civil rights-oriented material deals with a variety of socio-emotional issues affecting women of African-American ethnicity. Although only a portion concerns abused women, that theme was what many considered its most indelible contribution. Shange herself—the original Lady in Orange—had married at 19, was divorced, and attempted suicide four times.

for colored girls . . . blends direct-address storytelling with music and dance, the language being an explosive mixture of familiar and idiosyncratic colloquial syntax, sometimes elusively elliptical but providing a sea of verbal melodies in which good actresses can swim.

Now, only two and a half years after the Public production, the work is back at its original Broadway home, the Booth, with a not entirely new crew of sensationally gifted performers in a thoroughly new production excitingly directed and choreographed by Camille A. Brown. As she did for the 2019 staging (which was directed by Leah C. Gardiner), Ms. Brown provides marvelously sinuous, muscularly dynamic movement for her impressively versatile ensemble of actress-dancers.

Martha Redbone, who scored the 2019 production, is also back, with original music by her and Aaron Whitby. Other returnees include the hearing-impaired Alexandria Wailes, once more as the Lady in Purple. However, at the show I saw, she was replaced by her excellent understudy, Treshelle Edmond, using movements that weave mesmerizing ASL together with Ms. Brown’s creative dance ideas. Unlike 2019, when, I believe, someone else voiced Ms. Wailes’s words, Ms. Edmond says most of them herself. I’m not sure if Ms. Wailes does so as well. D. Woods, who understudied the Woman in Yellow when I saw the show in 2019, now is featured in that role, magnificently.

Shange’s choreopoem is a sui generis achievement that satisfies more as a theatrical experience than as dramatic literature. Its characters—barefoot and colored both by their many skin hues and Sarafina Bush’s vivid blue, brown, orange, red, yellow, green, and purple costumes—are more the expression of feelings and experiences than actual people. With a few exceptions, their stories are outlines rather than substantial mini-dramas. Nevertheless, these women grip you with their passion, their insights, and their charismatic presences, wringing every drop of meaning and emotion from sentences whose words are as theatrically revelatory as the keys of a piano.

Also back is Myung Hee Chō, the 2019 set designer, who turned the Public’s Martinson Hall into a disco-like, theatre-in-the-round space for an audience of around 60, with mirrored walls on stage and in the audience, and a disco ball overhead. She’s reconceived the décor for the Booth’s proscenium stage, providing little more than hanging screens of varying sizes for the multihued lighting of Jiyoun Chang, another returnee, and the beautiful, abstract projections of Aaron Rhyne.

Shange is preoccupied with issues of women’s empowerment and sisterhood, with situations ranging from benign to bloody, including rape, abortion, and violence. Some are barely race-related, others sharply so. The original sequence has been reorganized somewhat for the work’s intermissionless 90-minutes. Structured much like a certain type of musical revue, the play alternates its poems and monologues, some lyrically ambiguous but, as performed, emotionally rich, some linear and dramatic. A few are shared, even choral, while others are solo. Music accompanies many, as does dance, while others are more straightforward, without music; powerfully dynamic movements and gestures are always present.

The most noteworthy narratives include “toussaint,” in which the Lady in Brown (Tendayi Kuumba) represents a book-obsessed eight-year-old becoming enamored of Haitian leader Toussaint L’Ouverture before transferring her affections to a boy also named Toussaint. Another memorable monologue is “graduation nite,” presented by the Lady in Yellow, telling of the wild night of her high school graduation, when she lost her virginity in the back seat of a Buick.

Neither of these tales is particularly about women in crisis. The most potent of such pieces remains “a nite with beau willie brown,” brilliantly performed by the Lady in Red (a substantially pregnant but energetically committed Kenita R. Miller). It is the piece’s single most dramatic and unforgettable episode, describing as it does the eponymous abusive lover who commits an unspeakable act when trying to persuade the lady to marry him.

(Note: parts of the above were adapted from my 2019 review for Theater Pizzazz.)