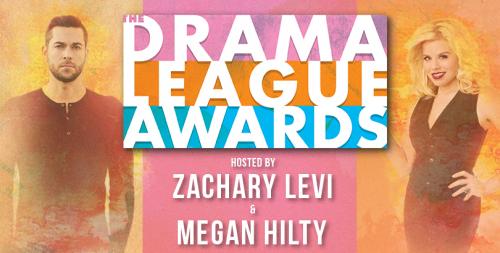 The nominations were announced this morning at a ceremony hosted by Tony® Award winner James Monroe Iglehart and his Aladdin castmates Adam Jacobs and Courtney Reed at Sardi’s Restaurant, which were streamed live online at www.BroadwayWorld.com.  The Nominee Announcement was hosted by National Life Group, a longstanding Drama League partner and supporter of the arts. Since 1848, National Life has lived its corporate values of do good, be good, and make good by offering financial solutions to those it serves.

And The Nominees Are:

The nominations announcement begins the month of celebrations leading up to the 82nd Annual Drama League Awards, which will be held at the Marriott Marquis Times Square (1535 Broadway) on Friday, May 20, 2016.  Tickets for The Drama League Awards, which includes pre-event cocktails and the star-studded afternoon luncheon ceremony, are available by calling (212) 244-9494 or by visiting dramaleague.org/events.

For more information about the Drama League Awards, please call (212) 244-9494 or by visiting www.dramaleague.org.

NOTE: At their request, the productions of Shuffle Along and Cirque du Soleil: Paramour will be considered eligible in the 2016-2017 season.

By Jane Austen, adapted for the stage by Kate Hamill

A View from the Bridge

Music and Lyrics by Duncan Sheik

Music and Lyrics by Benj Pasek and Justin Paul

Music by César Alvarez with The Lisps

Lyrics and Book by César Alvarez

School of Rock, The Musical

Music and Lyrics by Sara Bareilles

Book and Lyrics by George Haimsohn and Robin Miller

Book and Lyrics by Steven Sater

One winner is selected from this category.  The recipient can only receive this award once during his or her career.

Laura Benanti, She Loves Me

Danny Burstein, Fiddler on the Roof

Jackie Hoffman, Once Upon a Mattress

Zachary Levi, She Loves Me

Mark Strong, A View from the Bridge

Ana Villafañe, On Your Feet!

Nicola Walker, A View from the Bridge

The Drama League also wishes to acknowledge the previous recipients of the Distinguished Performance Award who appeared in New York productions this season.  As the Award can only be won once in a performer’s lifetime, they are ineligible this season.  Their exemplary work, however, is recognized and applauded.

Unique Contribution to the Theatre

Founders Award for Excellence in Directing