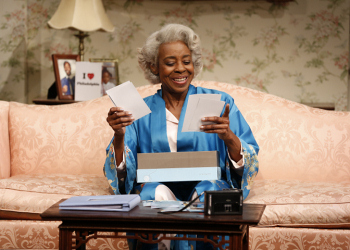 Stroman is taking on a rare non-musical venture, actor-playwright Coleman Domingo’s family dramedy Dot at the Vineyard Theatre, while Nunn tackles Shakespeare’s muddled and infrequently performed Pericles for Theatre for a New Audience. Both shows have their moments of flash and invention, but are ultimately disappointing.

Dot is part of Coleman’s semi-autobiographical trilogy of plays—the others are A Boy and His Soul and Wild With Happy—depicting the same West Philadelphia neighborhood. The play follows the familiar pattern of a dysfunctional family gathering during the holidays and serving long suppressed resentments and secrets along with the turkey and stuffing. Dot has the misfortune to open close to the Broadway transfer of Stephen Karam’s The Humans which handles the same basic template with no cliches. Coleman employs the standard-issue big, screaming confrontation precipitated by a party game. Karam knows such set-ups and blow-ups rarely occurs in real life and wisely avoids this overused gambit which we’ve in such classics as Who’s Afraid of Virginia Woolf? and The Boys in the Band. While Domingo displays wit and compassion for his characters, too much of Dot descends into familiar family-drama and sitcom tropes.

That’s a shame because the play starts off so promisingly. We’re in a chaotic kitchen, designed with an expert eye for domestic detail by Allen Moyer. It’s two days before Christmas and eldest daughter Shelly, a single mom and lawyer, has summoned her siblings Donnie and Averie to help cope with their mother Dotty who is drifting into dementia (another plot element shared with The Humans.) As Shelly tries to get the increasingly forgetful Dotty to eat breakfast, former neighbor Jackie visits and unloads her own problems including an affair with a married man resulting in an unwanted pregnancy. It sounds contrived but Coleman injects saucy humor and realistically messy grace notes, creating a believable and insightful first scene.

But the script, acting, and Stroman’s direction becomes increasingly broad as more characters arrive including Adam, Donnie’s husband (of course the gay couple are having relationship problems), and Fidel, Dotty’s cute young home aide from Kazakhstan. Coleman does make some rewardingly unusual choices such as not over-emphasizing the racial and gay aspects of the situation. Dotty and her children are African-American while Jackie, Adam and Fidel are white. But he lets the familiar jokes and melodrama take over.

The characterizations—especially Sharon Washington’s harried but loving Shelly, Marjorie Johnson’s valiant but sinking Dotty, Finnerty Steeves’ befuddled Jackie, and Libya V. Pugh’s buoyant Averie—contain sparks of verisimilitude, but they are drowned out by the play’s excesses.

While Dot employs overused 20th century templates, Pericles throws in everything including the 17th-century equivalent of the kitchen sink. A latter work from the Bard which may have been co-authored by George Wilkins, Pericles borrows elements of The Winter’s Tale, Cymbeline, The Tempest and The Merchant of Venice. There’s also a wicked queen straight out of Snow White, bawdy panderers, bloodthirsty pirates, musicians, and dancers.The titular prince (Christian Camargo) goes through an endless series of adventures including trials by riddle for a future bride, numerous battles, and losing both his wife and daughter only to be miraculously reunited with them years later. Working with an American cast, Nunn almost succeeds in making this combination shaggy-dog story and picaresque romance fun, particularly when we get to a brothel where Pericles’ virtuous child Marina has been brought by the aforementioned pirates. Patrice Johnson Chevannes as a no-nonsense madame and John Keating as her lascivious servant are deliciously dirty when sparring with Lilly Englert’s spunky Marina who is determined to keep her virginity. 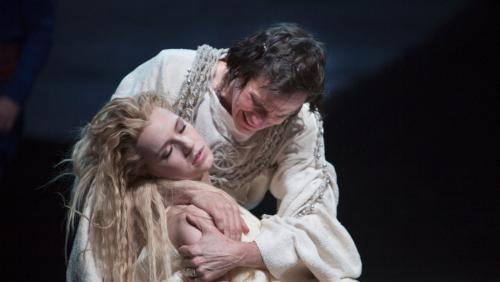 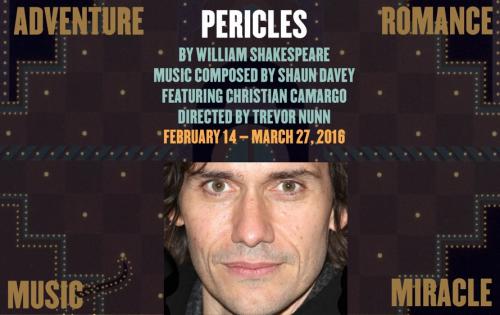 Originally Published on March 1, 2016 in Artsinny.com